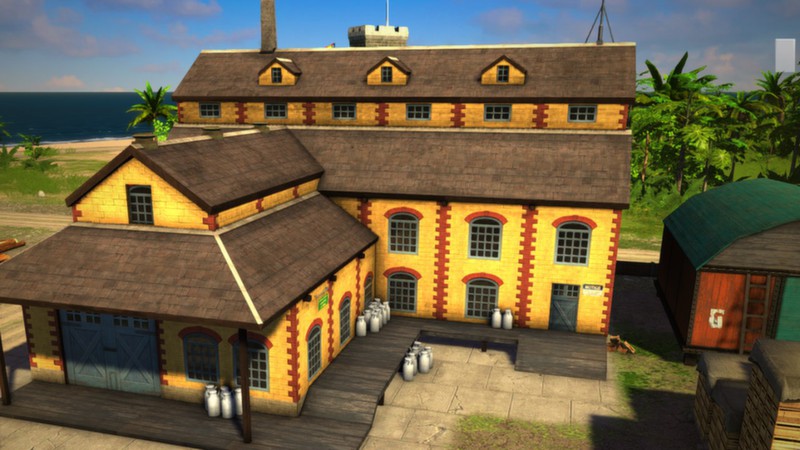 It’s all about cheese in El Presidente’s latest venture. Create and promote an artisan cheese brand by introducing a new production chain with the Creamery: a new building that enables you to make the most of Tropico’s local goats and llamas. Face international competition in an epic quest to create the best cheese in the world and put on the chef’s hat! This add-on includes an all-new sandbox map and task, a standalone scenario, building, avatar accessory and music track! 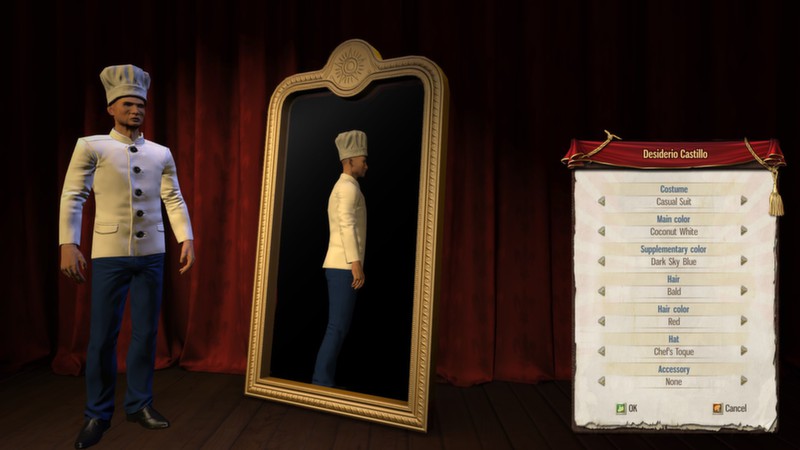 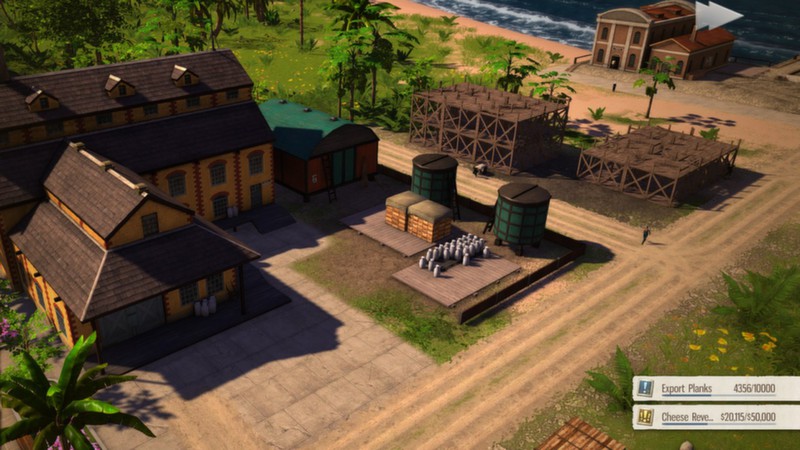 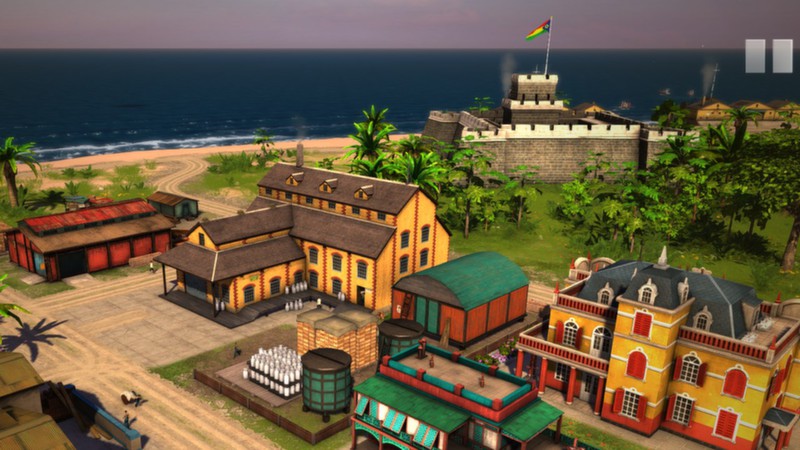 
$4 for a building, enough said these people should be ashamed.. The new building, called "The Creamery" is a fun and interesting addition to the game. A very useful building to have in the Colonial era.. TL;DR at end

honestly, i didn't notice a change (pre-ordered so got this as soon as it came out and i don't play all that much) with this DLC. calling this a DLC is a strech as one building doesn't add much (and this building sucks)

don't get me wrong though. i have enjoyed tropico since i started playing (tropico 3 was my first of the series) and i also enjoy DLCs for games such as Crusader Kings II and Payday 2 - bought nearly all of them as the content was satisfactory. HOWEVER, adding one lack luster building for $3.99 is not worth the money. If say 5-10 buildings were added in then it would be worth the my money. Even probably $10 for 5-10 buildings.

TL;DR Tropico is a game about managing money and making your people happy. Devs want us to lose money and be\u2665\u2665\u2665\u2665\u2665\u2665\u2665\u2665. This is a decent DLC. I got it on sale for $1.40, it is worth it at that price but I can't finish this mission. My economy is booming, problem is the cheese outputs didn't actually leave the dock at the rate I wanted it to (I had over 4,000 per shipment for export, only about 500 left) so that made things slow. To add to this, the mandate ends that quickly that for me on three attempts, the mandate offers you, as the president get, aren't enough.

The building is the only thing I overly like, it provides a good sustainble amount of income.

Purchase on sale, its a good challenge but after three attempts, I gave up. It isn't very optimised task wise as becoming independant barely happens, I got to 62% and nothing happened, I red on the internet someone reached 75%+ and he couldn't declare independance, so its a miss. 4\/10.

Thanks for reading my review! If you like my reviews and care to read more, feel free to join Antwog's Analysis (Reviews). http:\/\/steamcommunity.com\/groups\/AntwogReviews<\/a>

If you have questions comment below or post in Antwog's Analysis (Reviews) general discussion page. If you liked it, give it a rating.. Still bugged. You will not be able to get out of the colonial era.

I'm an experienced player of the series. I've finished the campaigns. I know what i'm doing and how to get out of the colonial era. I had 75% happiness and 80% revolutionary support. The mission to progress never appears.

I thought it was just me until i came here and read everyone elses review. Six months after another person raised the issue and it is still bugged.

I love the content and the idea but it makes this DLC unplayable.

Cons:
- You get a new scenario and new building. The bug in this scenario makes it unplayable and instantly you lose most of the value from buying a new DLC (the scenario).
- Cost. $4 USD is simply too much, i got it on sale for $1.99. You should not buy it for less.

Pros:
+ New building
+ A use for milk
+ An interesting scenario with good text and dialogue (until you cannot progress further). First off, I pre-ordered the game so I got this as soon as it came out. This DLC adds one building that makes cheese, thats it! So it help you off a little in the Colonial era. It gives you some industry but later it is completey useless since there a far more efficient industry buildings. Just wait for a sale if you want this DLC, but overall pertty useless DLC.. Ridiculously expensive for adding one building and one cheap mission. The Creamery itself at leasts provides some amusement in providing extra food as well as entertainment for the workers.


The mission it adds is a colossal scam. You start in the Colonial era and have to export $120,000 worth of cheese. In typical Tropico fashion, there's a horde of problems that come along to stymie this objective, as well as some to help it along by increasing the value of cheese.

I had 3 creameries operating with 6 milk-producing ranches, all the...