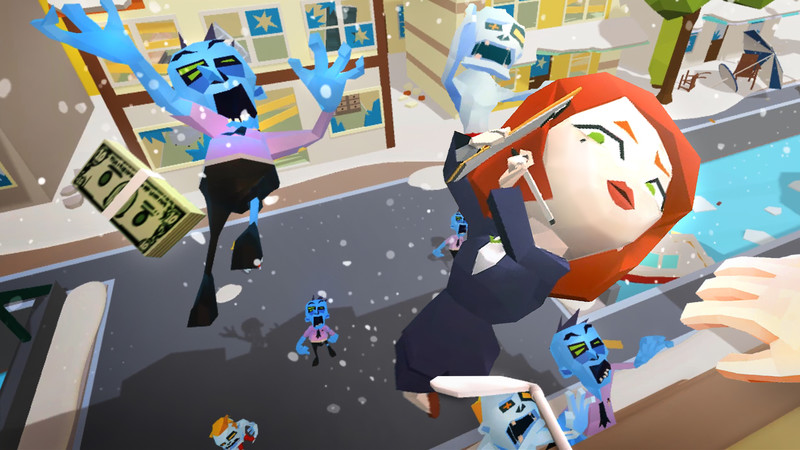 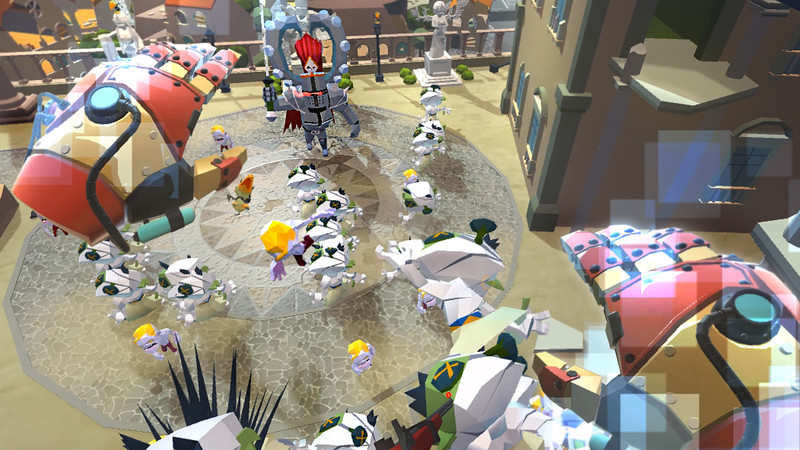 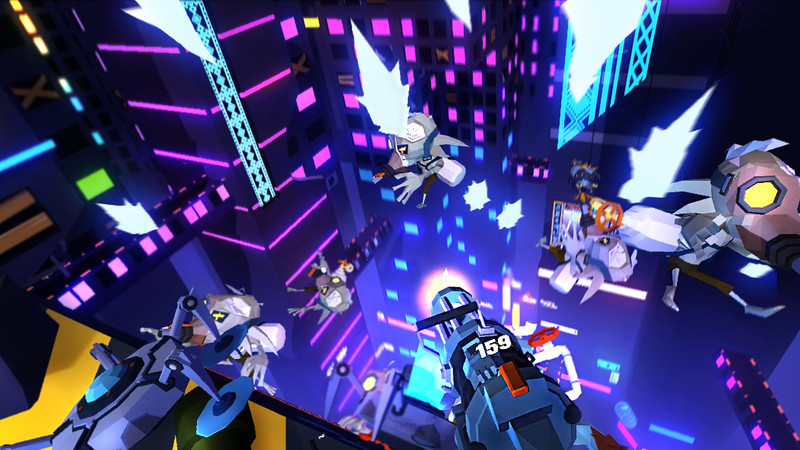 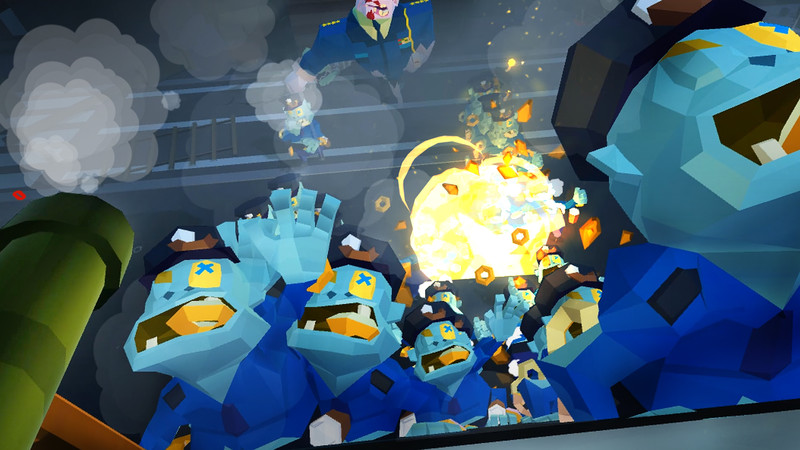 This game has a lot of interesting ideas, but ultimately asks you to throw everything SO FAST that it's hard to enjoy it. While the game is certainly challenging in that regard, I never felt like I wanted to get better at it.

Every level has an NPC screaming at you to NOT throw ANYTHING, no matter how big, small or frequently you're throwing. It becomes grating fast.. I believe low-polygon have it's own feature such as well-matched sd character and unsubstantial saturation. Throw anything include all of them in VR!
Maybe the deduction point of this game is it's difficulty. I couldn't go more than stage 3. But time will solve this problem.. Maybe the graphic is not high-quality, but I like low-poly game!
The gameplay is much more fun than just watching.
When I kill multiple zombies at once, I feel relieve from stress.
Throw your NPC who disturbs you.
stage 3 was quite hard but I made it!
Wish there's item to kill multiple zombies at once such as bigger flamethrower
If you are good at VR game, try this!. This is one of the first VR games I've played, but it is really fun.
I had to get used to throwing things, but with some practice, it gets easier.
One thing I didn't like was when the zombies get real close to you, they almost completely block your view, but it's not a problem if you can keep them at bay! haha
Other than that, I really loved playing it. I especially liked the stage with many rifles because shooting is much easier for me than throwing and the guns are very accurate in this game.
I also like the visual style and speed of the game. The environments and characters are interesting and cool. The speed of the game is perfect. You never get bored while figuring out how to interact with your surroundings while keeping the zombies off your back.
There are plenty of things to figure out to keep you playing and coming back for more so replayability is good!
Overall, this is a fun game and I'd recommend it to anyone who has a VR set!