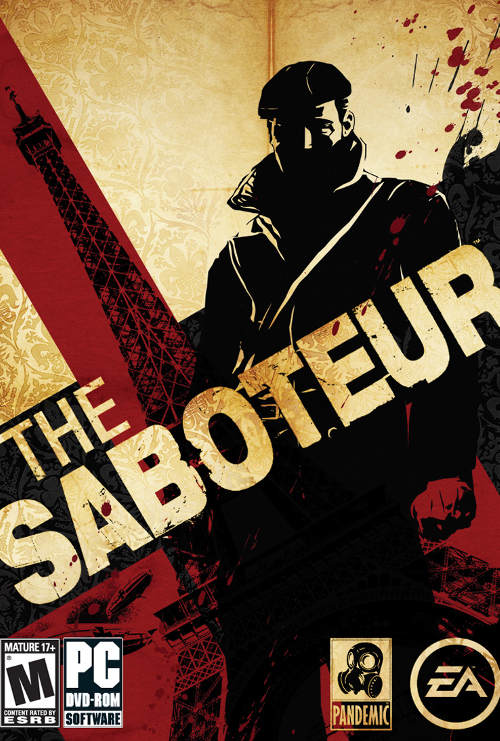 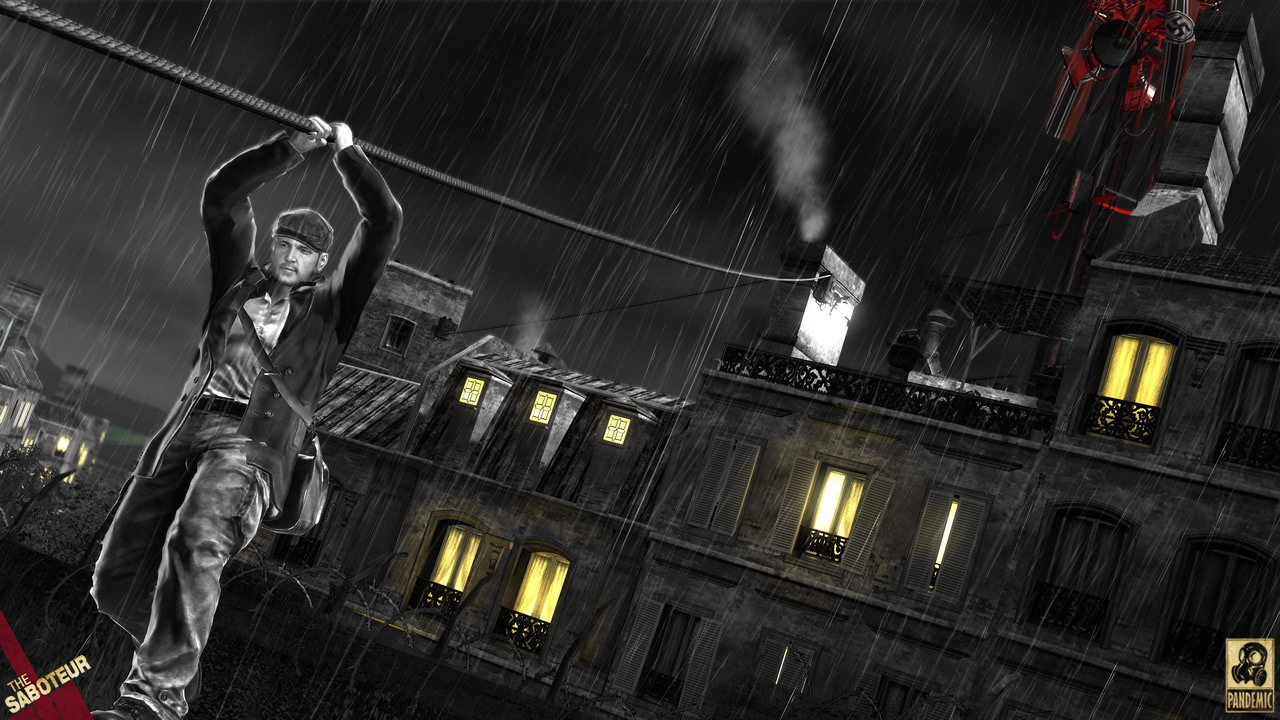 Sean, an Irish racing driver, must help out the French resistance during WWII. The death of his friend Jules, gives him the reason to risk his life.
While the open world and the game mechanics in The Saboteur might remind people of GTA and Assassins Creed you should not approach this as a free roaming game.You will enjoy The Saboteur better if you see it as a chance of playing the lead in your own little Second World War II movie.That way you feel far more immersed with the events and the open world that basically is your playground.You play as Sean Devlin an Irishman who for some reason had to flee Ireland and ends up as a mechanic/race driver that because of another set of events becomes part of the French resistance.The way the story is set up and told is incredibly cinematic and is very compelling.Main goal is to weaken the enemy,in this case the Nazis as much as possible.Which you will accomplish by completing main and side missions and by destroying free play targets.These targets will remain destroyed and at times will make life easier especially when being chased by the Nazis.

What I love about The Saboteur that for the most part you are free to decide how you handle a mission.There are objectives and once you succeed in reaching the objectives they are crossed no matter how you have reached them.You can use stealth,go guns blazing or a combination of both.But of course their are advantages and disadvantages to them.It takes a while getting used to the stealth mechanics since very rarely you are completely hidden or out of sight.That is because the stealth is related to the disguise (uniform) you wear.Other Nazis will grow suspicious of you when you get near them so you have to make sure there is enough distance between you and them.This requires you to keep cool and keep walking until the suspicion meter gets down.Going in shooting is not always recommended since Nazis will come at you non stop.While Sean can take a lot of hits he will die in seconds if you can't manage to flee them.Luckily there is a cover system and once you are covered get your health back.Don't underestimate the shootouts,they are chaotic and intense.Once you are outside the circle that is visible on your hud the alarms go off and things return to normal and you can finish the tasks you are set out to do.In some of the later and longer missions you can use it as a strategy and frankly you will need to for some of those long missions since they require you to blow up several little targets in one big complex and that takes some doing.Although you are helped a little since when you die you don't have to start over.You only have to finish of what is left.

It is said that The Saboteur is pretty easy.While it is forgiving overall there are parts that do add difficulty or tedium that can't be underestimated.Especially when you were so near to reach an objective only to fail because you did not walk fast enough to lower the suspicion meter.But since you are left free to accomplish the missions as you see fit it can't hurt to be a little creative.

In the beginning of the game your world,Paris is pretty much black and white and some red.Very much Sin City like.When you start accomplishing missions you will bring color back to the section you accomplished the mission in and where the people in it will aid you more when fleeing from Nazi's.This aid consists of hiding places and using resistance members you can call in to strike against the enemies.I never made a lot of use of them since those mechanics felt a little clunky but I think with time and patience in learning those functions could make things more easier.The hiding places however are a God sent if you can manage to find them.Gradually Paris will light up and you will get the sense you are doing some good.

The Saboteur in my opinion is a little underrated and unjustly compared to GTA.While there is an open world feel to it most of what you do is connected in the grand scheme of things and makes almost every event or mission more coherent.Some people might complain about some missions being repetitive but honestly how can you get tired of placing bombs at certain targets where unsuspecting Nazi's are standing guard and you steadily walk away to see the target and those Nazi's get blown up.The main story might not be very original but put in the whole occupation setting/ambiance of Paris it certainly offers tension and excitement that makes it stand out.At times it felt like I was playing in scenes of those classic war movies like Guns of The Navarone.Definitely a title worth your time.