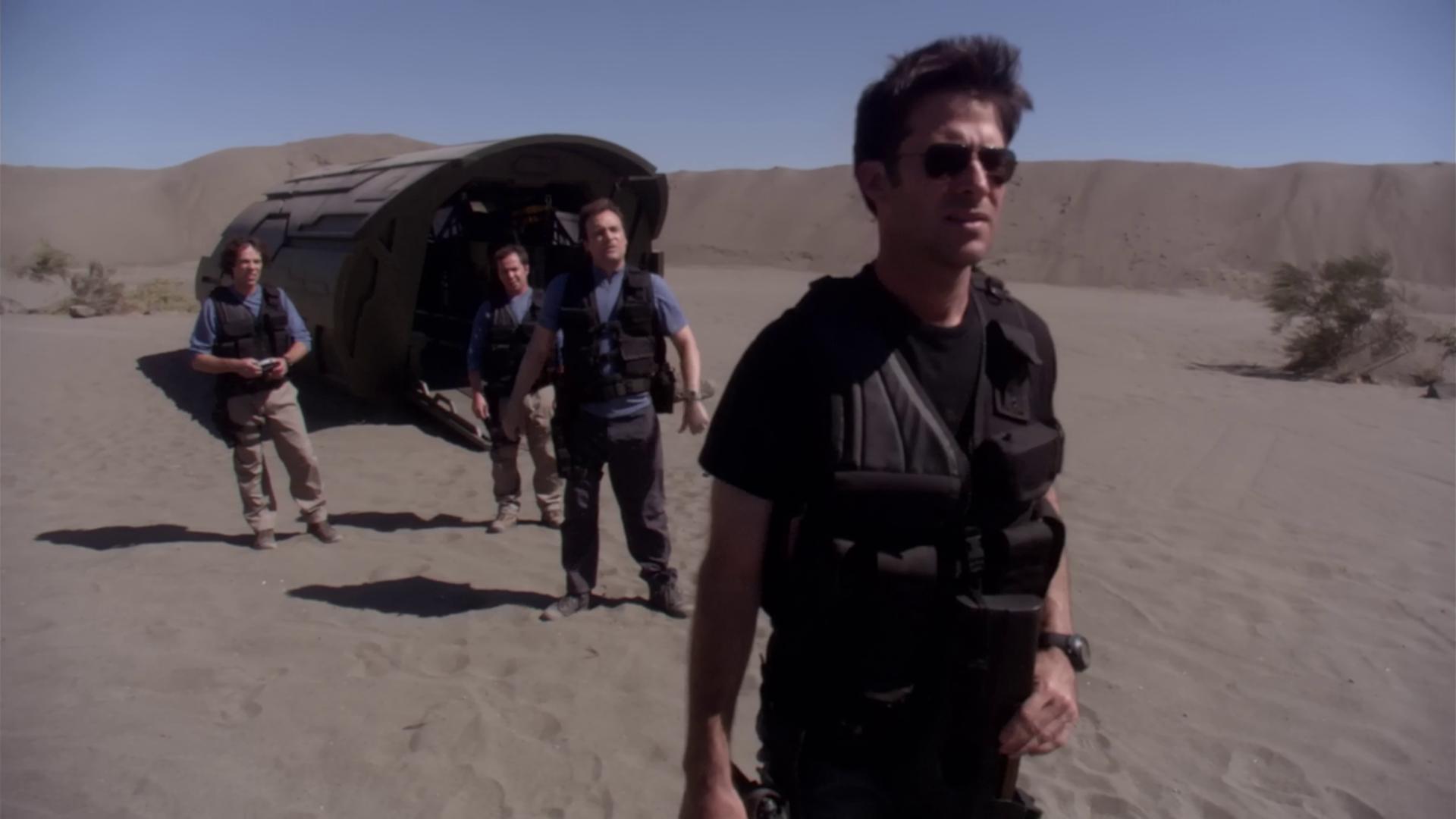 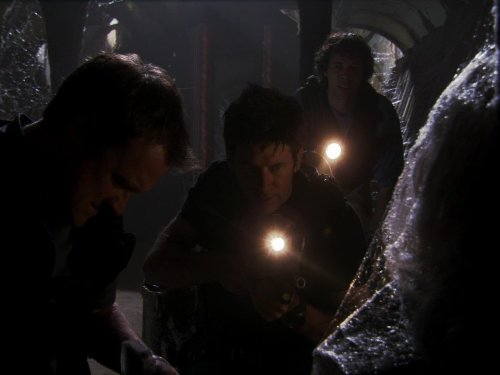 Dr. Brendan Gall, one of the scientists on Atlantis, discovers a Lagrangian point satellite and Sheppard, McKay, Gall and another scientist, Dr. Abrams are sent to investigate. It was used by the Ancients as a last line of defense before Atlantis during the war with the Wraith 10.000 years ago, but it seems to be out of commission. Not long after the team picks up a distress call from a planet nearby. It's coming from a Wraith ship that crashed during the war and the team takes a look. McKay is absolutely convinced no living thing could survive that long, but the team discovers signs of Wraith cannibalism and a storage compartment for humans. McKay begins to doubt his assumption.
Major John Sheppard, Rodney McKay and two scientists explore a planet where a Wraith spaceship, which fell there 10,000 years ago, during the Atlantis-Wraith War, is still sending a SOS signal.
Almost a space western, with a Wraith and Sheppard shooting it out on an alien world.

As stated in the quote section of this episode, there is a very amusing scene in this adventure where Sheppard complains about a Wraith - "He's aboard my ship!" - to which Rodney Mckay responds - "What are you, Captain Kirk...what harm can he do?". In a previous episode McKay was seen watching an old Outer Limits (1963) episode on TV and later mentioning how "weird" it was.

These sort of very detailed references to very old 1960s sci-fi TV shows are not something you often get in most sci-fi TV shows of the current age. Granted, we had Sawyer in Lost (2004) referencing old shows but he never gave us really obscure references like talking about Captain Kirk's love of his ship (the joke probably went over the head of many younger viewers).

The point I am making is that these sort of comments are so vital to the enjoyment of this Stargate series. I just watched The Defiant One last night and now all I remember really well is that Rodney line. But that is not to say this adventure was bad, no, just not something that really stands out in my memory now.