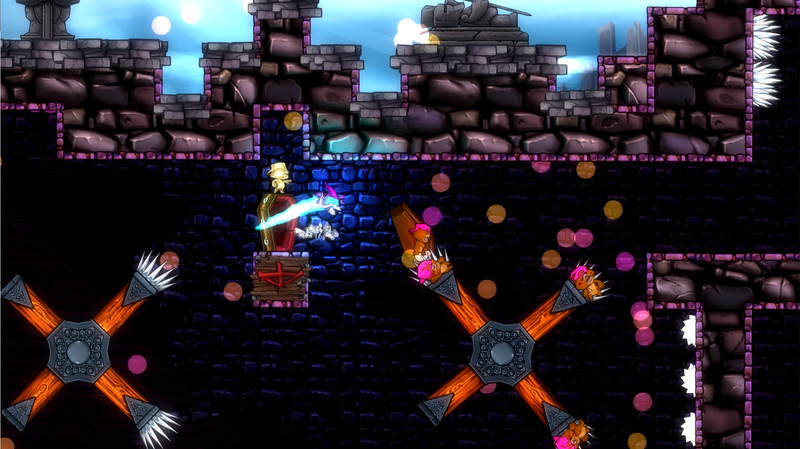 Super Rude Bear Resurrection is an ultra-tight, masocore platformer that anyone can beat! Every time you die, your previous corpses stack up and you can jump on them, push them around and use them as platforms or meatshields. Each death makes the game slightly easier, but it's possible to beat the whole game without dying at all!

Rude Bear is a gangsta bear from East London who's been summoned back in time to medieval England to defeat his mortal nemesis, The Wizard. Face challenges so lethal, you'll (probably) need to be resurrected thousands of times to stand any chance of winning, and defeat the fearsome Guardians of each world. 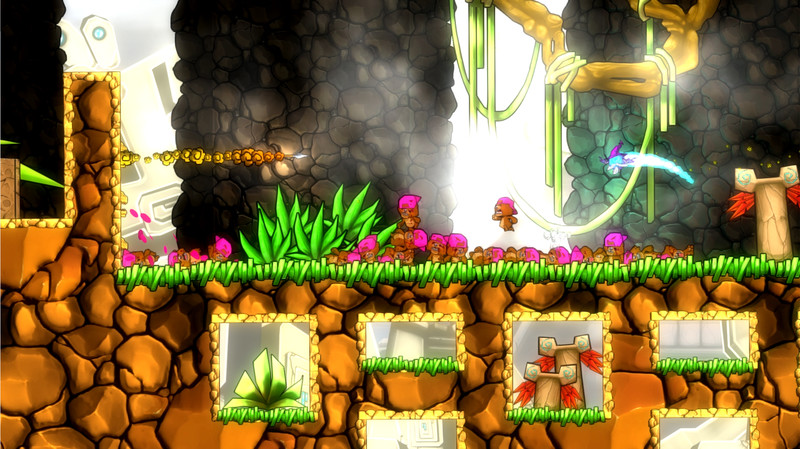 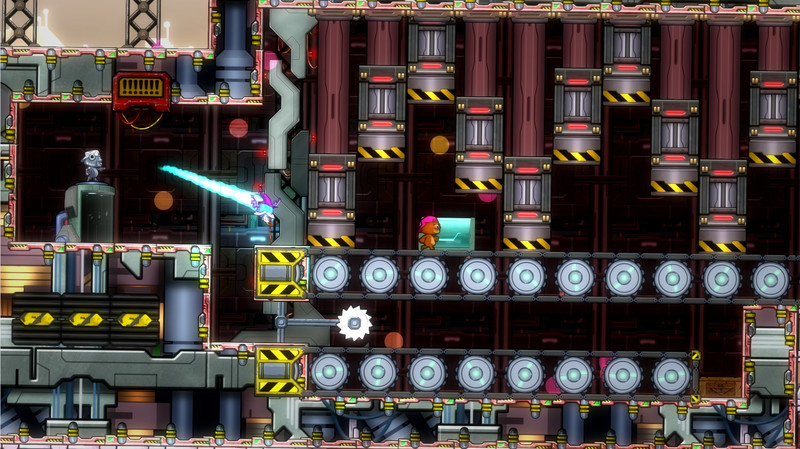 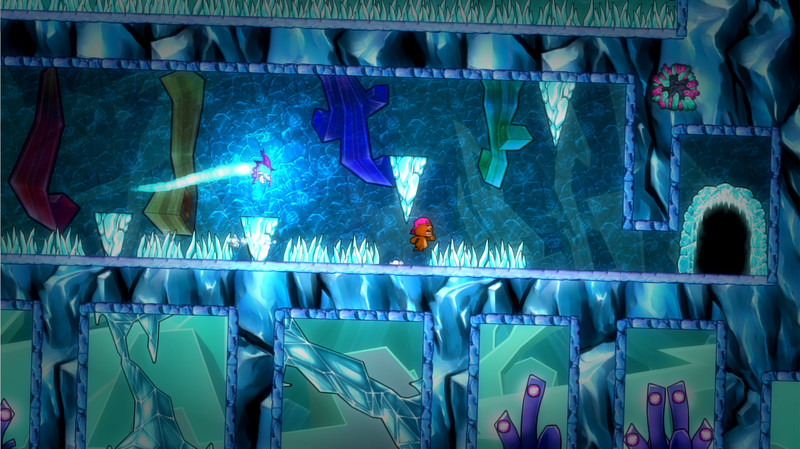 
If you're looking for a super meat boy like game, get that. The corpse usage just feels more like cheating than anything else.

Soundtrack is awful, controls eh, theme and humour are trying too hard and don't work.. Awesome game :D really fun but difficult,couple hours of play time at least. Not a fan of the theme, music, or gameplay. This is simply not my kind of platformer. Glad I didn't pay for it.. Super buggy. Got stuck into tutorial. Sometimes menu doesn't work.. One of those really really hard platformers. You'll die a couple hundred times throughout the game, but fortunatly your corpses persist after death, so things get a little easier the more you die in a particular section, because you can (for instance) plug up all the pointy spikes with dead versions of you.

It's otherwise a mix of features to keep it interesting, some areas are about precision, some are about moving quickly, some are physicy-based puzzles - but you're going to die in droves in all of them, and that's alright too.

Essentially Super Meat Boy on steriods.. I greatly enjoyed the first 6 stages of this game, challenging platforming, good pacing and interesting mechanics, and as a casual playthrough Ithink the game is great, but I was planning to speedrun this game and with stage 7 being auto scroller into auto scroller followed by a water level as endboss this is really making me reconsider..

I'm not sure what to say about this game, this is the first time an ending ruined a game for me like this, went from a solid 9/10 in the first 6 stages to a 6/10.

Newgrounds have announced an art contest for SRBR, with Steam keys to give away as prizes!

If you've got some artistry in your veins, feel free to try and win a copy of SRBR for you or your friends, the results are going to be judged by myself!

Hey guys! To celebrate GDQ, I've teamed up with speedrunning youtuber EZScape to announce a super hard $250 challenge for Rude Bear, since the previous stupidly difficult Rainbow Challenge still hasn't been completed (though people are getting close), there's a new update with a massive new level, and there's a month long competition to win some dollar dollar (USD).

The game is 50% off on Steam for the next fortnight, and the winner is the person who gets: