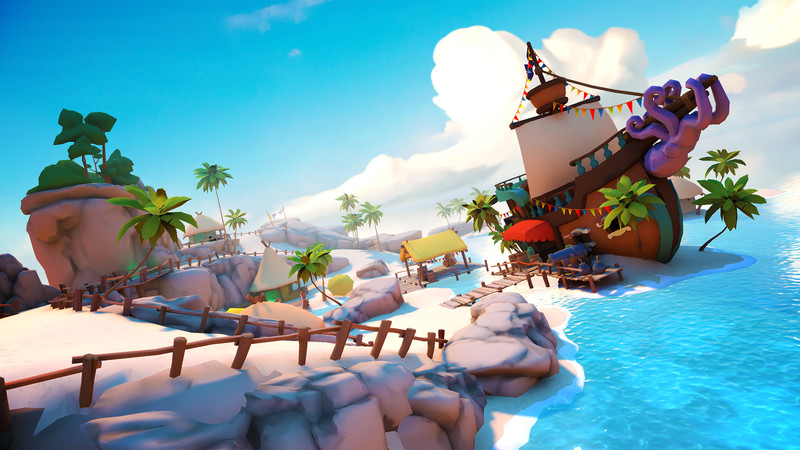 (Important note: This game requires a VR headset to be played!)

SUIT UP - Step into the role of your imaginary, half-baked superhero in this casual, cross platform shooter. Battle solo, online or versus friends in intense free-movement duels! Slightly Heroes is the newest game from the makers of Merry Snowballs.

BATTLE SOLO OR VERSUS FRIENDS
Experience real-time duels against players from all over the world or invite your friends to join a custom match and battle them across a variety of arenas. You can also battle solo against AI opponents in order to train an improve your skills.

CROSS PLATFORM MULTIPLAYER
Meet opponents from all over the world playing on both PC and Mobile VR. Join the Discord community for better matchmaking.

POWER-UPS
Discover fun power-ups and special weapons that add a creative twist to your attacks and that constantly change the rules of the battles.

COLLECT HEROES AND WEAPONS
Unlock a variety of charming characters and weapons with different attributes and play styles.

Features:
- Free movement multiplayer action!
- Cross-platform battles!
- Experience real-time duels against players from all over the world.
- Unlock new, powerful Heroes and weapons that fits your play style!
- Battle solo or against friends.
- Climb to the top of the global and weekly leader boards.

Available for Arcades on SpringboardVR b4d347fde0 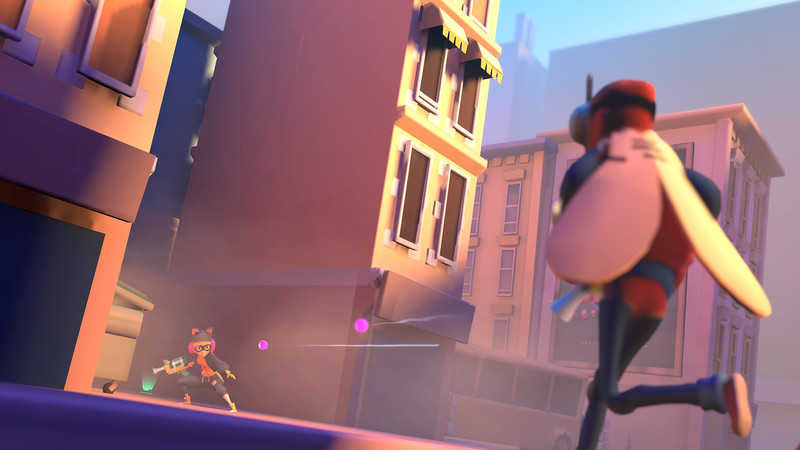 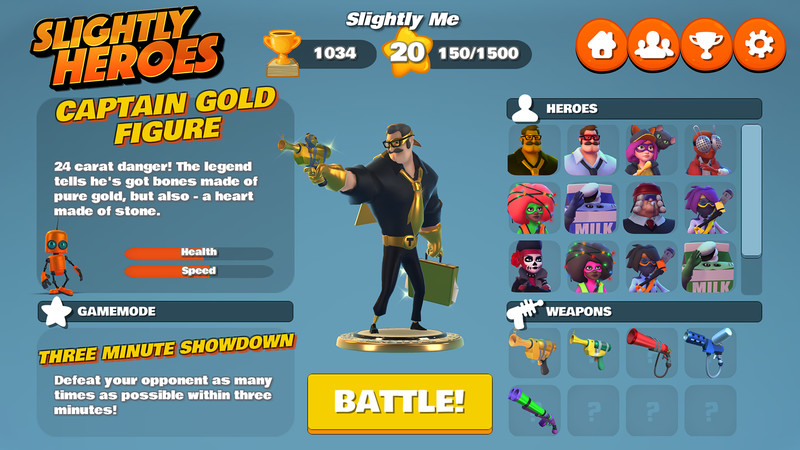 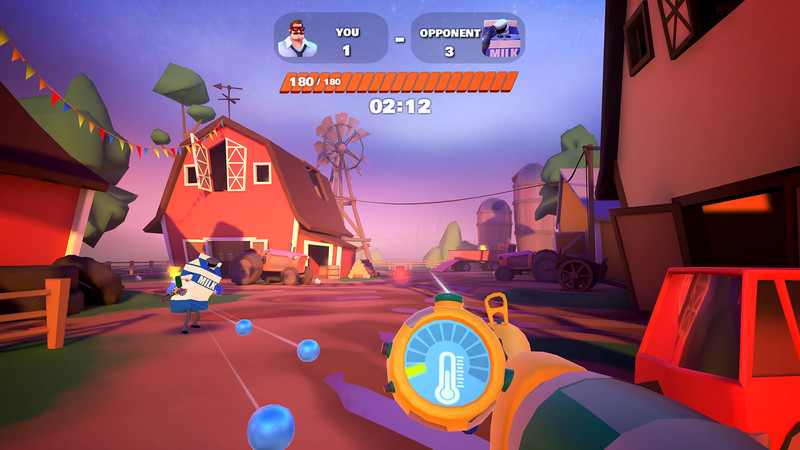 Simple game with short 1v1 PVP matches with cartoon characters. Unfortunately, free movement is the ONLY option, so I\u2019m only able to play a few minutes before motion sickness sets in. Uninstalled. But if you are not sensitive to motion sickness, this could probably be fun with friends for a few minutes now and then.. I'm on a Rift and I love this game. There could be more to it but it's engaging in its simplicity. Very few OP toons. There are some I just can't seem to figure out how to unlock, some guns too. There are also trophies in the game and some people have earned them; they're all high level so maybe you have to get to a certain level to unlock\u2665\u2665\u2665\u2665\u2665\u2665 It would be nice to know.
I've encountered a few people using cheats, quite obviously. Most people playing are honest and are usually victorious based on their skill. Toons and guns are all "equal" in the sense that they all have an equal pool of strength\/energy\/speed; some toons are faster but less tough\/hp; same with guns...sort of. The turning movement is not fluid or smooth which is a big disappoinment but the snap turning has a number of settings which is ok. There aren't very many people playing and playing against the bots gets stale. So BUY THIS GAME SO I CAN PLAY WITH MORE PEOPLE INSTEAD OF BOTS. THANK YOU. :)
Well, I started the review with a "recommend". While the game has amazing potential I unfortunately have to change my review to not recommending in it's current condition. Two major flaws accompany this game that simply can't be overlooked. The first is an extremely low player population and variety. For whatever reason (marketing?), waiting for players can be excruciatingly slow if you can even find one. Fighting bots gets old fast. The only real game is pvp and it's only 1v1. The players are 2 basic categories: kill you before you can look around and proceed to kill you copiously and the here I'm putting this VR on my 5 yr old let's sit back, watch and laugh. So the two extremes. That was player population and variety. The second reason I can't recommend this game currently is because of cheating. Whether this is from external sources (players) or some internal intrinsic problem with game itself is unknown and in fact irrelevant. Some players have a known advantage in which they are immune to certain weapons, coincidentally the top 2 or 3 most powerful weapons you can get in the game. This is huge and needs to be fixed. Time invested to raise yourself ever so slightly (10hrs) can be lost by playing one low level cheater (or person with an advantage).. This game is awesome..
You should buy it while its on 90% sale!