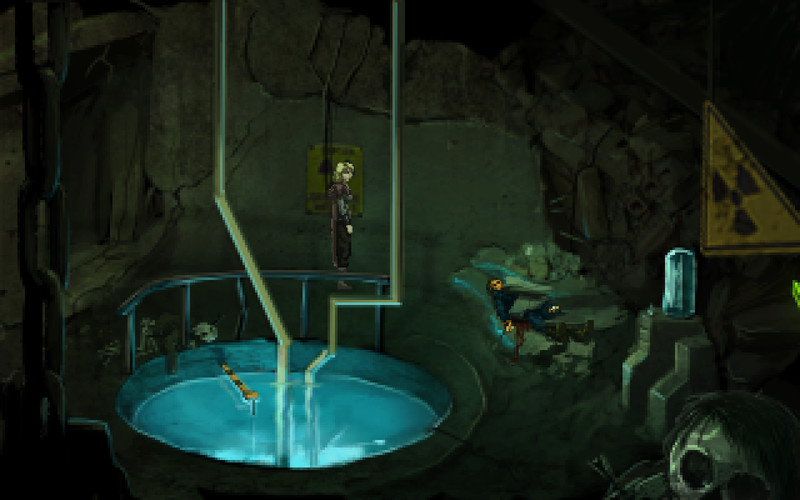 The world ended on the day the bombs fell. Since then, it’s always been like this: disease, hunger, death. The ruling Aristocrats — a faceless oligarchy that controls all resources — have unchallenged authority. There’s never enough food, water, or vaccine to go around. The rich receive regular doses of vaccinations in exchange for their unconditional government support. The poor live in fear, superstition, and squalor until they die.

Amy Wellard, a young woman reluctantly working for the government to qualify for the vaccine lottery, believes there’s a cure — and she’s going to find it. Even if it costs her her life. d859598525 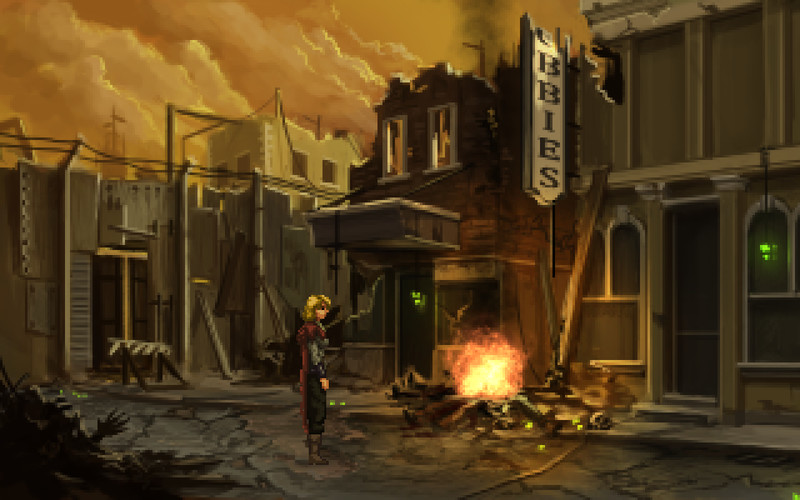 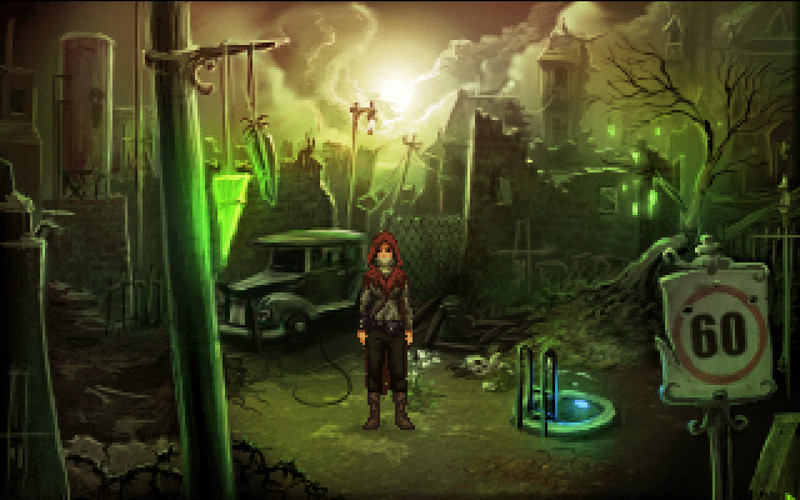 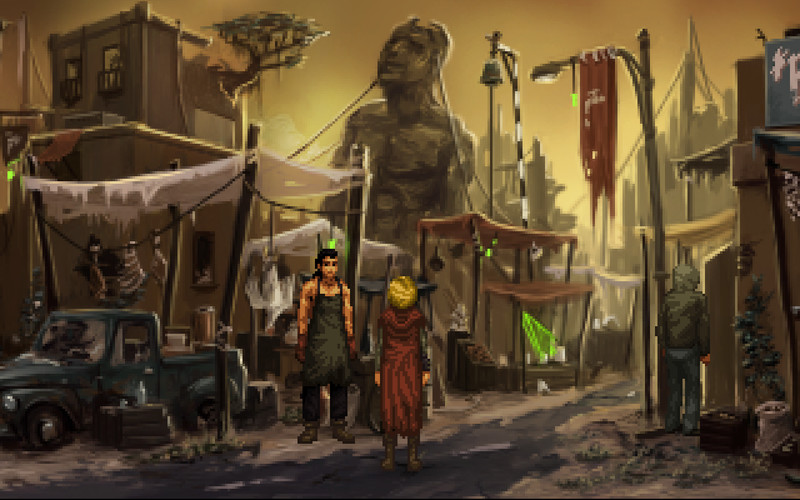 
Seems redundant to call a post-apocalyptic game "sad," but there you go.

Not bawl-your-eyes-out sad; and not melancholy, which is like sadness for hipsters. There's a moment early on that sums it up perfectly.

Outside your garage (that's also your house) you can stop and play jumprope with some neighborhood kids, and as you're jumping you sing different rhymes to keep the time. The rhymes are all familiar, but the lyrics are all about death and disease. The kids just casually sing them as if it's nothing out of the ordinary. That one little understated storytelling device tells you all about the unhappy state of things.

It's the sort of tender sadness where you ache for this world and its people. Everyone you meet goes about life with a quiet determination, making the best of things with a faint smile and looking for little glints of light where they can. Hence the title, I guess?

The main character fits right in with the rest of them. It's nice that they didn't give her the All-Powerful MacGuffin or make her the Chosen One. She's just a normal person choosing to be brave in the face of bad circumstances. They let you get to know her a little and give her a real understated warmth and likeability without being too overbearing about it.

Most of these point-and-click games grind to a halt at one point or another, either because the item you need is lost in the background or because they expect you to solve a puzzle with an implausible combination of items. There are a couple of head-scratchers here, but mostly the game maintains a good flow.

It really comes down to communication with the player and it's reflected in the gameplay as much as in the story as the events progress. This is a story that truly does unfold. It starts off small and escalates until by the end it's an all-out Hamlet act V bloodbath that reshapes society.

I only wish that I could have found a way to decrease the display to a smaller window so I didn't feel like I was studying a classical mosaic. Don't worry about it, though. This game is really good.

You can find more indie game reviews at https:\/\/oddlittlegames.com<\/a> or visit my curator page. <\/a> Thanks, and enjoy!. It's hard to give a "thumbs down," for this one, because it's a solid Wadjet Eye game, if you're into that kind of thing. For me, the inventory puzzles and the point\/click pixellated graphics gets tedious, but there was an interesting story and some nice characters. You just have to be in the mood for one of these old-school adventure point n clicks.. A classic point-and-click adventure game that will keep you engaged all the way through.

+ Visuals : I know, weird to say about a wadjet game, but the environments look great for pixel graphics
+ Puzzle complexity : hard enough not to be boring, easy enough to keep you sane

+\/- Story : Servicable, nothing groundbreaking. Beautiful art,nice music with good story.
You can play it only right hand to click,enjoy the story slowly.