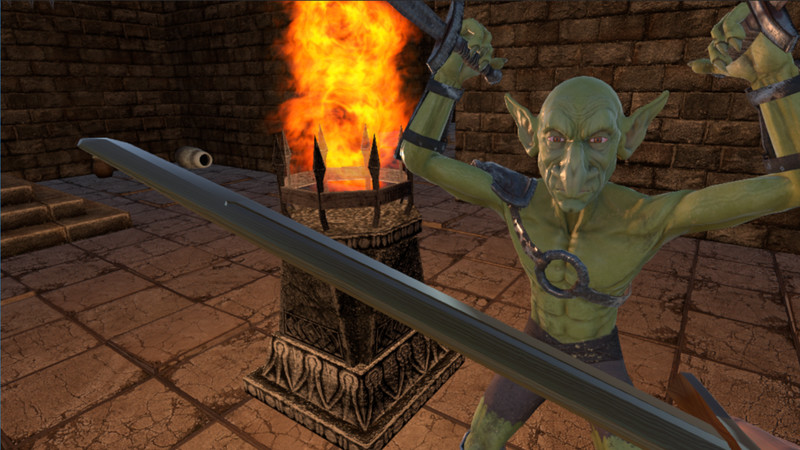 IMPORTANT! Development of Sellsword VR is on hold right now!

Sellsword VR is a Virtual Reality Action RPG for the HTC Vive and Oculus Rift+Touch.

Join the Mercenary's Guild in search of fame and fortune. In your adventures, you'll explore dark caves, search forgotten temples for rare artifacts, and defeat treacherous enemies. Realistic melee combat allows you to fully immerse yourself in glorious battle. Complete missions to earn experience and gold, and unlock powerful weapons and abilities to help you defeat your enemies. Don't just watch the adventure - LIVE IT.

We are an Early Access title! Please look at our forums BEFORE YOU BUY to see what's currently in the game, and what we are working on. Nobody likes disappointment!

For several generations, the King's Guard has kept vigilant watch over the kingdom, resulting in the longest period of peace ever known. The people no longer worry about security or threats from monsters or man, free to pursue their passions rather than learn swordplay and magic. All was peaceful - but peace rarely lasts forever. Monsters are sighted on the edge of town. Fields of grain go barren with no explanation. Traders leave town to procure supplies, never to be heard from again.

The King's Guard is nowhere to be found. Have they forsaken the people? Why do they let these fearsome threats roam unchecked?

The people, desperate for aid, have nowhere to turn. Few remember a time before the King's Guard. Rumors tell of a Mercenary's Guild that was once home to powerful mages, fearsome warriors, clever rogues - all champions of battle who could be relied upon to accomplish any task - for a fee, of course. Long abandoned in an era of peace, the guild's fabled home now serves as a tavern for weary travelers. The old barkeep, always keen to share old stories and legends, recants tales of adventure and glorious battle to anyone willing to listen. Most think his stories are fables; yet another clever ruse to keep mead and coin flowing in the old place. 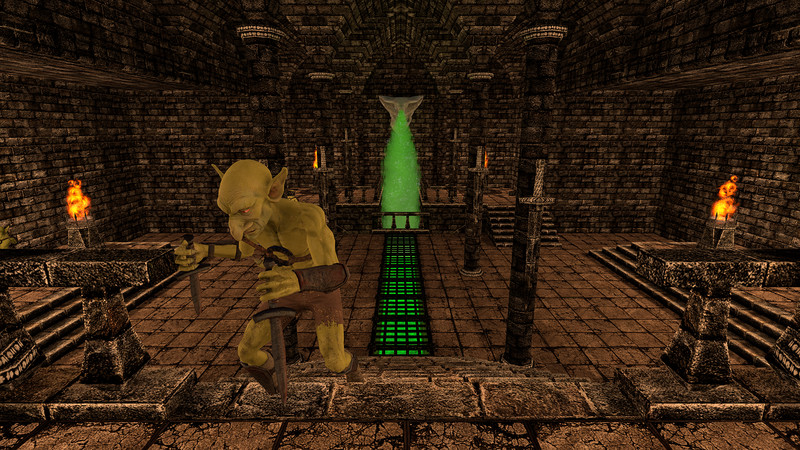 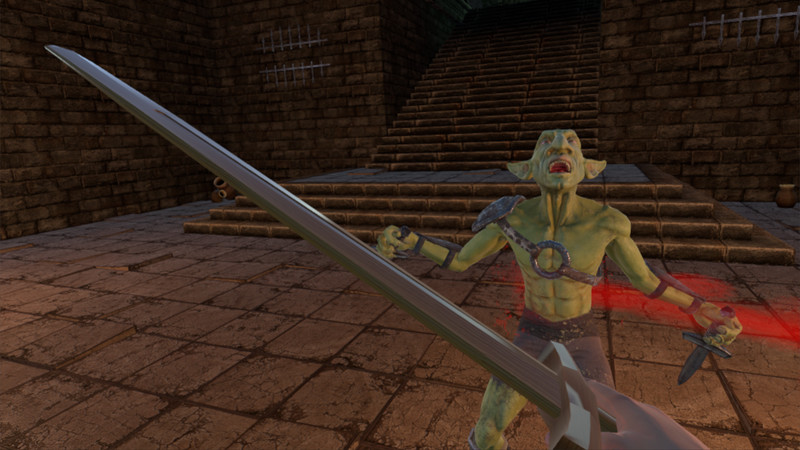 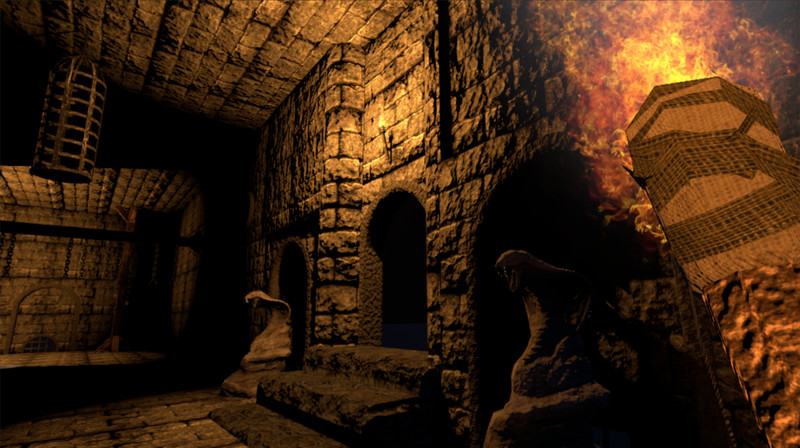 The game is quite rough around the edges, it has a long way to go if it is to compete with the likes of Gorn or even Swordmaster VR.

Very interesting concept\/enhancement for the games when it's farther along... but as of this writing it has playability problems that make things a bit difficult to play with.

I'm looking forward to the fixes in later versions. It looks like a lot of fun, but I would advise waiting... just in case.