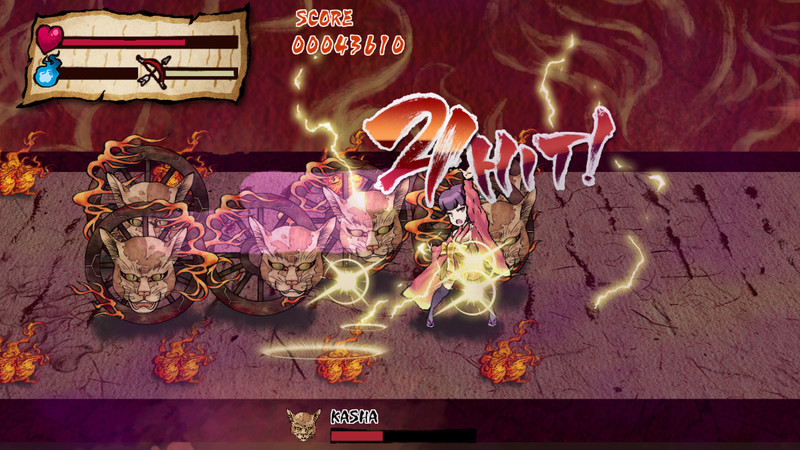 Princess Kaguya is a Japanese-style beat ’em up game. Play as a beautiful princess dressed in traditional Japanese garb, and battle enemies using a kendama stick and a bow and arrows as weapons!
Switch weapons according to the type of enemy you’re battling, and smash through hordes of enemies using special moves.
Control an adorable character to battle your way through in this light-hearted action game.
The central theme is loosely based on the ancient Japanese folktale called the Taketori Monogatari.

Once upon a time, the Wicked God brought great calamities upon this world.
It spread a deadly plague and sent forth the Evil Spirits of Rivers and Mountains to attack the people.

Amidst the despair, a celestial maiden descended from the moon.
This maiden used her mysterious powers to seal the Wicked God in a single scroll...
And thus, the world once again returned to tranquility.
The celestial maiden remained in this realm to guard the sealed scroll.

Ages had passed, and an era called the “Heian” had arrived.
Among the descendants of the celestial maiden were two princesses. They were twin sisters—one named Kaguya, and the other named Sakuya.
They were destined to one day inherit the duty of keeping the Wicked God sealed within the scroll. 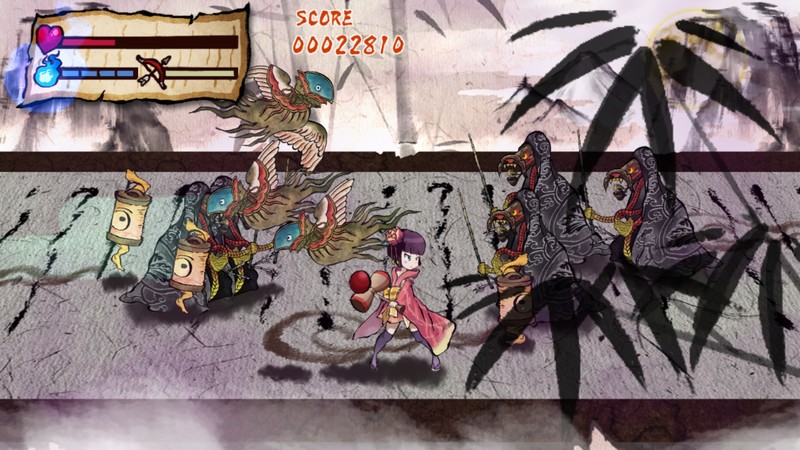 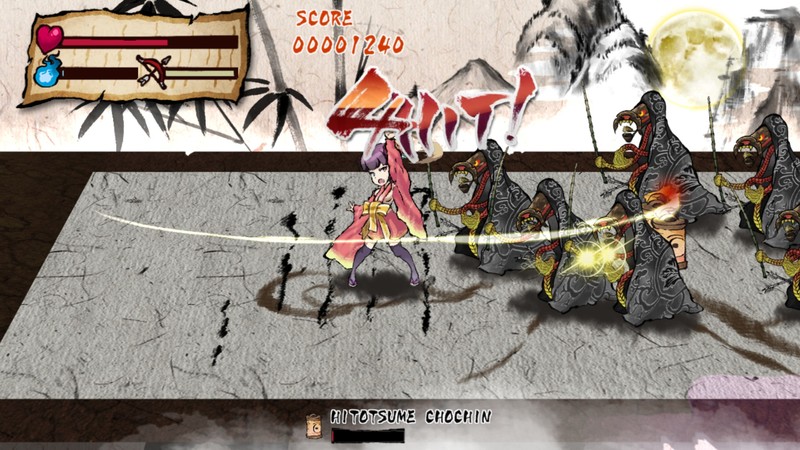 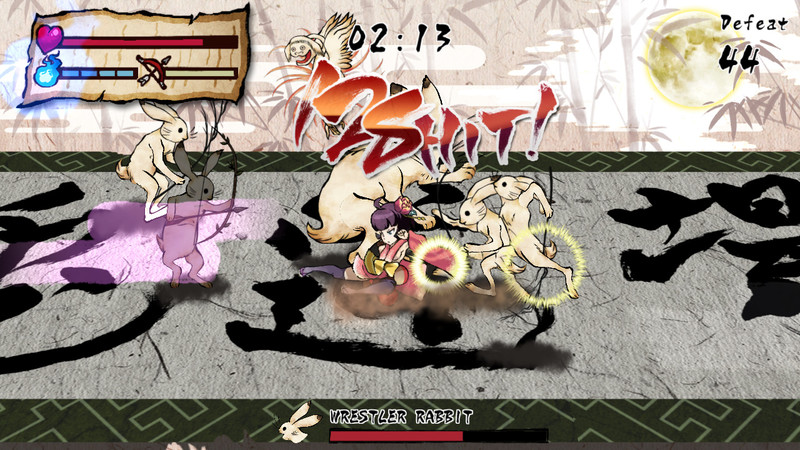 
this is the best game of all time. This is a fun little game that feels like a mash-up of Samurai Warriors crossed with the old 4 Player Teenage Mutant Ninja Turtles from the arcades way back in the day with the fable like elements of Okami tossed in.

I love the character designs (Kaguya is adorable), the music is great, and the attacks (both normal and special) are really impressive - I mean come on, a rabbit archery brigade just looks hilarious.

Now, the movement is a little stiff in that it is strictly 4 directionial, but once you start to get used to that, the game does become a lot easier to navigate around in. One other thing worth mentioning is that while playing, try not to button mash like you might in say Samurai Warriors\/Dynasty Warriors. Button mashing will get you creamed here (you can't move an attack at the same time); so keep your attacks light so you keep your feet moving and you'll have a lot of fun with Princess Kaguya.. its like 2D DMC
but with loli Princess
11/10. This game has beautiful artwork and lovely music. The fact that the heroine uses a kendama stick as a weapon and can call upon bunny archers made this game intriguing and fun to me. The controls do take some getting used to such as a separate button to fire your arrows in an upward arc compared to firing your arrows in a straight path. The controls and hit detection could be improved some but I still had a lot of fun. I would suggest getting this if you like Japanese culture and a good beat em up, but I would recommend, like other reviewers, to purchase while on sale. Overall a fun game.. This game is... odd. First, the controls are no where near intuitive. They also have a bad habit of making one's fingers\/hands cramp up. Might be better with an actual controller. The music is nice, but I seem to be... missing the point of the game besides smashing wierd things.

I will recommend the game, but would suggest caution for those who aren't into odd things.