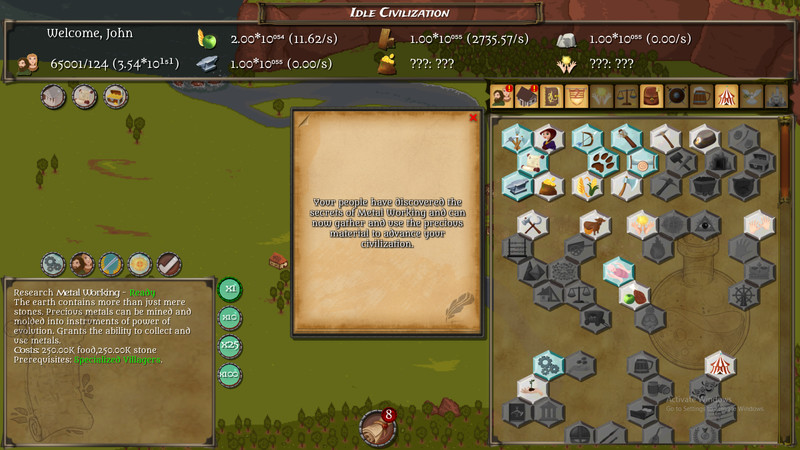 Enter the vast lands of Communia, the magical planet that goes on forever. Or at least it looks that way. Several hundred colonies later people still have reported absolutely no end in sight and no familiar sights whatsoever. Goes without saying that it's an easy job to find an hitherto uninhabited place and claim it as your own. So take command of a pair of villagers, help them build and grow and expand your village...until it turns into a town, a duchy, a kingdom. When that becomes unsatisfactory, turn your kingdom into an empire, conquer your smaller neighbors, trade with your bigger neighbors, raid and explore, send heroes on missions and grow, grow, grow!

So what is this?


Much like the title says, the game has its roots in the "idle" genre and indeed it was such when it first started out. But it has evolved into so much more that, in the current incarnation, I can proudly say it's a full-fledged civilization builder.
Idle Civilization offers depth and complexity that most idle games do not. Yes, you will see big numbers, yes, you will only go upwards and rarely downward, yes you will have a prestige system and other classic elements, but you will have so much more to manage and entertain yourself with than in your average game in the genre.

Alright, so what should we look forward to?


- over 30 buildings
- over 60 researches
- 6 deities to worship with unique powers
- a randomized map full of towns and villages to conquer on each colony
- ruins to explore in search of ancient magical fragments
- mighty heroes to send on epic adventures to gain loot and glory
- unique wonders of the world
- diplomacy and cultural events
- random events
- lots of achievements
- a compelling colony system
- offline progress
- and more... (there's always more and more)

So what this game isn't


This game isn't something like Sid Meier's Civilization. This is a management game where you oversee your civilization from various panels and buttons and sliders and commands. Well I guess you can see that from the screenshots and videos but it doesn't hurt to state it again.

And who are you?


I'm a fledgling developer from Romania, working on this project mostly alone (with help from a dear writer friend for the lore, game newspaper and quest texts/direction) and hoping to bring you something that you will enjoy for hours upon hours. Others have!

Wait, others have already enjoyed this?


Yes, I've been working on this game since early 2015 and the game started out as a browser game and it's currently enjoyed over 500,000 plays. You can still play it on Kongregate but the Steam version will have features, wonders, areas and generally content that the web version will not have going forward. I feel the game has matured enough so that it can be considered a full (albeit small) indie game that deserves a PC release. If you feel the same way, please vote for it. If you don't like it, please let me know what exactly you would like to see or what bothers you.

I'm always available for inquiries through the discussion thread or through email at support@verysimpleideastudios.com 6d5b4406ea 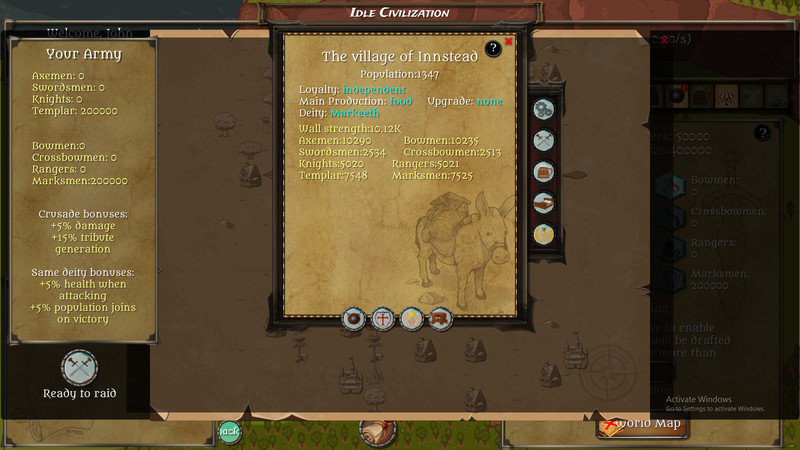 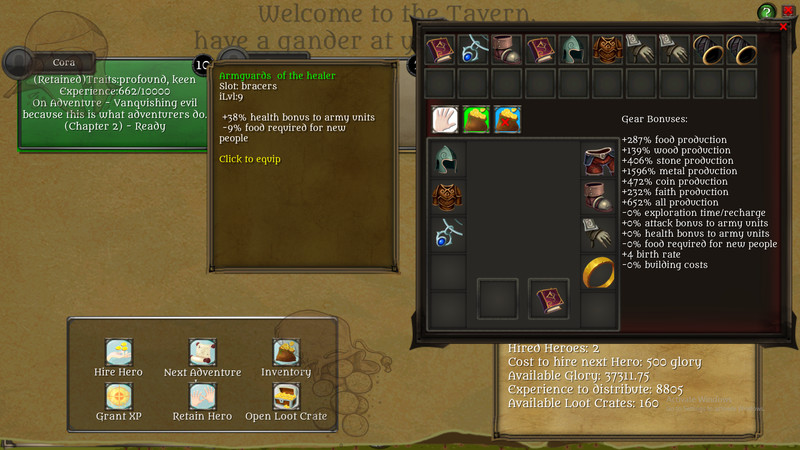 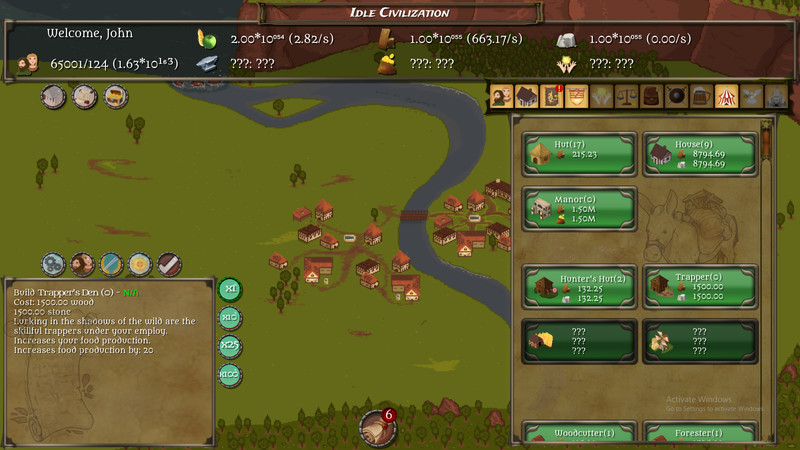