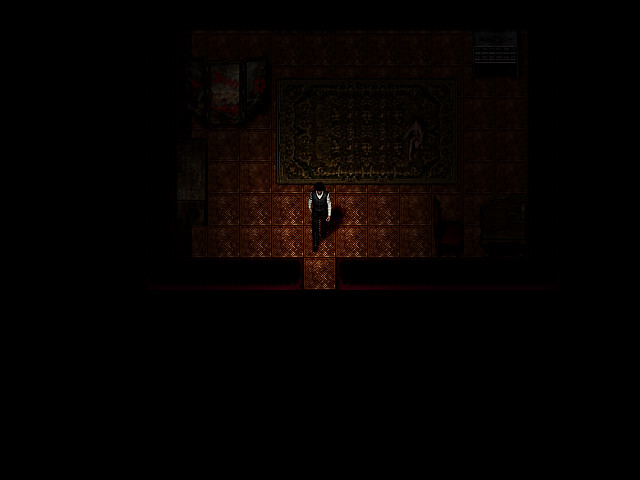 What would you do if the hotel you checked in for the night turned into a death trap?
Hotel Anatolia is a short, terrifying horror game which is about a man trying to run away from his past. You will put yourself into Aras' shoes and check into Hotel Anatolia at midnight with your wife. You are tired and you will fall asleep without a thought in mind. What would you do if you find the hotel in ruins, drenched in blood and filled with horrifying creatures lurking in the hallways when you wake up ? Your wife is missing, you have to find her and get out of the hotel.
Features 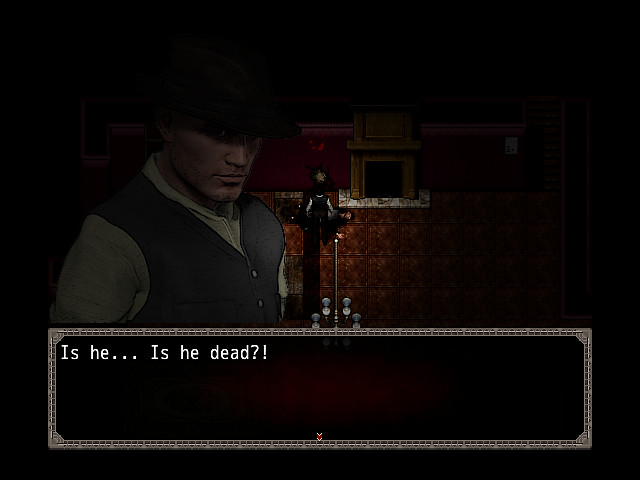 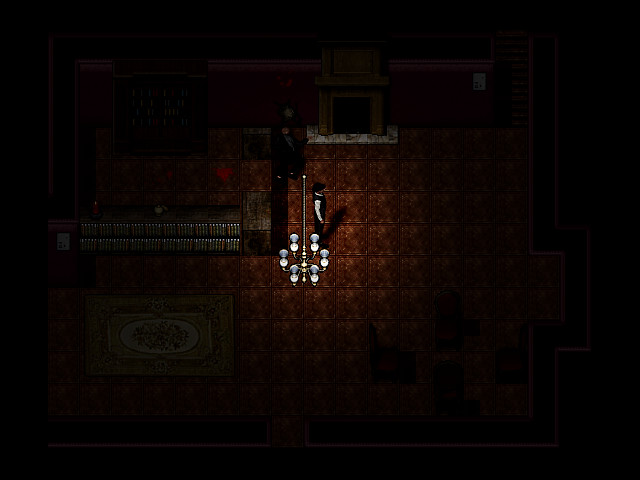 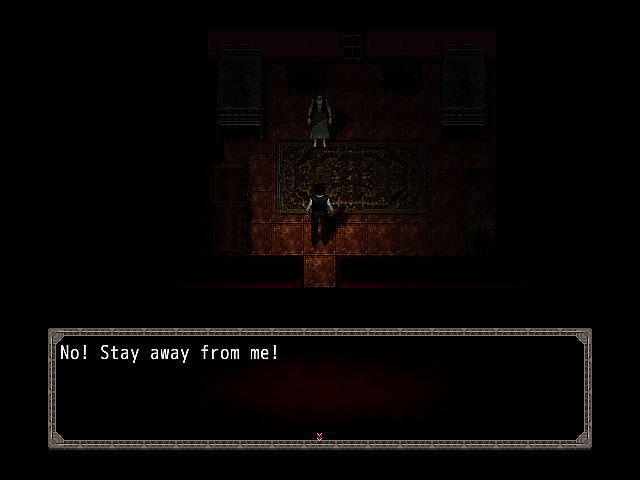 This game should be free, in my opinion. With simple, unchanging puzzles, a cliche story, and only two endings that I can determine after making several different choices within the game, Hotel Anatolia feels like a "freeware" horror game, such as the Witch's House or Mad Father. Do not be mistaken, however, for it lacks the charm of Mad Father, and the eerieness of the Witch's House.
If you are familiar with "freeware" games, this is very similar to that style. Gameplay primarily consists of collecting keys and a few notes. There are a couple obligatory chase scenes so that way the game can have some sense of horror to it, although trial and error puzzles during two of those chases towards the end really drag the game down.
Additionally, the game sets you up to believe there are several endings, a combination of the two choices you can make during the game. However, there is only a A and a B ending to this game, the other choice results in a change to the story, but not a change to the ending.

I enjoyed the game, it was a good use of thirty minutes, during which I beat the game several times in an effort to find any multiple endings. The game is not difficult except for the puzzles and the kitchen chase scene, which evidently also has a puzzle in it. It relies, in my opinion, a little too much on trial and error.

I suggest playing it with a friend watching you. You could take a shot whenever you pick up a new key.

. I didn't think it was possible, but I was disapointed by a 49 cent game.

I will credit the game with this much: The creator very clearly had a decent amount of ambition, using 3D models in an engine that normally only uses sprites, and generally tries to be something a little bit different than the usual fair for RPG Maker horror games. Unfortunately, between the poor writing, the mediocre attempts at atmosphere, the overall ugliness of basically everything on display, it is fairly clear that this game was made with more ambition than skill.. https:\/\/youtu.be\/VCCmjRhA0ts<\/a>

So this is a rare occurence - I have changed my review from negative to positive becuase the developer has patched this game based on community feedback, and sorted most of the technical issues that I encountered. Also the phone puzzle has been patched so it now much easier to solve.

So in a nutshell, hotel anatolia, is a short 'horror' game built on the RPGmaker engine. Obviously that means visuals are nothing too stunning, but they do the job in a workman like way. The puzzle elements are pretty llight and the english translations are far better than most horror games in this price bracket.

So 80pence feels like a fair price, now that the bugs have been squashed. Its still not GOTY material but a decent enough time filler.. A nice little bite-sized exploration game with some horror vibes. Honestly I would really want to like it, as I do appreciate the atmosphere, some of the puzzles and the basic idea, but the execution is sadly the thing that pulls this into the "not recommended" side of the scale. There are a lot of small bugs, sound levels are somewhat poorly balanced, grammar isn't all that good and the game is so dark that most of the time I didn't even see the things music and dialogue was trying to warn me about. These wouldn't be a huge issue if the game was free to play, but it isn't. The price is small, but still something I wouldn't ask for a game this unpolished.. English was not the first language of the creator, and it shows. The dialogue is absolutely riddled with phrasing mistakes, stilted dialogue, and even some really egregious spelling and punctuation errors. If you are an individual who is likely to go full 'Grammando' on a game for even a small error, avoid this game *at all costs*. It's painful. Making an advance warning on that.

However, taking into account the fact that the game is not that expensive, and actually has an engaging enough storyline for a quick little wander through, the price is right: the fact it includes Steam Cards helps improve the playability for collectors, and for non-collectors who enjoy a short RPGmaker game run-through. Although it mentions 'multiple endings', those 'multiple endings' equal only a little extra time and a couple different choices.

The story is basic. A couple surprises, but nothing that made me jump out of my chair, screaming and cheering. I went into it 'knowing' exactly what I was going to get (a basic haunted house story) and I wasn't disappointed.... but I wasn't pleasantly surprised, either. If anything, I was pretty disappointed at the seeming lack of even an attempt of tension; even the character's deaths (because yes, you have several ways to die) don't result in anything worth doing for a spectacle, and I don't feel I'm spoiling while saying that. There are a couple moments that had potential, but were ruined by sub-par coding and clipping errors.

This is not the next Corpse Party. Don't hope that it is. It's not programmed well, the dialogue is terrible, the spelling is dreadful. If you have the extra little money to spare, and can enjoy the terrible dialogue and phrasing (or at least endure it), it's a pleasant enough experience with some tension and enough of a good experience that, for the $1 price (.54 on sale!), I don't feel bad about having bought it, and would say that it was worth the hour that it took me to go through. However, as a 'hidden gem'? Not remotely close. I honestly can't recommend it unless you just happen to be looking for a short experience that will give you a one dollar way to kill a couple hours, or cheap Steam cards.

In short, for .50? It's worth the price. For a buck? I'd rather have the dollar burger at McDonald's.. Being fan of puzzle games and hater of zombie-like creatures gives me mixed feelings about this game. I've enjoyed walking around and trying to solve puzzles but the fast moving monster is a cheap way to emphasis the horror theme in my opinion.
Seeing results of my previous choices during the game was really fun and make wonder what would happen if I start over and follow the other path.

The game will not keep you busy for a long time but if you want to try something different, I will recommend Hotel Anatolia if you consider the price as well.

To the developer: I am sure this is just a beginning. Keep up the g...