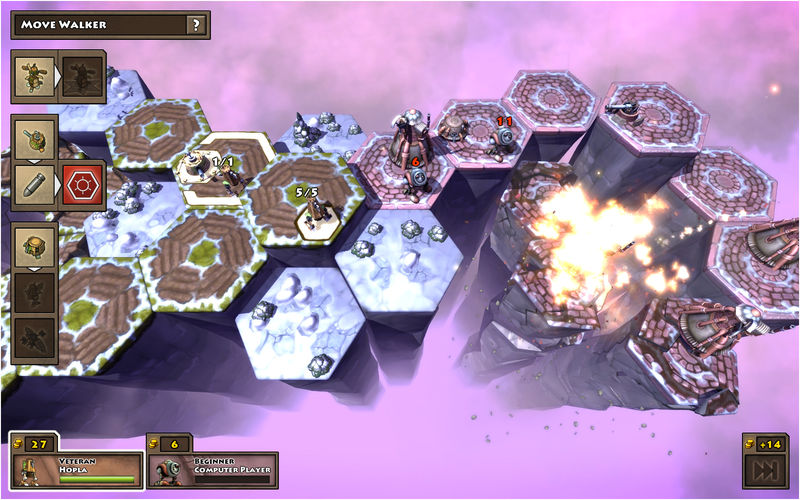 Turn-based strategy at its finest
Greed Corp is an award winning, innovative turn-based strategy game, situated in a rich, fictional world inspired by the industrial revolutions and their destructive effects on the environment. Find the delicate balance between harvesting the land for resources and preserving it to stay alive. Will you defend your territory or sacrifice it to keep it out of enemy hands? Manage the finite available resources to build your army and use the collapsing terrain to your advantage.
Destroy your enemies, or destroy the very land they stand on, before they do it to you. 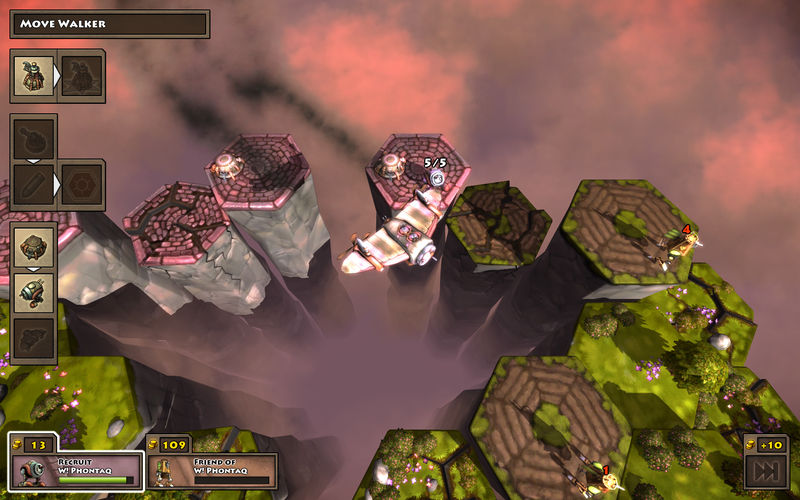 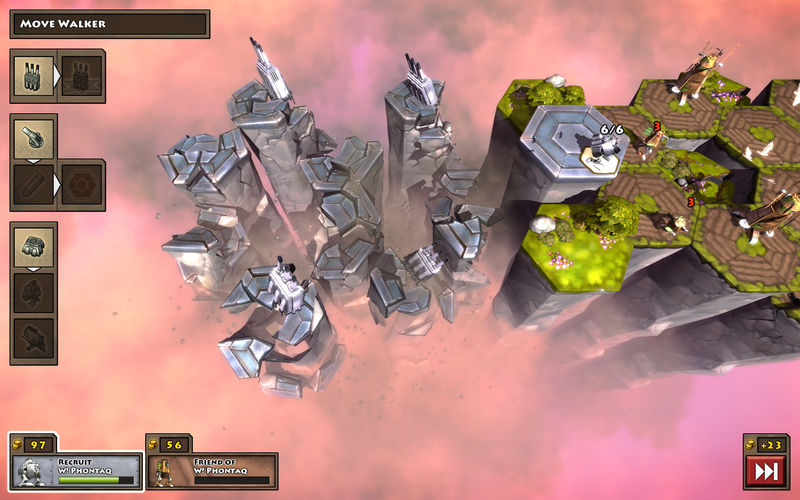 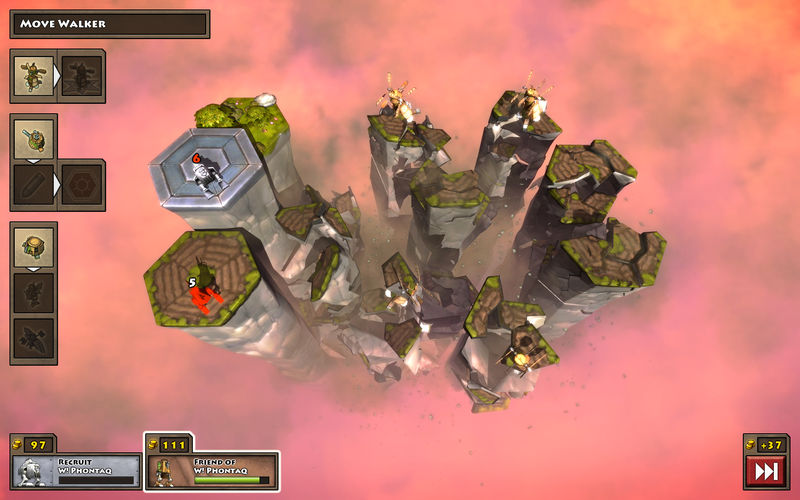 Good game and I really enjoyed it, but it's also fairly flat in depth. There really isn't a lot going on in it. Each battle plays out pretty much the same as the last, with some variations due to differences in map design. Still, I enjoyed the unique combat and how the terrain worked well enough to recommend it. I think everyone should check it out, but after you get how to fight\/win there really isn't anything else going on.. Must play casual game :-). A new take on an old formula. It's RISK gets greedy in this turn-based strategy game. The dice roll mechanics are simplified to a straight "walker vs walker" (the only unit) numbers game with the edge going to the attacker. But then add in buildings, the most iconic of which is the harvester. It adds resources each turn that you can use to build more buildings and walkers, but it also lowers the tile it's on -- until it crumbles and "falls off" the map, taking any of your units and buildings (or the enemy's) on that tile with it. Now start considering those as offensive weapons and the game just got way more interesting.. Interesting strategy game.. I bought this game during the 2014 holiday sale when I had a few bucks left over and nothing else on my wish list. I am very glad I got it now, as opposed to the other prospects I had lined up.

This game plays like Risk, but has some really awesome new mechanics that make the game worth getting. The biggest mechanic is the game's titular use of greed to change the landscape: you can use harvesters to work the land and get money, but ever time you do, the land they stand on is slowly lowered until it collapses. This introduces some seriously awesome strategies in the game; one time I planted a harvester in the middle of an enemy island in order to collapse it and take out everyone on the island. I didn't have to use any of my troops or engage in a time-consuming siege- all I had to do was attack an unprotected square my opponent had left neglected, plant a harvester there, and laugh as the ground literally crumbled under their troops.

This review is getting really long, but let me just tell you this before I finish: GET THIS GAME. It's definitely worth it, and the only things wrong with it aren't even part of the game itself, they're problems with the developer, whom has discontinued supporting the game and thusly Greed Corp's servers are dead.

The campaign is about 10 hours of gameplay, and it's pretty nice. However, the true worth of this game comes from the multiplayer, which can still happen... we always find a way. My only regrets is that this game doesn't have any steam workshop support, and that the developer seems to have done a disappearing act.. Fun little indy game where you get many ideas for strategies and as you go up in the campaign you find that the game only gets harder because they shorten the time you have to make decisions. Unfortunatly you can't undo a descision like in Hero Achademy so if you do a mistake, you are stuck with it, even if it isn't the end of your turn.

Fun for a little while, but soon enough you find yourself getting bored, though it is interesting reading the stories sometimes.. Expected more, especially more fun.. Simple strategic fun. Easy to pick up, making it a good game to play with friends on the fly.. Interesting at first but it gets repetitive real fast.