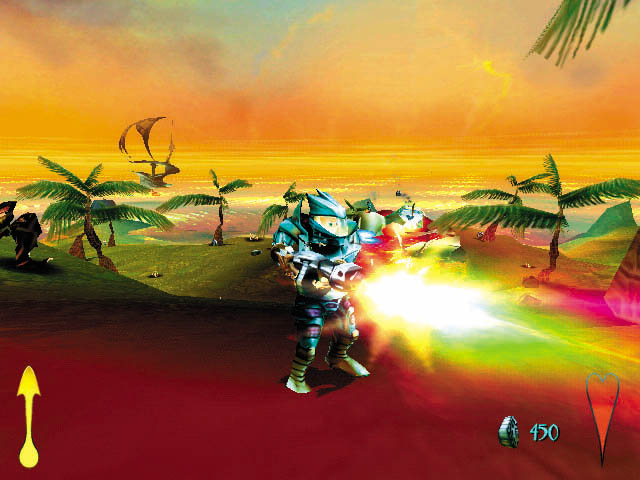 Before man climbed down from the trees to shop in megastores and drink cappuccino, before the Earth wadded itself into a cool blue ball, before the Moon even existed, there was the Island. The Island, a massive fragment of a long-lost planet, hurtling blindly through space. Upon the surface of this paradise wanders the giant, Kabuto. Little does Kabuto know that the Island was home to others before him. In the oceans, there dwells a matriarchal race called the Sea Reapers. In their pride, they created Kabuto, as a defense against intruders. But Kabuto became conscious of himself, his loneliness, his pain - and he went berserk.
Space castaways, the Meccs piloted their ship through space, looking for their missing friends. If you haven’t guessed already, they ended up on the Island. Faced with yet another unscheduled layover while on their way to Planet Majorca, the Meccs decide to make the best of their temporary home. Just their luck - the natives are already embroiled in their own little war, and the Mecc visitors are most unwelcome!
Meccaryns... Sea Reapers... Kabuto... One island isn’t big enough for the three of them. 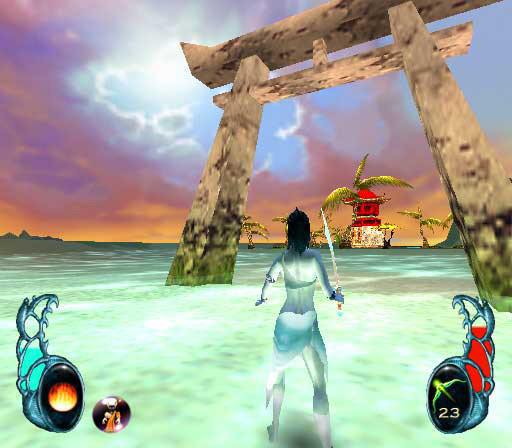 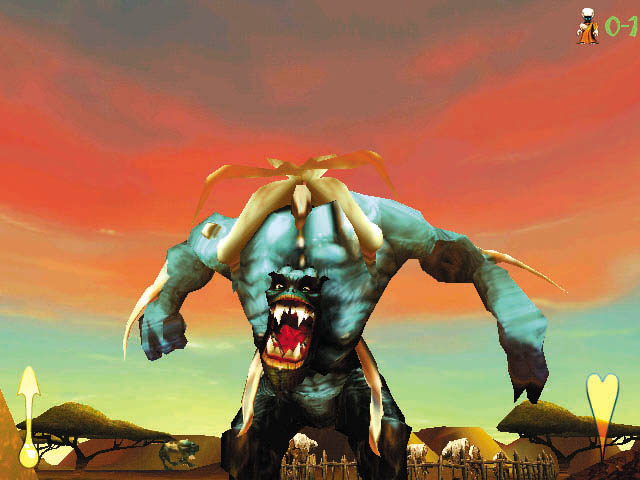 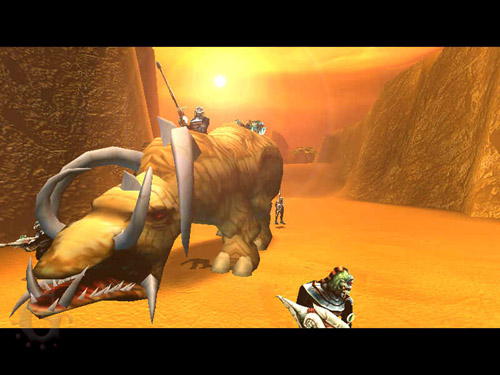 Besides there are 3 completely different and unique races, and you'll get to control EACH one of them:
1. Meccs - weapon wielding humanoids. They rely heavily on tech upgrades and can fly slowly.
2. Sea Reaper - you're gonna control a sexy gal, who doesn't use weapons much but moves really fast and can cast deadly magic spells.
3. Kabuto - a giant monster with a wide range of abilities to crush everything on its path. Oh, and you can also eat enemy soldiers. Yummy! :)

Of course, despite all these fancy traits the game's not perfect. There're a lot of bugs which can be used to trick the game and win easily. And all the different gameplay styles aren't well balanced (you have only one strategic mission for meccs and 3 of them for the sea reaper. Racing levels were also packed together instead of being distributed equally among the missions). Nevertheless I highly recommend playing it if you're tired of modern tedious shooters. "Giants" are definitely worth your attention. And for a game which was made in 2000, it fairly deserves to be considered a masterpiece.. best game ever!!!!!!!!