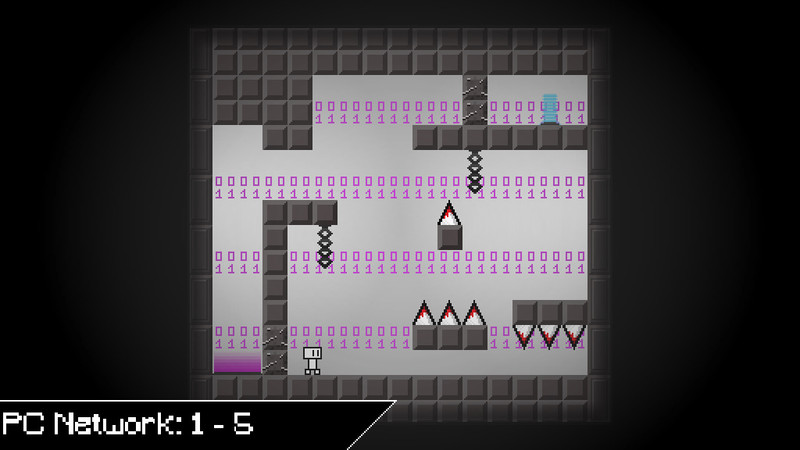 Disparity is an extreme precision 2D Puzzle Platformer based around one core mechanic: swapping the polarity of levels.
Swapping the polarity may cause the level to open new paths, or could just affect the way your character interacts with certain blocks.

You play as a virus developed with the task of robbing a bank to help a man save his sick wife.
Once you clear some computer trials, gather some upgrade data and shut down a firewall you'll be able to get the money and save his wife.

Or at least, that's what you're supposed to think. 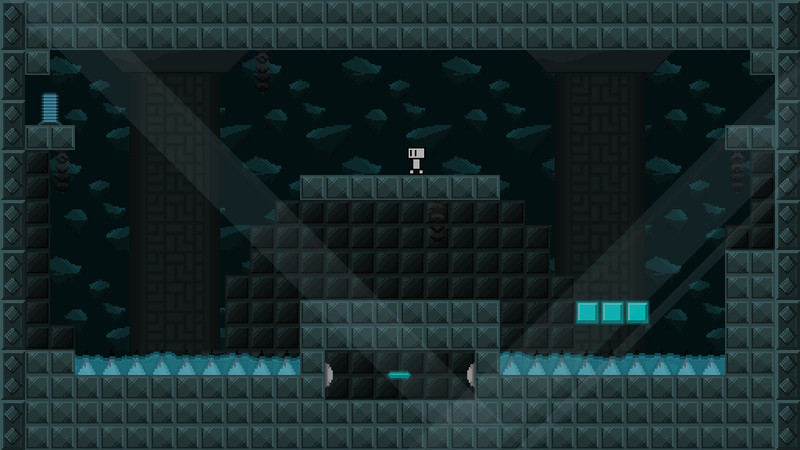 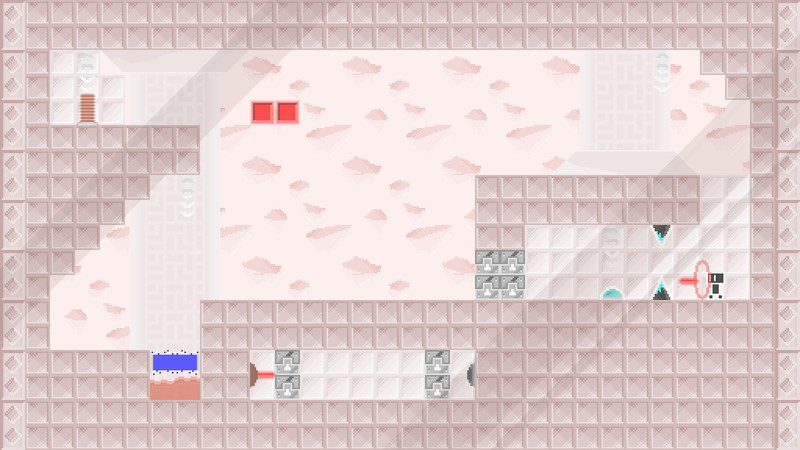 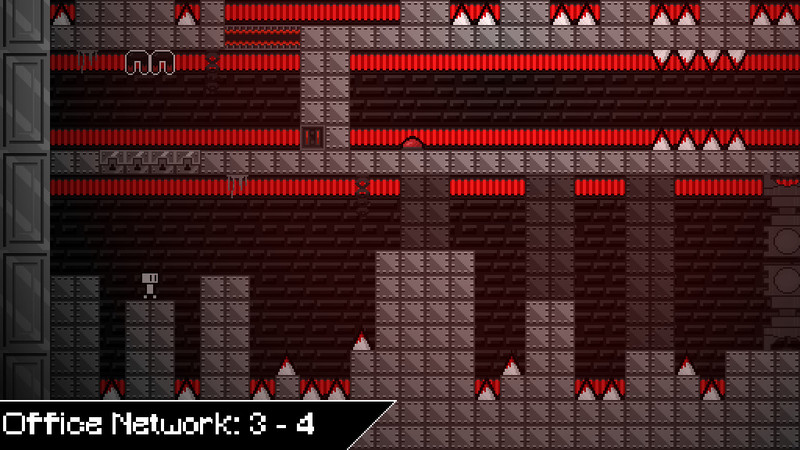 At first, I expected that this was going to be a "mediocre, beginner game". Boy was I wrong.

Right as the game started, I was impressed by the graphics. Sure, they weren't the best in the world, but they were definitely pleasing. Just the overall layout and intuitive interface was great in my opinion.

- Some levels seem repetitive
- Especially noticed in zone 3 \/ 4, a lot of the challenge was to be running back and forth
- Control keys (keyboard) were a bit wierd to use

Story (minor spoilers):
- (As of writing this I haven't finished the game so this is just what I have gathered)

You play as a virus inside of a computer network. The virus was created by the husband of a dying woman. The couple do not have sufficient funds to pay for (some sort of) operations to be done. You, the virus, are designed to travel through multiple networks and eventually break into a banking network to steal money. This is as much as I have learned so far.

Yes I would definitely recommend the game to someone else... Definitely worth the dollar!

- Ty. Disparity is a fantastic 2 ending puzzle-platformer. The hard 2D challenges make it a perfect game for speedrunning. The game, to make it even better, has both bosses and a story. On top of all this, the multiple worlds are all different with their own unique challenges. All of these facets make this game one you should definetly get and play for a while.. This game looks good, it plays well (though some hitboxes are larger than the sprite, which means occasionally you die without hitting them), and has great music. Great speed game as well, except for the fact that it occasionally locks at 50 or 55 fps, making you noticable slower and making speedrunning this impossible. Definitely worth the 80p for a single playthrough though.. Don't be fooled by my playtime. I played this offline.
If you're trying to get both endings, this game will give you, at least 9 hours worth.
9 hours that i'll never regret.

If this is on your wishlist, what are you waiting for?
Its only $1. I use more on pencils.

I fully support these devs, and I wish for more amazing content from you, Tamation.

I'd give it a 9\/10.. short but good. 9\/10. This is a really fun game. The polarity mechanic is really creative and the level design is great. The soundtrack is amazing and I would buy it. I do have some problems though. The difficulty really spikes when you are up against bosses, maybe I'm just bad but it really seems to have an unfair spike there. Same with the hospital, you put the 2nd or maybe even the hardest level as 6-1, it was really annoying. I really felt that you could convey the fact that you could flutter multiple times in the air better as I got stuck on 2-1 when I didn't know how to cross a gap. Sometimes when I am near the edge of a platform I will try to jump while running and only flutter. Maybe this is a fault of the engine but I don't know. Other than that I have no problems. Great game and great music that I would reccomend to anybody!. Good to go.
And that's a game is better or worthy

I want to "You Have to 10 Seconds 3" releases.. Disparity has one of the simply best game mechanics that I have ever seen. You switch between polarities, positive and negative, to pass each platforming level and\/or boss battle. I currently have not played this game to its full extent but I am currently trying to spread the word about this game with this review and by posting videos on YouTube (Euro43)

This is a must have if you are low on cash in your Steam Wallet. It's only $1.10, and it is an absolute steal. I'd easily pay 10 dollars.. Great puzzle-platformer with levels that get a little more difficult as you get farther. However there is one issue, when using controller you use the LT button to switch polarity from + to - but after you press button, it almost always goes from from + to -, right back to + causing you to die in some levels. Its very possible that it is just my controller ( Logitech F-310, bought used on eBay) but I wouldn't consider this gamebreaking because movement with LEFT and RIGHT arrow and switching polarity with UP arrow is just as good as would be using controller in my opinion. Would still give thumbs up.

One more thing, to anyone thinking of buying this game or new to it, the pink and blue disappearing platforms can be a real pain in the\u2665\u2665\u2665\u2665\u2665but once you get past them, its a really great game. Also, careful with the start screen. The first option is new game which can erase your progress.