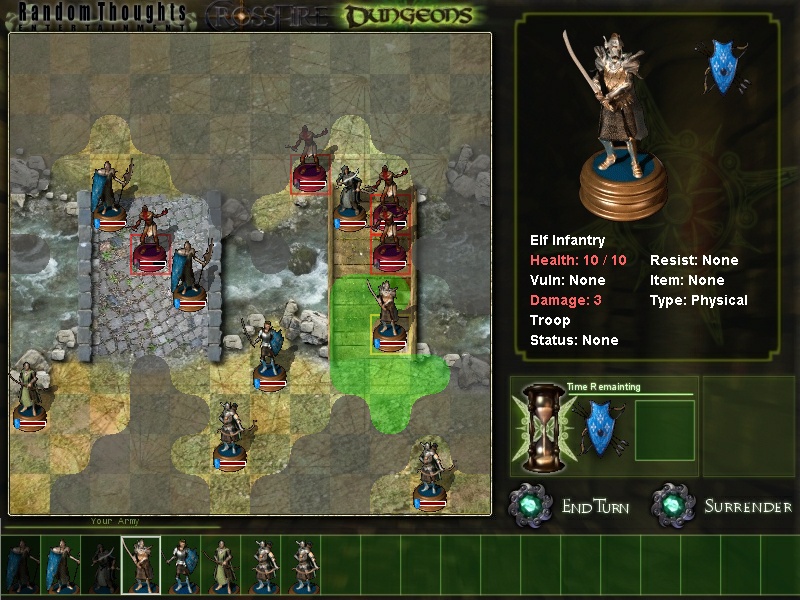 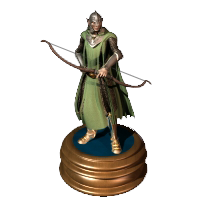 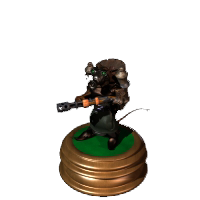 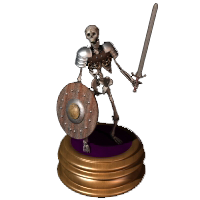 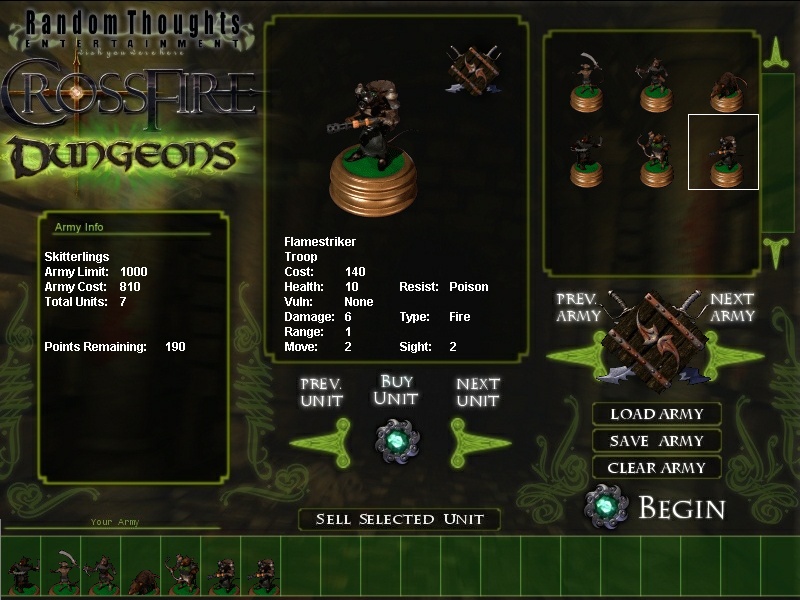 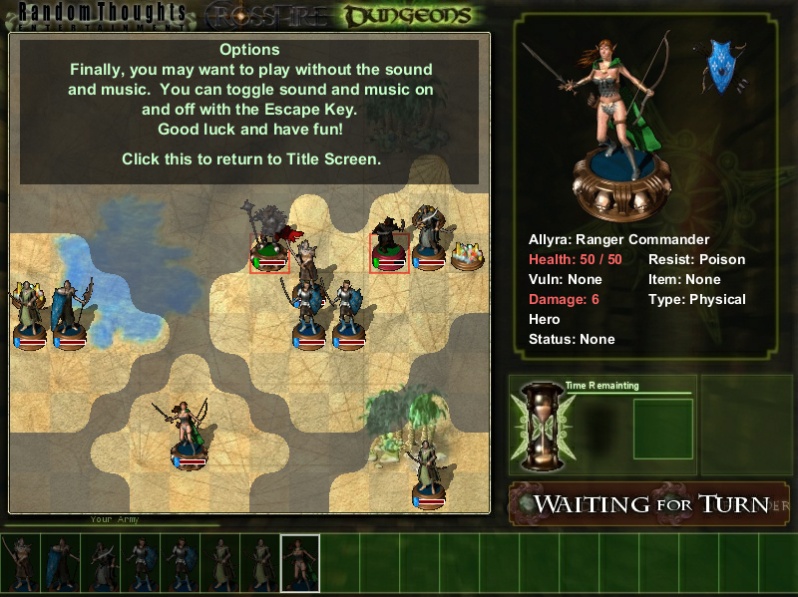 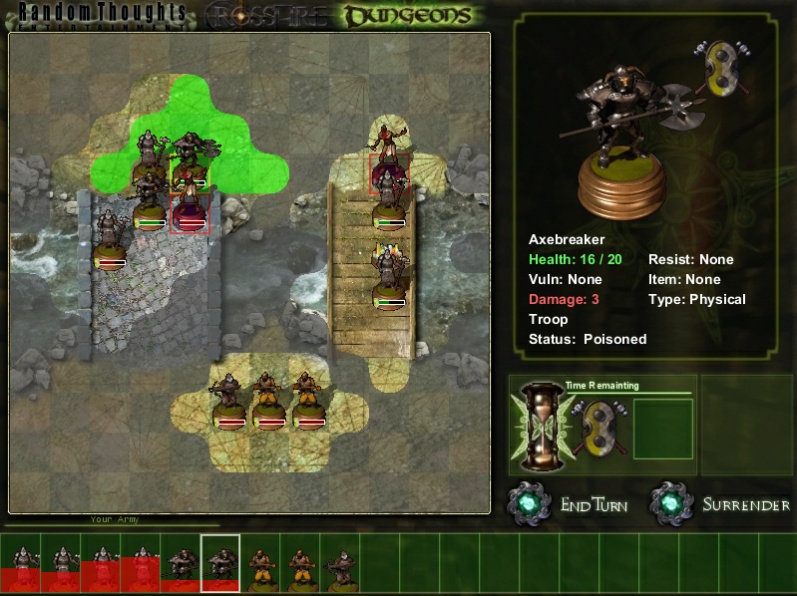 
simple and adventurest great game for half a buck. I've played worse but this is pretty bad for a turn based. I honestly think the graphics were my biggest disapointment. They are NOT as smooth and pretty as they appear in the screenshots above. Almost feels like an abstract form of chess. At the current $0.51 I'll keep it and maybe play it occassionally.. The single player mode is ruined as the autosave feature (or any save feature) has been broken for years in the PC port. Last patch 2 years ago... don't expect it fixed.
There is also much to be said about how the AI handles the fog of war, as enemy archers are very consistent in hitting you without previously doing missing shots or spotting you.
Maps are very very repetitive.
I expected a casual fantasy tactic or dungeon crawling game, but there are free flash games with similar quality or better, to be honest. Shame on that missing patch because it could have been a little fun game.
The only thing that stands is multiplayer, that can be fun.
So if you buy this, do it with some friends (and wait for sale), the single player game isn't worth the about 1 euro sale price.
Edit: Let me say it clear, you are going to play the campaigns or the dungeon campaign, after playing an hour you will try to save your progress so you can go outside to have a life. No, you can't. There is an autosave feature that doesn't work. Thus, no campaign (which are long enough to need that autosave).. This game feels unfinished. Gameplay is repetitive. Maps and locations are dull and troops classes doesen't give you much in a strategy. I wish there was a 'sort of' button instead of just 'yes' and 'no'. There's the basis of a really good turn-based game here. I liked the look of it and, like another reviewer has said, it reminded me of table-top games I played many years ago with little lead figures and some dice. The battles are fun for a while, but the campaigns lack any depth and are just repititions of the same battles over and over. It could be improved by adding some more variety in the battle environments, additional unit types, slowing down the AI so you can see what moves it has taken, and by enabling a pass-and-play mode (as I don't know if anyone is playing this online). If the battles could be incorporated into some sort of RPG that would make a great game (something akin to Might and Magic etc). Ultimately it lacks longevity, but as I only paid 33 pence for it and it has provided cheap entertainment for a couple of hours, I have to give it a thumbs-up.. simple and adventurest great game for half a buck. Game is incomplete. No save, quit or load buttons. No directions or options information. Must start from beginning every time you play the game.