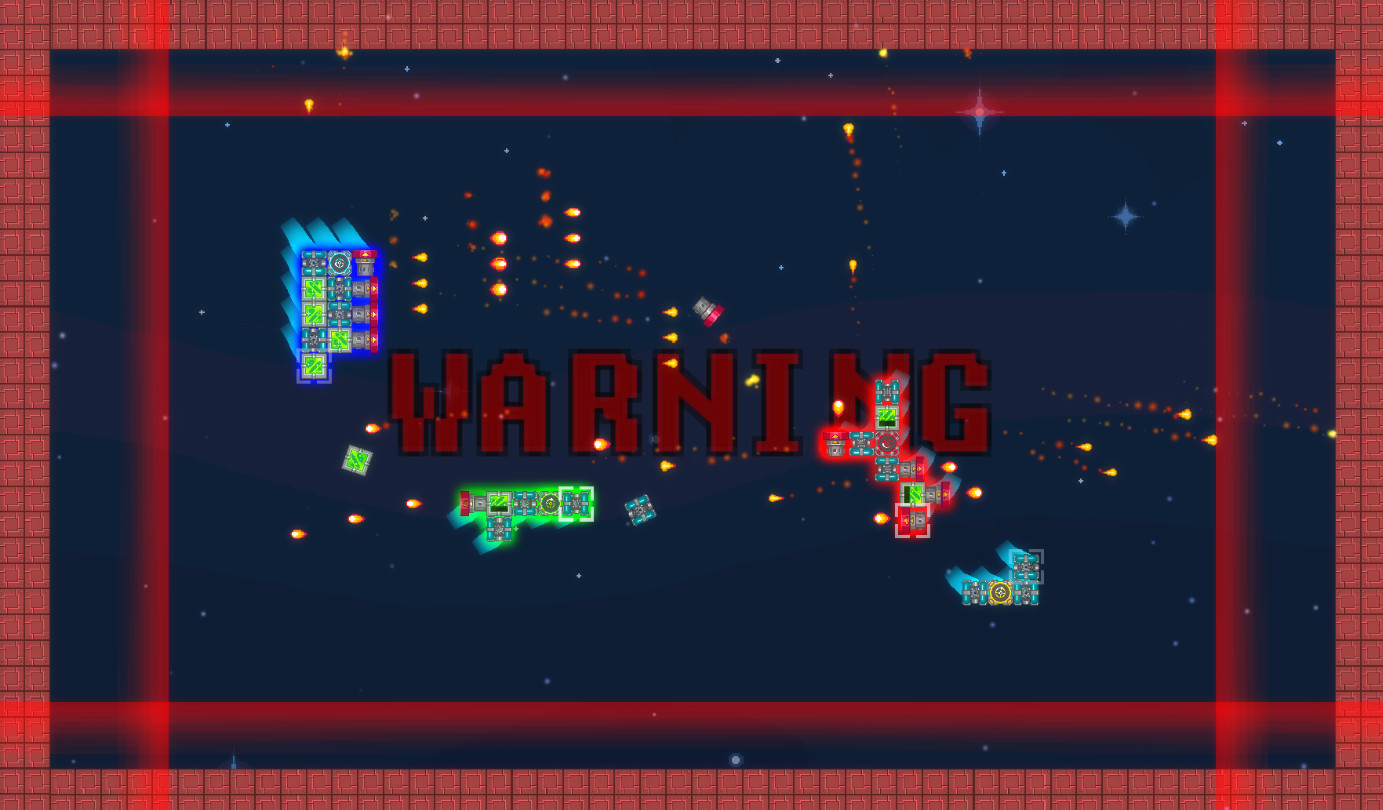 The illegitimate love child of Space Invaders and Tetris.

Blockships is a game about building the biggest baddest ship by blasting your buddies’ to bits and stealing their blocks - a local multiplayer party-arena game that challenges you to strike the right balance between speed, power, maneuverability, and of course fun! Build, blast, and rebuild your ship - all in the heat of battle.

"Why do do the bad guys always drop power ups?" Surely blasting to victory using the fallen remnants of your defeated foes would be more fun! Build up your core to take down enemy ships. Grab guns to Blast 'em to bits, add Engines to speed up and give them the slip - or ram them head on and expose their weaknesses. Or bolster your ship with Power Cells and grow to enormous size. Protect your Core at all costs!

Each ship configuration has strengths and weaknesses and is almost infinitely reconfigurable. Experiment with multiple different strategies and rapid reconfigurations to overcome enemy tactics. Beat their firepower with speed, and their speed with size in an infinite number of ship combinations - sometimes its full speed ahead, sometimes its cut and run, and victory can be yours balanced on the barrel of a Gun. 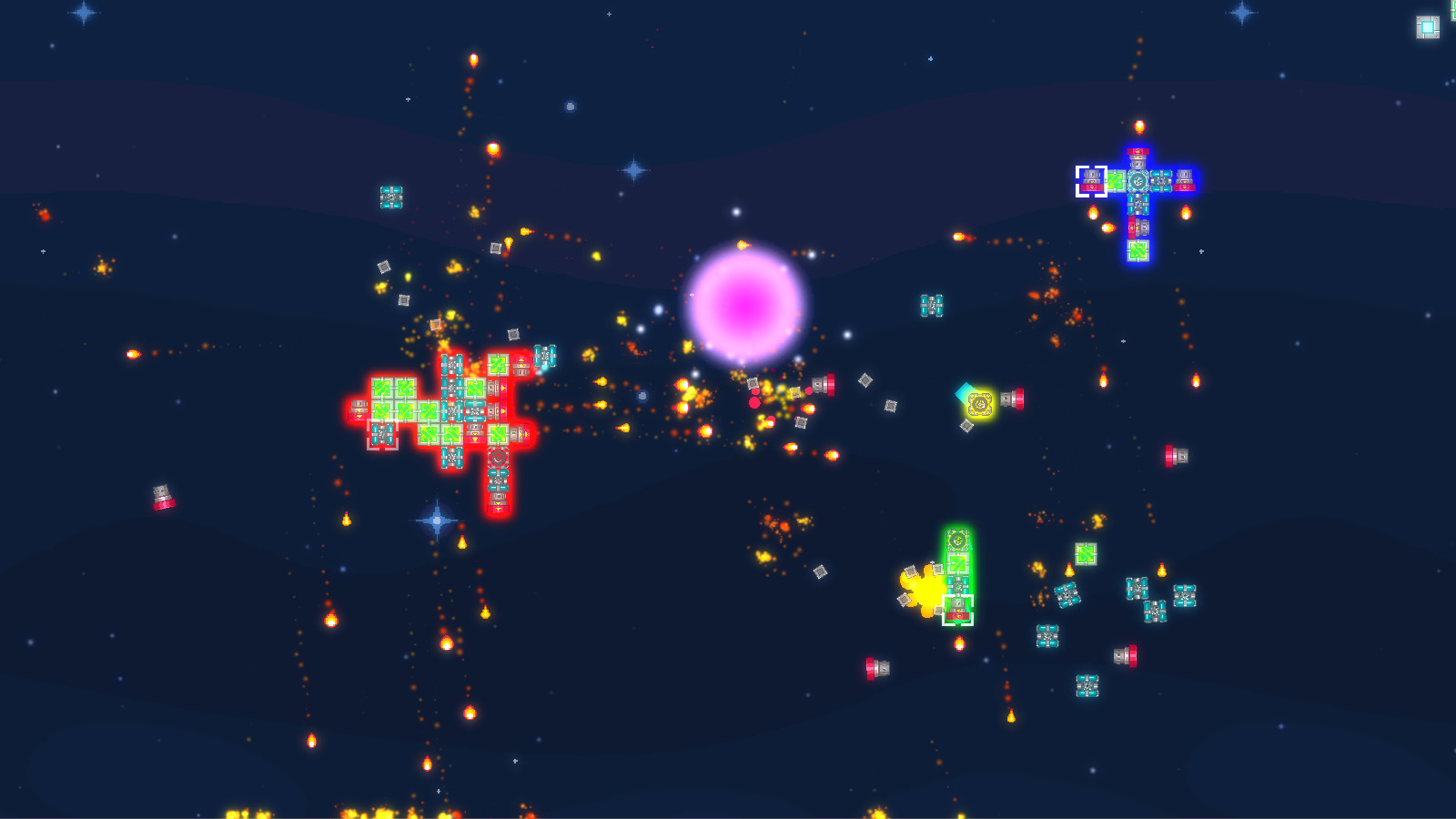 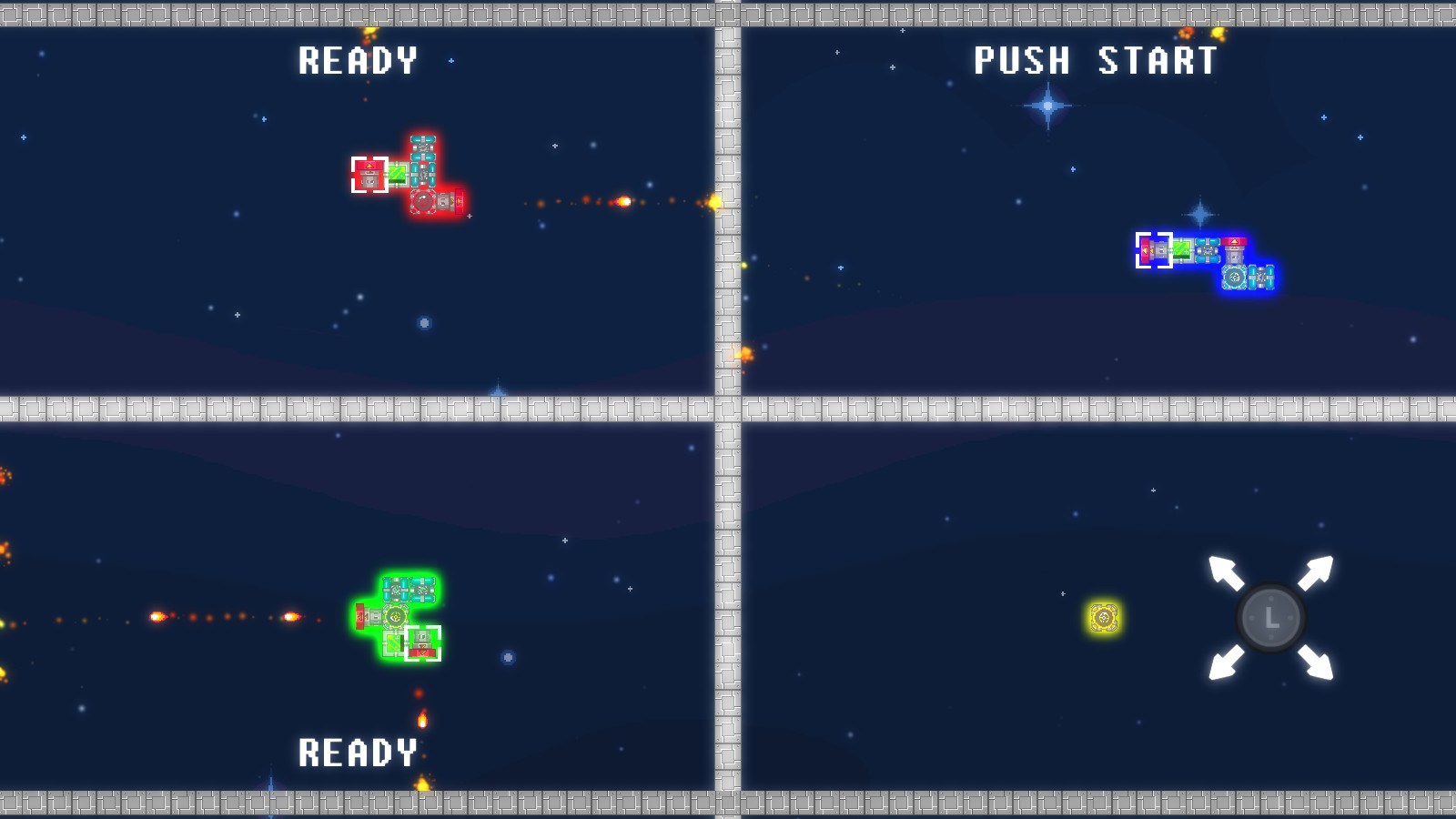 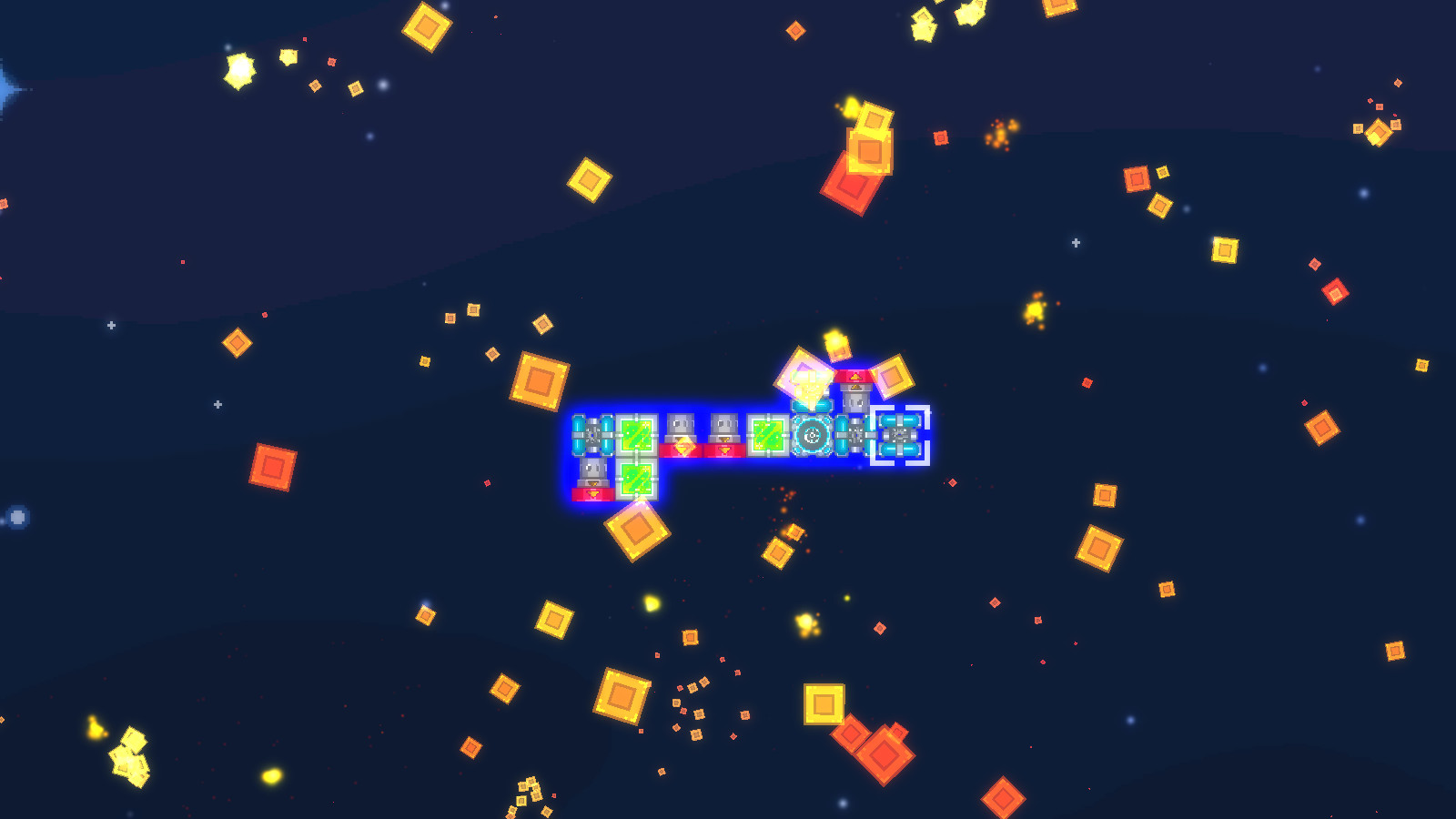 
I saw this game at the Gadget Show Live and thought the concept was amazing.

The gameplay is very entertaining and doesn't get boring easily considering the size of the game. At the time of writing this, only local multiplayer is possible but I can see online multiplayer being a large part of this game in the future. The mechanics of the game work perfectly and there isn't anything in the game that seems out of place when playing. Although the game is still in its early stages, it still is extremely fun to play and watch. There are massive amounts of potential for other additions like game modes or single player. I can even see workshop content working well with this game in the future.

Summary<\/u>
I would recommend buying this game for local multiplayer or in advance for when online multiplayer will be released. The game is addictive and extremely fun to play and can become extremely intense with the full 4 players.


Extra info<\/u>
- The game plays much better with a controller
- There are keyboard inputs, but they cannot be configured
- Right now the game is very small and is in very early stages.
- The game can only be played in local multiplayer ( Which means on a single computer with multiple controllers )
. Such an amazing game! Played multiple rounds at Insomnia 58, and came second in a tournament! Looking forward to having online play so I can beat my friends in far away countries! :). I played this game in a tournament at I58 and also came back and back to the stall as it was highly addictive. I absolutely love this game and am going to buy it for my friends.. Had the wonderful opportunity to play Blockships at a friends before getting it today ready for a trip home! Despite being an early access title it's already incredibly solid and a joy to play, there's nothing quite like smashing a few friends on a big screen.

Don't get me wrong there's a few small bugs to iron out and hopefully more features to come (online multiplayer please!) but we had an absolute blast playing the game together and I'm looking forward to getting some more games in. Right now I absolutely recommend this as a must-have party game! Given that it's below \u00a35 for the hours of fun this will bring it's an absolutely steal!. I love this game! When it works....

I had loads of controller problems and I basically had to programme the controls myself. Apart from that when I FINALLY got it working it made an amazing party game.. - II3urNz's Seal Of Premium Quality ->>. This is an incredibly fun game to play with a couple of friends. It is quick and easy to learn and the rounds are fast-paced. A simple game with anyone, whether a serious gamer or new to video games, can pick up easily. Strongly recommended.. Super fun game to play, I found this at EGX. It's simple and fun, and when the online multiplayer hits I'll be playing it a lot more