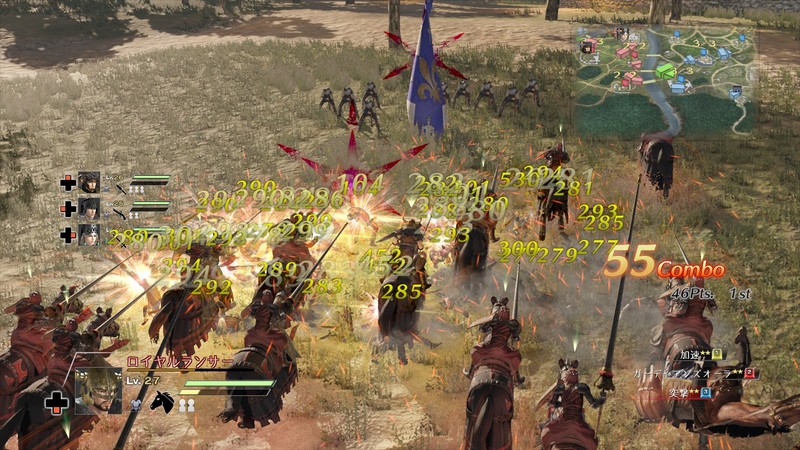 After 7 years, BLADESTORM: Nightmare has returned and makes its debut on Windows!
Experience the ultimate expression of the series with “Direct X”!

[Features of the Windows version]
One feature of the Windows version is the ability to set detailed graphic settings, like number of characters displayed, draw distance, and so on, based on your PC’s specs.
For those using high spec PCs, using the highest settings optimizes DirectX11’s capabilities, allowing for improved battlefield graphics and amazingly smooth gameplay at a high frame rate.
Also, since it is possible to customize the controls, you can create a control scheme that you enjoy for the best game play experience.

[Features of BLADESTORM: Nightmare]
◆A new type of Action Game! Lead squads to drive the enemy into oblivion!
Players become mercenaries in the Hundred Years War and lead squads of fighters, made up of anything from footmen, bowmen, and horsemen to elephant troops, cannon troops, and siege weapons, across dynamically changing battlefield on a mission to guide his side to victory.
Players control squads of men, using unique Actions to devastate the enemy for an innovative and thrilling experience. With each trooper, both enemy and ally, guided by its own AI, the savage clash between large forces are painted in breath-taking intensity and shocking reality.

◆The Thrill and Strategy of controlling 4 squads of up to 200 Troops!
Players can switch between up to 4 squads. Switching between squads allow them to act over a wider area. Also, combining squads into an army of up to 200 men allow players to make powerful concerted attacks and combos based on the attacking squad, all for an exciting new game-play experience that combines the thrill of action and the depth of strategy.

◆A Richer Story Mode with the inclusion of Nightmare!
In the “Hundred Years War”, players enjoy a free mission system that allows them to experience the battle from the viewpoints of both the English and the French. Meeting and interacting with such heroes of history as Joan of Arc and Edward, the Black Prince, brings the story to vivid life.
In addition to this, we have included an original Nightmare mode involving huge monsters such as dragons and cyclops. The heroes of history are called upon to fight once more, as England and France join together in common cause to fight mysterious monsters in an entirely new take on the world of the Hundred Years War.

◆A New Game Experience using the latest technologies and introducing exciting new elements!
The latest graphic technologies have been used to create the amazing battles of a Medieval battleground. We have also included an online multiplayer function, a revised character edit mode and assorted other new features for an enjoyable new game experience. b4d347fde0 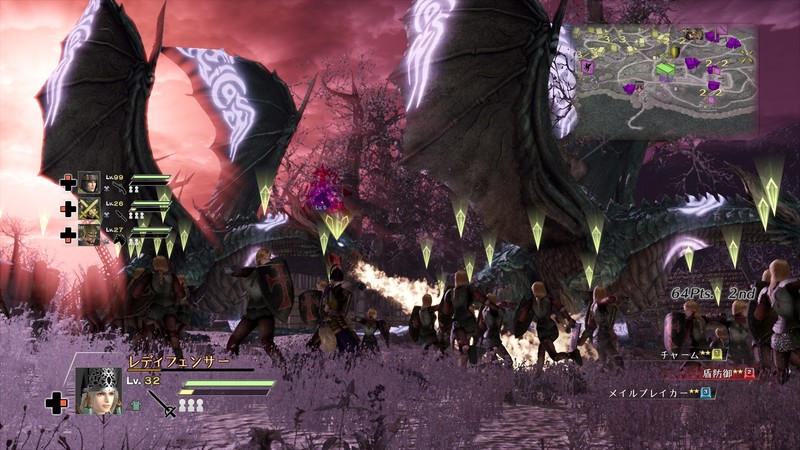 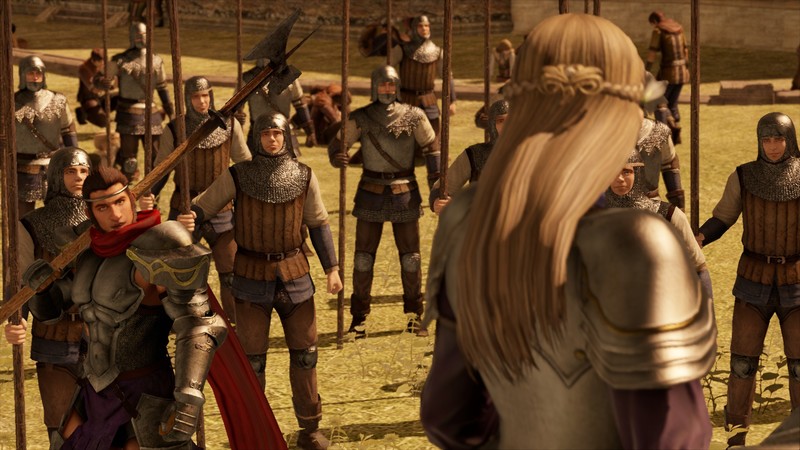 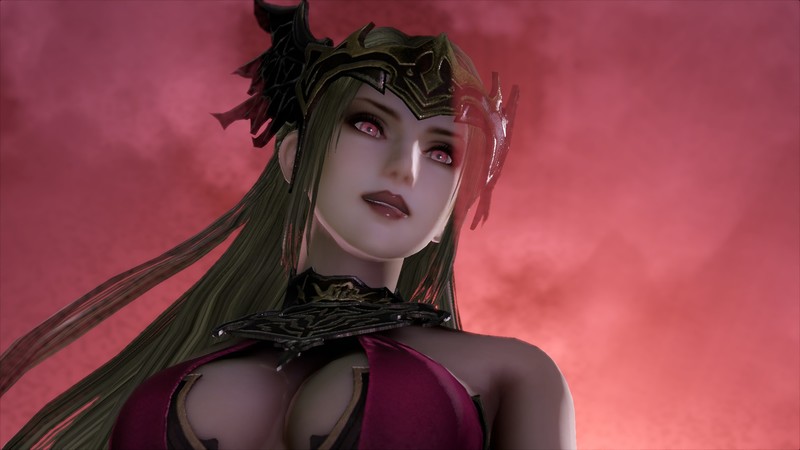 
European History with Japanese characters, why not?. Wow. Not sure what I was expecting when I started playing this game, but this was different from that. Let\u2019s start with some basics. First, unlike in the Warriors series of games, you are NOT a God. You need the support of your troops. In fact, in this game, you lead a squad of troops into battle as a mercenary. There is no right or wrong side to play for, and actually keeping your contracts about even between serving England and France is a good idea. That is not to say that as you get higher in levels in your chosen troop type that you won\u2019t steamroll units on lower difficulty maps, but you can still get into trouble if you don\u2019t keep an eye on what is happening.

Second, the graphics are a bit dated. This is because Nightmare is basically an upgrade to the original Bladestorm, Hundred Years War. That title came out in 2007, and only on consoles. Nightmare has an additional \u201cNightmare\u201d story that came out in 2015. There is a\u2026 rather obvious difference in some of the graphic qualities. Also, since this is more or less a port, there might be some issues from that process.

As to the stories themselves. Hundred Years War takes place during the Hundred Years War (duh) between England and France. If you have not beforehand, you will be prompted to create a mercenary for use. You start out as a novice mercenary, and your first choice is which side to fight for in your opening battle. There is a short tutorial where you learn how to use swordsmen (infantry), horses (cavalry), and archers (ranged). You can skip this tutorial on any subsequent playthrough (including a new Nightmare playthrough).

From there, the game proceeds in four acts (five if you count the past CLEAR). During these acts, you mostly choose which contracts to accept between English and French offers. Your object is to gain enough fame and SP to trigger other events (some of which seem to be necessary to proceed). For instance, the first act needs you to partake in the Black Prince\u2019s first battle, then take part in the Chevauch\u00e9es. These are the preludes to the Battle of Cr\u00e9cy. Each act is ended by a major battle. The first three of which you can choose your side. These are Cr\u00e9cy, Poitiers, and Orl\u00e9ans. The first two are only important so you can see how one side works or the other. Historically, the English won both of those by slaughtering knights with archery. I should note, that you get the opportunity to add other squads as underlings. They do need to be other created mercenaries.

Orl\u00e9ans, on the other hand, is THE pivotal battle. This is the siege where Joan of Arc became the Maid of Orl\u00e9ans. As such, the French won that battle. It is also the pivotal decision point. It determines whether you will get the English ending or the French one.

Now, these stories are NOT historically accurate. Edward, the Black Prince was dead long before Orl\u00e9ans, but is the primary figure on the English side. Joan is the primary figure for the French, but one of the missions you will eventually unlock (in Act 4) is to rescue her from prison in Rouen. Historically, she was burned at the stake there as a witch. And then there is the final battle on the English side: Agincourt. In terms of story, Agincourt takes place at the end of Act 4, after Orl\u00e9ans. Well\u2026 the actual Battle of Agincourt took place in 1415. The Siege of Orl\u00e9ans took place in 1428-1429. The French line ends at Bordeaux. Which is actually the last major battle of the war.

Nightmare\u2019s story is nine chapters long, somewhat linear, and frankly has little replay value, save for three factors. One is getting all the new tomes placed in that storyline. Which reminds me, you will want to collect all the different tomes\/pages of unit types and options. There are a few side quests that require you to acquire most of them. The second replay attraction to Nightmare is to get all the side characters unlocked. Doing so not only gives you an achievement (or two), but another character and one of the hidden pages free (because the secret character uses that particular unit). The final reason is if you want to hear the voice acting in both Japanese and English. Frankly, this may be the only Koei game where English voice acting FITS.

The replay value of the game is more on the Hundred Years War side. Trying out different units can be fun. Wanting to run through it with each merc you\u2019ve created also helps with that. And the characters are just engaging in a way. The biggest issue is that Act 2 can seem to lag. Well, this is actually due to two details. There are a lot of story and rumor quests that trigger and HAVE to trigger to get to Poitiers. The other thing is that all of those quests are going to add-up in Fame. Enough so that you will fill up the max for that level long before you get to the end. It does not help that the lowest difficulty missions still give you Fame at that point, and some of the rumor quests give you additional Fame.

I fully recommend this game. While somewhat pricy, you will get a LOT for that price.. I bought this game on sale since I thoroughly enjoyed playing the XBOX360 version years ago. This version of the game seems to have some updated graphics and an additional "Nigtmare" campaign with fantasy elements.
Gameplay wise the game can get a little repetative because you are fighting similar battles over and over again but I think that the fact that you can choose your own squads and vary between swordsmen, cavalry and even magic units makes up for a most of that. The story is pretty nice but nothing too special, however the soundtrack of this game is actually amazing. The music just keeps pushing you and your squad forward to whoop some\u2665\u2665\u2665\u2665\u2665

All in all I think that 60 euros \/ dollars is way too much for an updated game that's 12 years old, but if you like this genre and the game happens to be on sale I'd definitely recommend it!


Technical stuff:
- Runs smoothly at 60 FPS on my machine: i5 8600k, 1070TI, and 16GB RAM. I tried setting it to 144 FPS (by tinkering with v-sync), but that didn't work out for me as I got spooked by the fact that this causes the cursor animation to triple in speed for reasons I don't what to know about.
- The game hasn't crashed on me yet, so it seems to be performing a lot better than when it came out.
- I use an XBOX one controller which worked out of the box. The only downside is that the game gives the tutorial instructions in keyboard bindings, so you have to figure out which buttons to press on your own. Lucky for me, the controls are the same as for the original XBOX360 game so I didn't have much trouble.