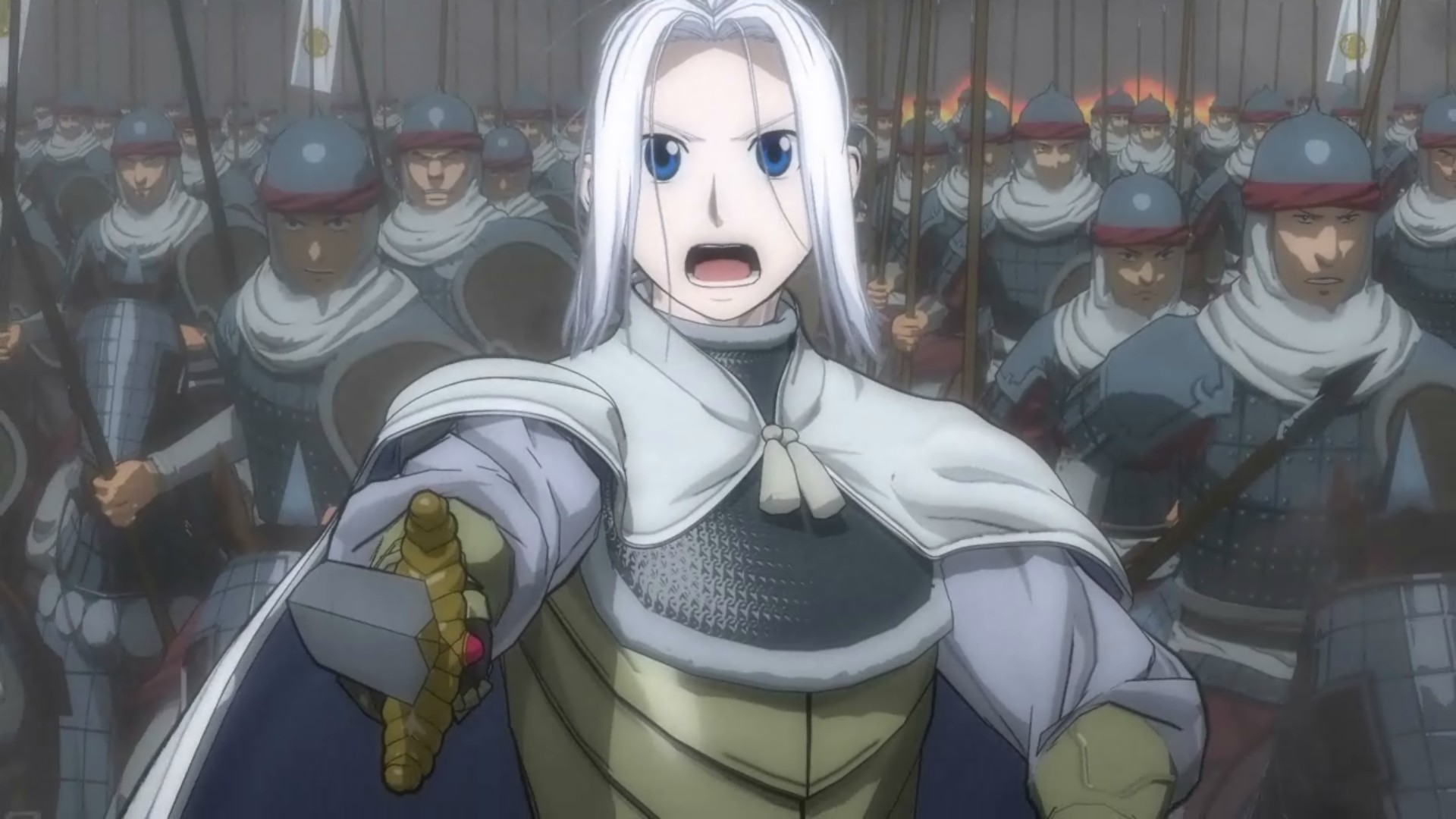 An exciting collaboration between The Heroic Legend of Arslan anime and the action-infused Warriors series! The exhilaration of plowing through large armies has been fused together with the charm and style of the world crafted in the anime.
Experience the grand historical fantasy with ARSLAN: THE WARRIORS OF LEGEND!

Single-handedly scatter enemies, then wipe them out with special Rush units in this new form of Warriors action! 7ad7b8b382 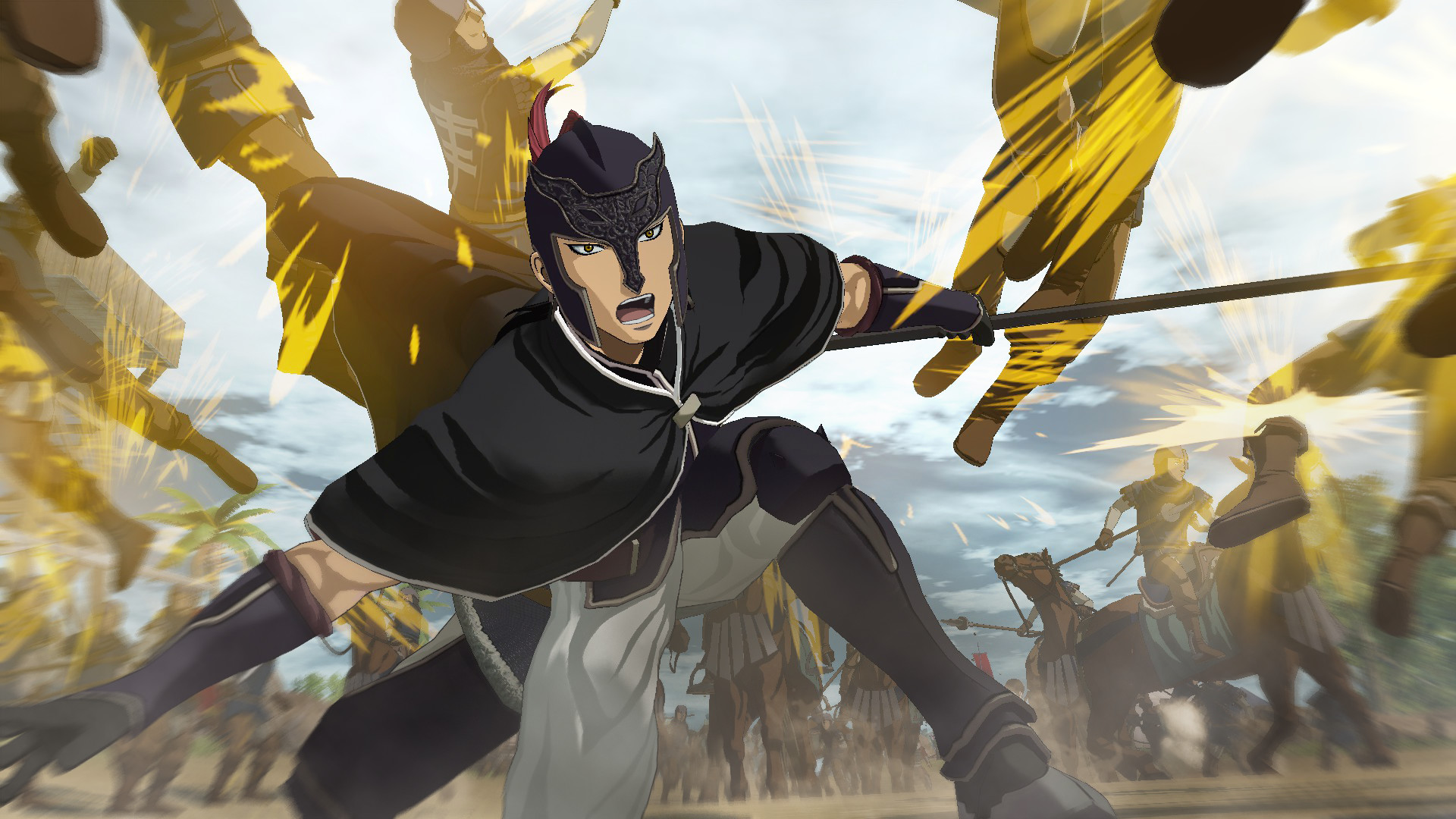 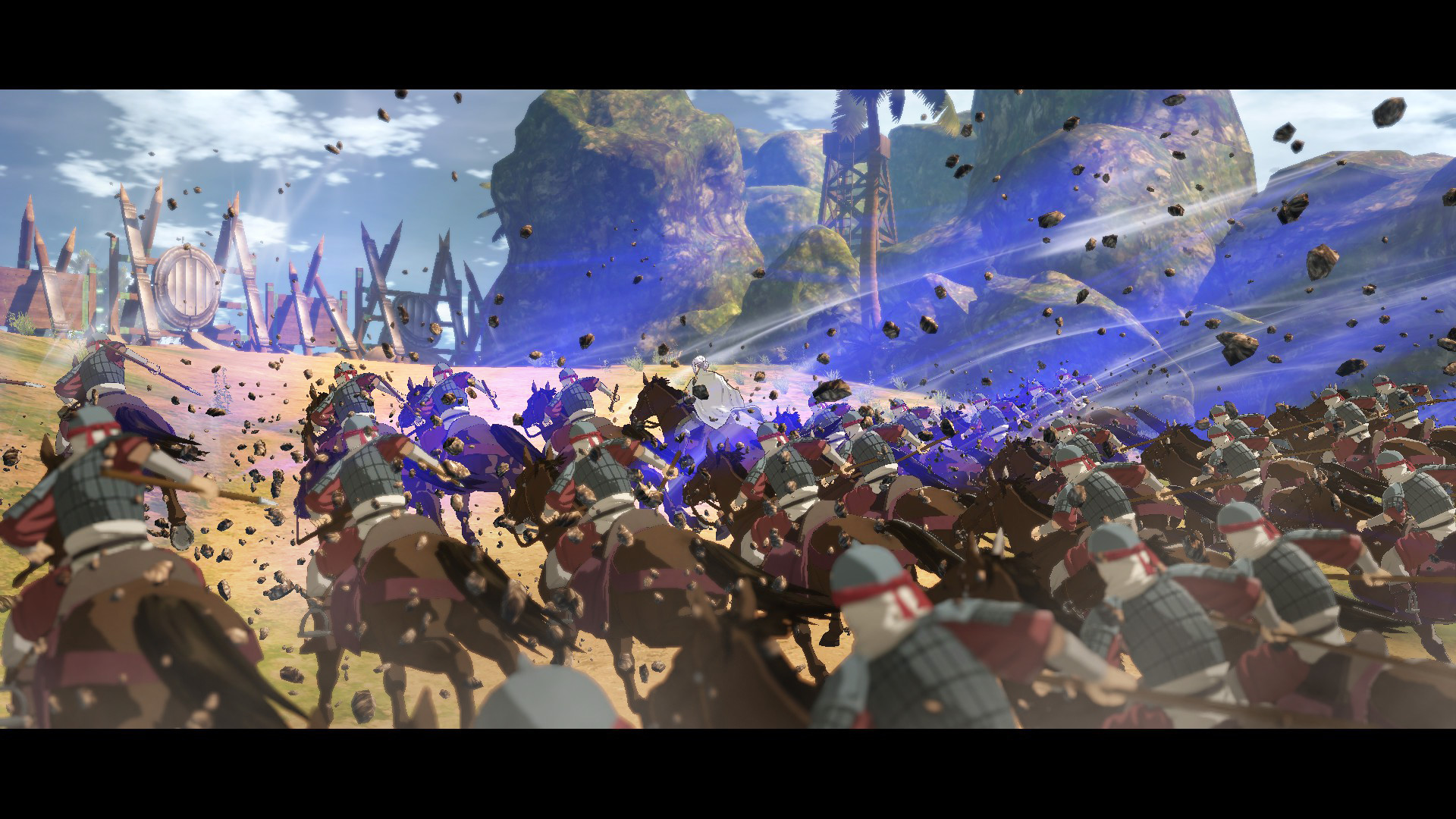 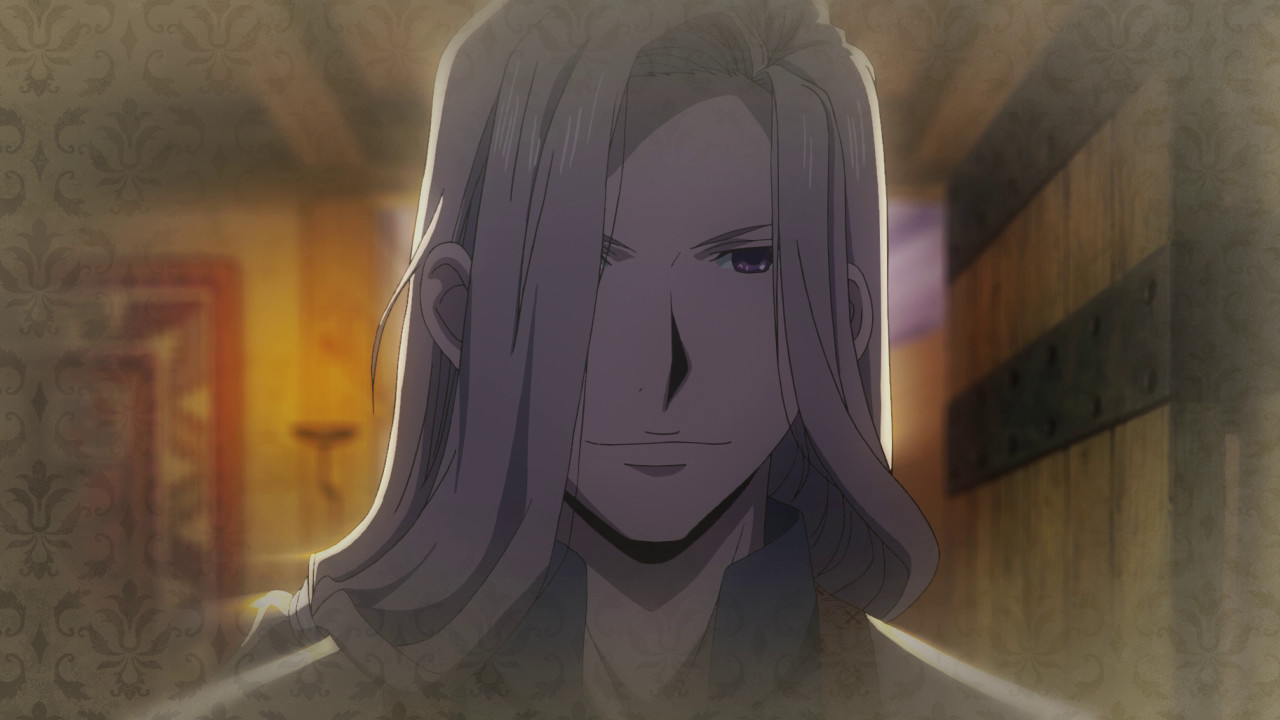 Not worth price i got it for which was $29.99. The total story time is less than 8 hrs. The story was interesting but the problem is it just instantly stop with no resolution. There is a free mode after story mode but you are just replaying the story mode senarios.. I always loved DW games, but this spin off is quite a pleasent surprise, you have all the whistles of dw, with an hybrid rpgesque lvling system and equipment , in this case called Skill Cards . The combat is very fluid , very dynamic, and have an adition of a infinite combo system, that if you know what your doing you can chain attacks forever!

Technically , KT finally listened and the game can run at 4k, provide your system can run it, and the graphics are beautifull, run at 60 fps , but it have a 30 fps lock on mid-battles cutscenes for when you destroy a barrier with the cavalry, but they are fast animations and dont distract you from the action, you would only notice that if you run with a fps counter. The transition to in-game engine from anime cutscenes is pretty well done too!

Heard AMD can have drops in fps, i run on Nvidia and didnt had any fps drops was solid 60 all the time.

All in all, its worth its price, lots of fun, and a must have for Musou fans :). Honestly I was prepared to like this game, I`ve always enjoyed the Dynasty\/Samurai warriors games and any that use their engines\/system of combat, whether it was base games or spinoffs I enjoyed the fast paced combat and mowing down thousands of enemy troops. The game started off promising and I liked the rush point mechanics and the story, but I was quickly lost with the pointless officer barrier mechanic that they put it. How do we take away from an enjoyable fast paced combat system? Put in a barrier that will have to be broken repeatedly in order to do damage to the officer and while they have that barrier they are unaffected by anything hitting them and once its broken it stays down for under 10 seconds before coming back at full strength and having to be broken again.. My impression of port so far. This is KT best port of a Dynasty Warrior type game I have played, however it still has a lot of flaws.

Reasons to avoid:
- If you play with KB and Mouse. Game doesn't support using mouse. Button prompts are xbox360 so you need to memorize the keyboard controls.
- If you prefer English dub audio. This game has Japanese audio only.
- Not familiar with anime. Not require to watch anime since cut-scenes summaries episodes.You can watch Arslan anime steaming from Funimation website. Subbed is free, dubbed requires subscription.
- Not using a 16:9 aspect ratio display.
- Possible performance issues with AMD video card drivers.

Improvements compared to other KT games
- Able to select resolutions above 1080p.
- A lot of graphics options to configure.
- PS4 level of quality and better if your system can handle it.

Issues encountered:
- Performance issues with resolution 1440p and high settings. My Titan X usage isn't maxed out and CPU has very little load. I have to switch to medium setting or 1080p. Even at 1080p there are some frame drops.
- When displaying on my TV game doesn't launch properly showing a green screen in full screen mode and causes performance issues. I get around this issue by launching game in windowed mode then switching to full-screen in game.

Video of tutorials at start of game. Detailed tutorial prompts don't display since I already completed them.
http:\/\/steamcommunity.com\/sharedfiles\/filedetails\/?id=620740830<\/a>. There isn't much to say except that if you like the "Warriors"\/musou game series, this would be a great addition to your library. Although I should say this, you must<\/b> be a fan of the series or else you won't get the full experience out of it, you might as well be playing dynasty warriors.

The gameplay is very similar to the dynasty series, borderline copy and paste almost...But with some variation to make it not such a direct copy. You find cards on the battlefield after defeating certain enemies, completing objectives, or finishing a level. These cards give you passive buffs such as increased power, defense, musou\/special gauge attributes, increased health, etc...
In order of increasing rarity you have C, B, A, (possibly S as well, I will change this once if I find one). As you go up in rarity you get more passives per card. There is a mini card crafting menu that lets you combine (10) cards to create a new one.
What I did enjoy though is the mount combat, I haven't played a dynasty game where you kind of want to fight on your horse. You can actually pull of combos, which I find is a very nice touch.

Weapons, you can carry two at a time and can swtich between them in combat. The weapons work in such a way that as you keep using your selected weapon and defeat enemies it will get stronger by recieveing elemental effects and increased combos. And you can get different weapons which have different elemental properties, there are 4 in total.

The story mode follows the current season 1 anime very closely, so if you haven't finished watching then I would suggest to avoid this game if you don't want any spoilers. Progression through the story is seamless it goes: Battle -> story cutscene -> battle -> story cutscene -> battle and repeat. There is no pause in between to equip cards or weapons, it is all done in the menu during the battle phase.
The game is quite linear. You are free to move around and kill enemies, but eventually you have to complete a certain objective to advance. The stages are broken up in segments, so continuing with my explanation, you have to do\/complete certain objective to advance to the next segment. You cannot proceed if you don't complete it.

Then of course you have all the different characters you can play, each having their own skillset and weapon of choice.

I should also mention that there is online-coop, I personally haven't tried it yet, maybe a bit down the road. But it is there for those that want to jump into online play right away.

Graphics, I feel are very nice, the whole anime-style drawing of characters with the 3D-ish backgrounds. You have many graphic options in the menu that you can mess around, which I feel is very nice for those that do like to change their graphical settings. I'm not so great with the terminology with these settings, I just set it to whatever they give me, but I will say the visuals are very pleasing to my eye.

From a hours:money stand point. I feel it is a bit overpriced, you're pretty much paying for the anime name, which I don't see it being justifiable of a 60$ USD price tag, this feels more like a 30-40$ game. So you must like the anime and the gameplay to almost justify this purchase.

Overall this is great game, a solid "warriors" type of game. And one last time, I can't stress this enough though, you must like the anime in order to get the full enjoyment out of this game, else the game will be mediocre to you. I hope this review helps you decide in purchasing this game or not.


*edit* 2\/18\/2016: So after putting some hours into the game, I would like to change my opinion a little bit about needing to like the anime before purchasing this game. The gameplay is actually really fun. After spending some time and unlocking new weapon combos, they look and feel really cool. The combos feel really unique and fit the characters really well, which I really enjoyed.
With that said, I feel that if you do like Musou kind of games, you can definitely enjoy this game without having to watch the anime. As for price I still stand by my review in that it is a bit overpriced. BUT if you do have some extra cash to spare, then by all means purchase this game, it is worth it.