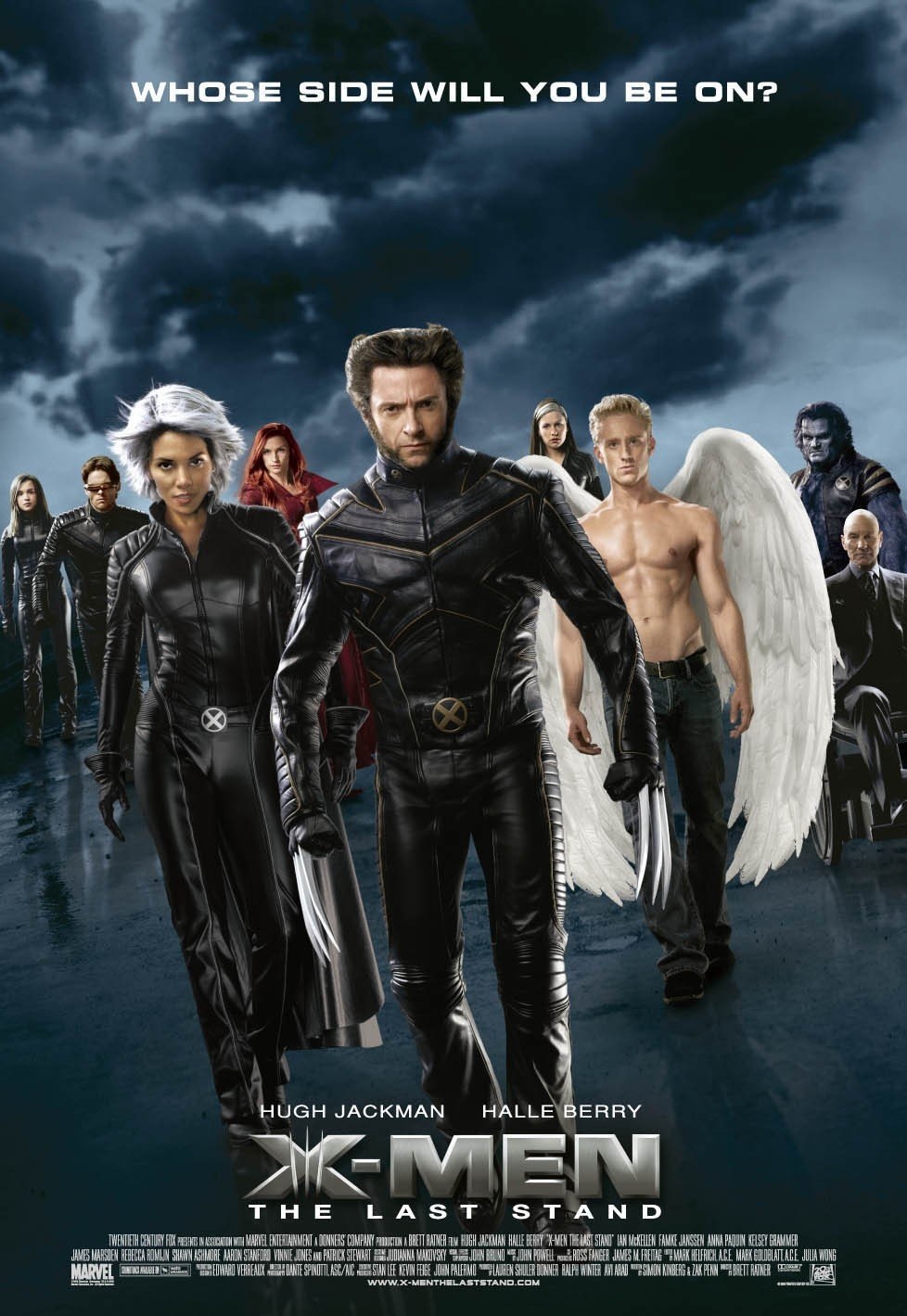 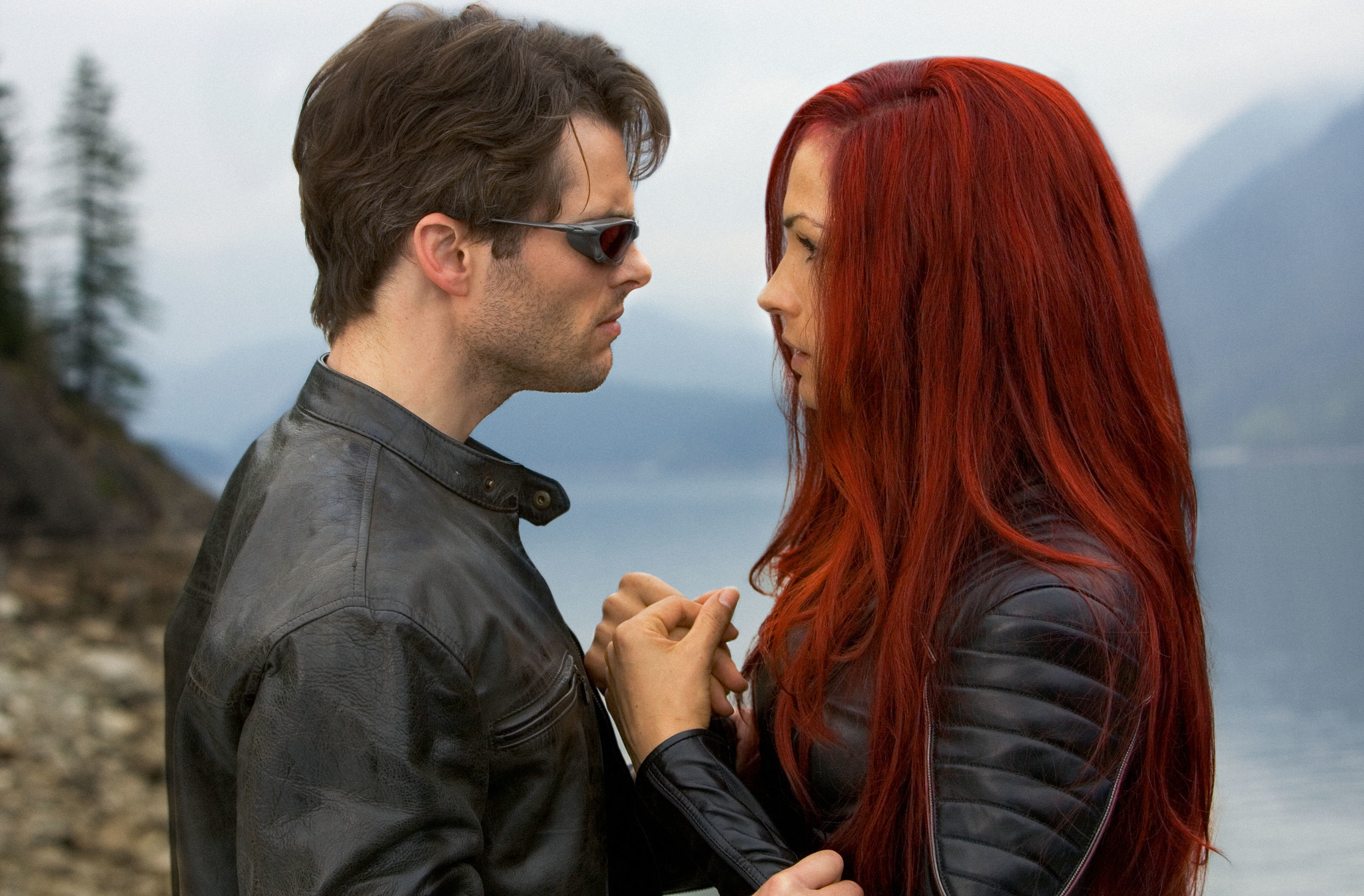 When a special medicinal cure for mutants is created by a government funded laboratory, a choice is to be made by mutants all over the world. However, this does not sit well with Prof. X and his X-Men, who are questioning about the situation. But Magneto sees this news as a threat and begins to build a mutant army in order to destroy it. On the other hand, in light of the returning Jean Grey, the X-Men find that they are not only up against Magneto and his Brotherhood, but a deadly force more powerful than anything that came before.
When a private laboratory supported by the government finds the cure for the mutants, using the DNA of a powerful boy, the mutants have the option of giving up their powers and become human, but their society split. Magneto opposes and decides to join a force to fight against the government and kill the mutant boy. Meanwhile, Jean Grey resurrects uncontrolled by Xavier and with the personality of the powerful Dark Phoenix. She destroys Cyclops and Professor Charles Xavier, and allies to the evil forces of Magneto, making them almost invincible.
I had issues with this movie that could be summed up as: too much, too fast. A number of people have commented that the film "introduces" new characters left and right, from Phoenix to Havoc, and not one of them is given a proper introduction. That's true. It has three story lines that are all woven together very poorly, and not one of them comes out as a quilt - the Phoenix saga, the Cure, and Graduation Day. Any one of these story lines would make for a full length movie, together they just make a mess. Also, mentioned by others, and also very true.

For more specific issues, I'll start with the characters. Phoenix is all right, not great, but passable. The most admirable trait of the first two movies is blending the ridiculous comic book world with a more plausible realistic world that make the movies flow so well. The explanation for why Phoenix exists without the whole "Jean Grey is possessed by an interstellar god" thing is well done. Unfortunately, the rest of the movie flings the conservative, careful crafting of the first two movies out the window in every other regard. The only way they could have made the plot more full of holes and less plausible, is by actually introducing Apocalypse as well.

Angel? Is only in the movie because he is in the Cure storyline in the comics. All he does is get in the way of just about every mismatched plot line in it.

Phoenix? Only there because of the ending of X2, and the writers for this movie clearly wanted to get on to other things rather than deal with her. That, or they thought Phoenix would just sit back and do nothing for the majority of the movie, besides throwing a tantrum every now and then without saying a word.

Multiple man? Introduced for sheer novelty, appears again ONCE as a bit part later on.

Spike? Leech? Psylock? Havoc? For those of you who have seen the movie, do you know who any of these characters are without guessing? Nope, didn't think so.

Magneto? They ruined him. What makes Magneto such an incredible character is the moral dilemma(s) he brings up, as a survivor of the holocaust and victim of all manner of terrible things, he is a pitiable character who genuinely cares for mutants and their well-being. in the first two movies it is made clear that while he is not exactly nice, he can't be called evil either. He does terrible things, but he has arguable reasons and has redeeming qualities - such as his loyalty to Professor Xavier and Mystique. In THIS movie, he loses those redeeming qualities almost utterly. Not only does he turn his back on Mystique the instant she loses her powers (totaly out of character for any of the previous portrayals of Magneto) but he becomes a gibbering idiot when deprived of his own powers. As if his powers were all there was to the man. If that were true, Xavier would have just knocked him into a coma in the first movie. In X3, every attempt is made to erase any sympathy for Magneto and make him a true villain. Which leaves a significant gap in the plot, with no anti-hero nemesis to fill it.

One last note, the final fight scene is a total joke. It consists of carrying the Golden Gate bridge full of mutants loyal to Magneto over to Alcatraz, where the "cure" is being studied. Then an entire battalion of marines with plastic guns are disarmed in one shock-wave and stand there like dead weight and do nothing for the duration of the battle. Once they're stupefied, a mass of mutants run (yes, run) straight at a building yelling. What are they doing? Couldn't tell you; do they use their powers? NO. You have an *army* of mutants and only Magneto, Pyro, and Callisto even think of trying anything with their powers - oh, and Havoc (once) and one guy who can be cut up and regenerate instantly, but he doesn't do it until wolverine makes him. The rest run onto Wolverine's claws and die, or just run around and yell some more. Of all the millions upon millions of AWESOME things that could have happened in a massive brawl between two groups of super-powered mutants, the only thing we get is lot's of yelling and a few flaming cars.

If nothing else in the movie really ruined it, that scene would have all by itself.