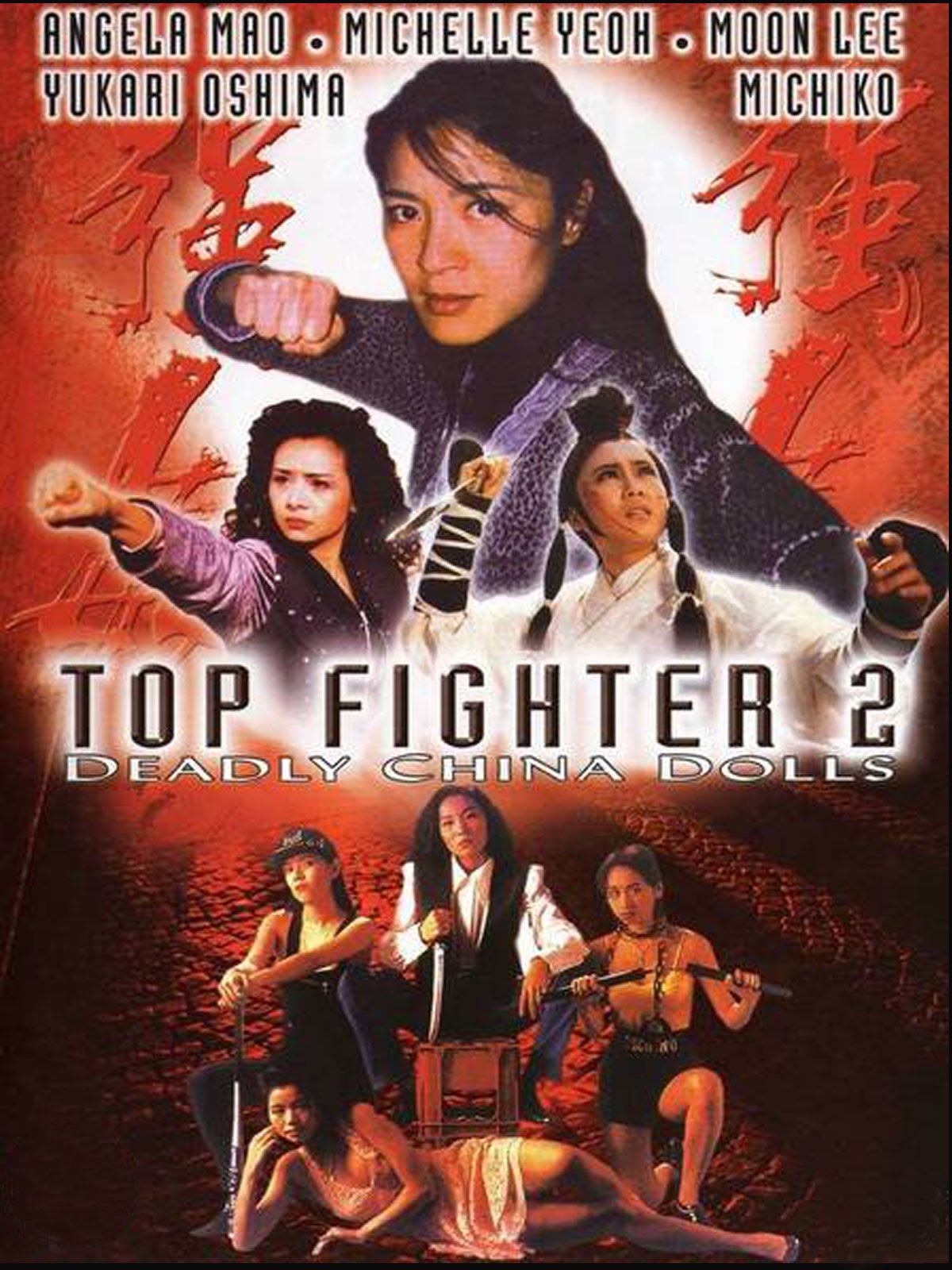 Women too can fight! The sequel of "Top Fighter" focuses in the importance of the women in the martial-arts movies, from her first characters as "hero's girl" until becoming superstars by themselves. A voyage by the times and the most famous beauty fighters from this genre: Angela Mao, Michelle Yeoh, Cynthia Rothrock and much more.
TOP FIGHTER 2 is a documentary highlighting the female action stars of Hong Kong cinema past. Directed by the maker of the original TOP FIGHTER, Toby Russell, it's an amusing outing for fans of the topic. However, it's not that great of a documentary in the sense that it fails to tackle any specific viewpoint or pursue any objective other than showcasing many archived fight scenes and interviews, interspersed with light narration. It's fun to watch at least once, but definitely doesn't sustain itself enough to earn more than a single viewing.

It seems like the producers made a list of all the women kung fu stars they could think of and then presented a series of mini-biographies on them, coupled with interviews of them giving their views on various subjects. Not following a strict chronological order, the complete list of stars is as follows: Amy Yip, Pei Pei Cheng, Feng Hsu, Shih Szu, Polly Shang, Judy Lee, Pan Pan Yeung, Hui Ying Hung, Moon Lee, Yukari Oshima, Elaine Lui, Michelle Yeoh, Cynthia Khan, Sophia Crawford, Michiko Nishikawa, Lien Kwai Yi, Kathy Long, Tse "Kung Fu Mama" Gam-Guk, Cynthia Rothrock, and Angela Mao. The list is so thorough that it includes performers who have not only never contributed to Hong Kong cinema (i.e. Kathy Long) but also don't even have any movie credits at all to their name (i.e. bodybuilder Lien Kwai Yi, who nevertheless had a fight scene filmed for this movie).

The main reason you'll want to watch this is for the plethora of fight scenes offered. Almost all of the performers are accompanied by one to three brawls from movies they've appeared in, and considering that these are stars from different eras of Hong Kong filmmaking, the result is a diverse and rich collage of kung fu. Personally, I'm not a fan of most fight flicks made prior to the mid-80s, but even for me, the ample selection of fisticuffs is entertaining - from the respectively bare-bones and elaborate wuxia and swordfighting flicks from decades ago to the more recent "girls with guns" style of film fighting. Of course, these scenes are still best when viewed in context with the movies they're clipped from, and over time, the fighting can become a bit monotonous. Most disappointingly, the documentary doesn't provide the titles to most of the films it highlights, so good luck to you if you're interested in finding the ones that look interesting for yourself.

The accompanying interviews (there are about thirteen of them) are largely informative but not very well connected: besides the performers talking about their film experiences, there is no underlying theme they appear to adhere to. Judy Lee talks about her opera experience, Moon Lee assures us that it's "guaranteed" to be injured while shooting an action movie, Elaine Lui elaborates on her disappointment with the action orientation of her career, Cynthia Rothrock comments on the stunt differences between Hong Kong and American action flicks, etc., etc. It's fun listening to them speak, but I'm not sure what I'm supposed to be listening to. Additionally, the audio quality of some of these dialogues is iffy: though you can hear everyone speak with little trouble, some of the interviews (especially Polly Shang's) appear to have been filmed in public places with lots of background noise.

The video quality of the DVD is iffy, though this is likely thanks to the footage used: none of the clips from the featured films has been restored. The production offers little by way of aesthetics: the presentation is almost entirely frills-free, and narrator Shenagh Cameron speaks like a newscaster with little enthusiasm. Thus, the focus is entirely on the clips and interviews, for better or worse. I think it's definitely for the better, but again, the documentary doesn't really sustain itself through repeated viewings: greater production flair or at least a more directed approach to the topic would have made for a more memorable film. Better not watch this one with your parents around, kiddies.

I kid. 'Top Fighter 2: Deadly Fighting Dolls' starts off a little risqué, with the first segment trying to convince us that Amy Yip is representative of female action stars. Apart from that, 'Top Fighter 2' is an action-heroine version of 'Top Fighter'.

Essentially, this is just a list of (predominantly Asian) female action stars, complete with video clips and the odd interview. While it uses the same formula as 'Top Fighter', I must say that 'Top Fighter 2' is a better documentary. While 'Top Fighter' showcased a lot of now-famous stars, most of the women in 'Top Fighter 2' don't enjoy the same fame as their male counterparts, and so we get to learn more about these women and see more of their work.

Michelle Yeoh, one of my favourite actresses, is interviewed and a clip of her kicking arse is shown. Although she is well-known now for roles in 'Tomorrow Never Dies' and 'Crouching Tiger, Hidden Dragon', when 'Top Fighter 2' was done in 1996, Michelle would have probably been a virtual unknown outside of Asia. Cynthia Rothrock gets her share of screen-time. After those two, 'Top Fighter 2' is a showcase for a lot of talented actresses from Hong Kong and Japan who may not be that well known at all. I was a little disappointed that someone like Amy Yip was shown while Etsuko Shihomi was left out completely.

'Top Fighter 2' is a nice documentary, and a little better than the first. I reckon any fan of martial-arts movies should check it out - 7/10