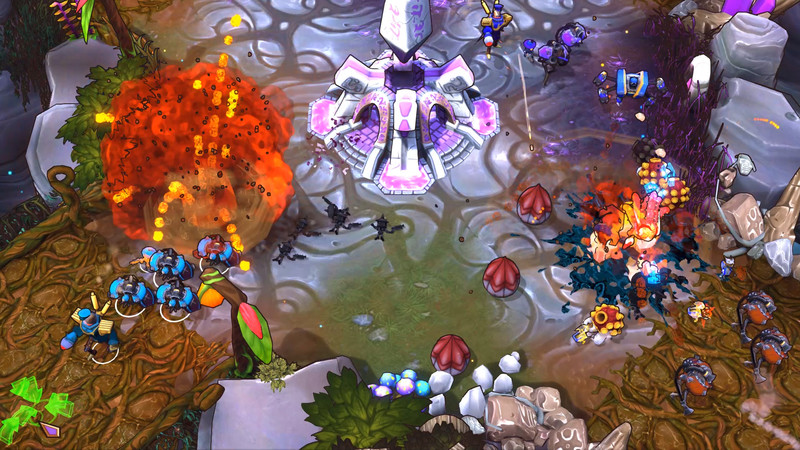 Pick a commander from the dieselpunk Knights of Teutonia or the futuristic Alchemists of Regalis, and guide them and their squadron of wildy cuddly and mildly vicious minions to victory on the mysterious floating isles of Tenshii. Your team's goal is to eliminate the enemy commanders off the face of the island.

First, seek out and battle neutral monsters in order to gather basic minions. Then, gain control of transform points around the map where you can mutate your basic minions into larger and more powerful ones, each with their own special ability. Choose the perfect combination of minions and their abilities to trap, blast, or melt all the enemy team's commanders and win the round. Finally, rinse their tears off your good mouse hand, and repeat the process once more. 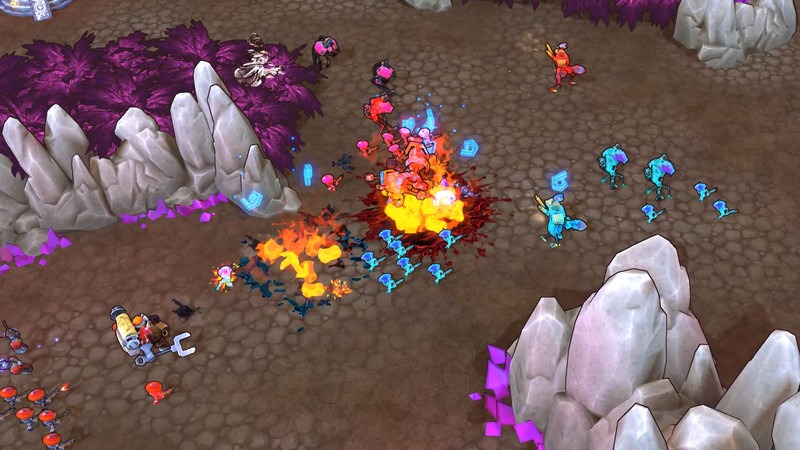 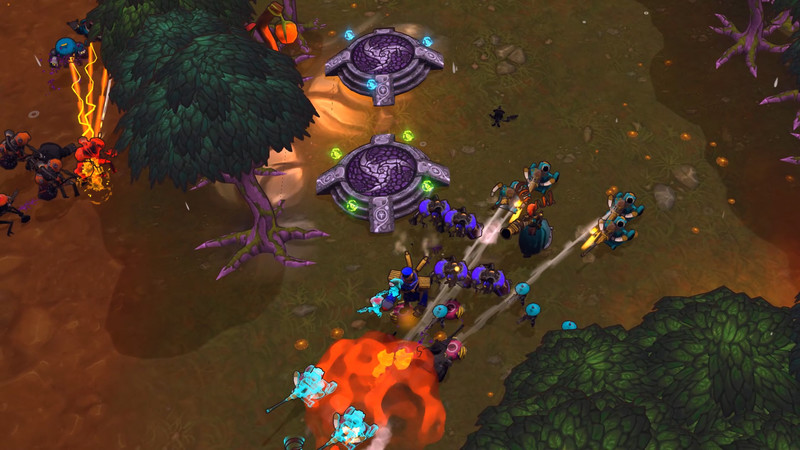 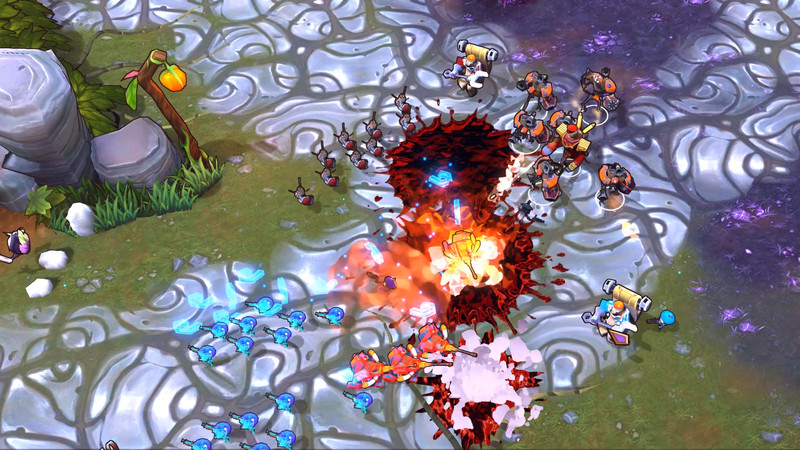 The Maestros is like if you take an rts and and boil it down to mostly just intense micro gameplay. I was more hooked than I expected. I kept coming for more and more games.

In terms of cons if what you enjoy about RTS's comes from base-building then this is probably not for you. That said, if you want to play an RTS where the fights can start in less than 40 seconds, you have come to the right place. Make sure to try the conductor unit which chains electricity between each unit. The high risk\/high reward gameplay of that unit is really fun.. I've always kind of avoided RTS games, but as a MOBA player, this was actually a really cool intro into a more RTS-style game. Thus far, I've been really enjoying myself, and the quick, action-packed matches have been lots of fun playing with friends. Basically, I think this game took the best parts of both genres and just made a game entirely out of that which is, not surprisingly, pretty great. Looking forward to the game getting even more developed since it's already lots of fun!. This is a great RTS for short bursts of gameplay. Normally when I play an RTS or strategy game I need to invest at least 30 minutes of time. The Maestros is great because I can play a game in ~10 minutes. Of course each time I open the game I end up spending a lot more than 10 minutes.

This game has an addictive game loop where you spend ~60 seconds "farming" your initial units, then you get straight into combat with enemy players. In order to farm you fight little AI groups of mobs on the map, which I find more enjoyable than traditional resource mining.

There are unit counters like your traditional RTS game, but I've found it to be less impactful than smart positioning and good team play. Even if an enemy player has a perfect counter to your team comp, you can still beat him if you manage to outposition or outmicro him.

I'm really excited to see the future of The Maestros as more content is released, but in the mean time I'll continue to play the hell out of it.. Very rough around the edges right now but seems like a really neat concept. Looking forward to seeing it develop.. As a LoL player, I love playing a game where I can drop into a quick 5-10 minute match with friends (can even play 1v1). It's always fun to try out different cheesy strategies. Hoping this game picks up more steam so it gets easier to find a match!. Great deathmatch RTS with fun dynamics. Its competitive Pikmin and that's cool!. Enjoying this so far - it\u2019s a little bit moba and a little bit RTS, but I haven\u2019t really seen anything that works the way this game does. It feels surprisingly good for an indie game, though there are times where getting body-blocked feels super bad. Anyways, you get robots from fighting monsters at these camps around the map, and killing the other guys commanders wins a round. I feel like there\u2019s a lot about how you pick which camps to battle and which units you decide to transform that adds depth to the game.

Looking forward to unlocking the second faction commanders - I saw somebody playing them and their unit\u2019s abilities look pretty cool. Might update afterwards.. Played this game a bit against the devs early in alpha and recently in early access - quite fun. Really cool take on a way to blend RTS and MOBA gameplay. Highly recommend!