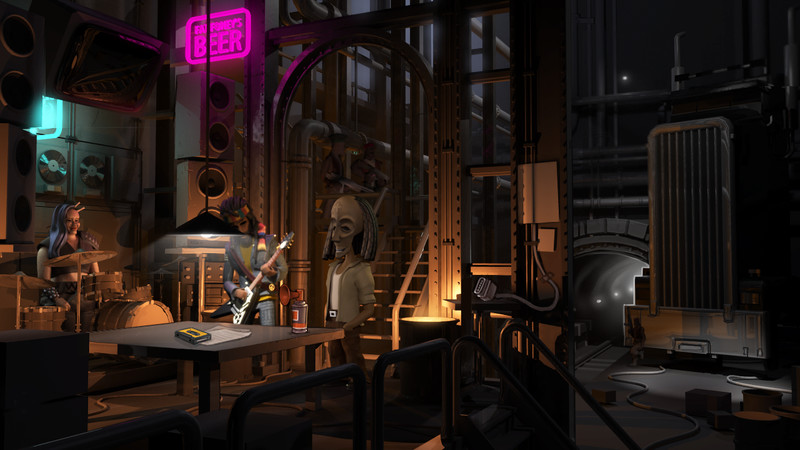 In the jungles of the Underland, scattered remnants of an ancient culture speak of a great evil that dwells in the shadowy depths of the Kwayerumoshi caves. But even the darkest secrets of this lost age are about to be revealed by the brave actions of three unlikely heroes.

In the final chapter of The Journey Down, Bwana, Kito and Lina explore the vast reaches of the Underland and unravel its long-forgotten history. Their adventure comes to a bombastic conclusion when they learn the true nature of the Great Asili tree and the Armando Power Company.

The Journey Down is a classic point-and-click saga with an Afro-Caribbean vibe. Get ready to embark on an epic journey of brain-teasing adventure! 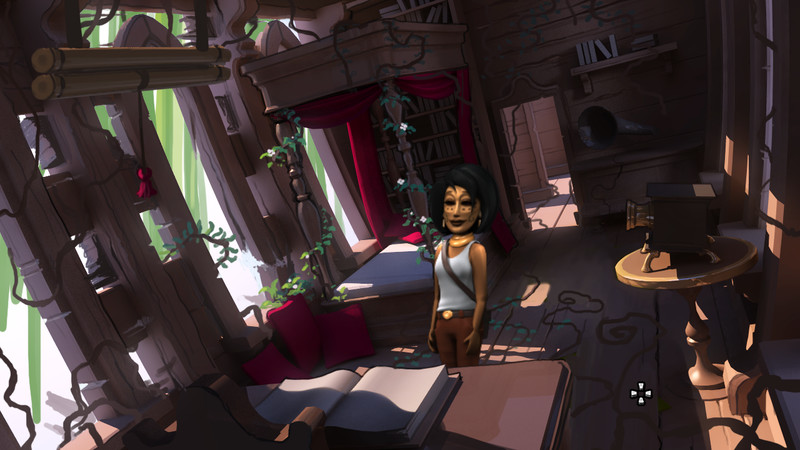 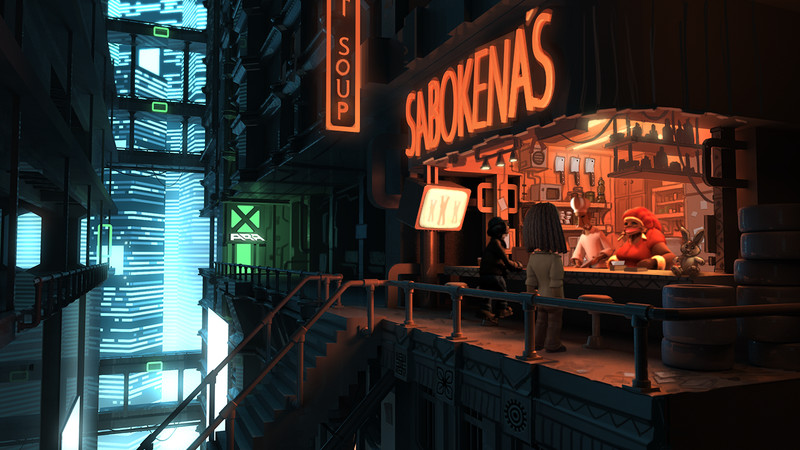 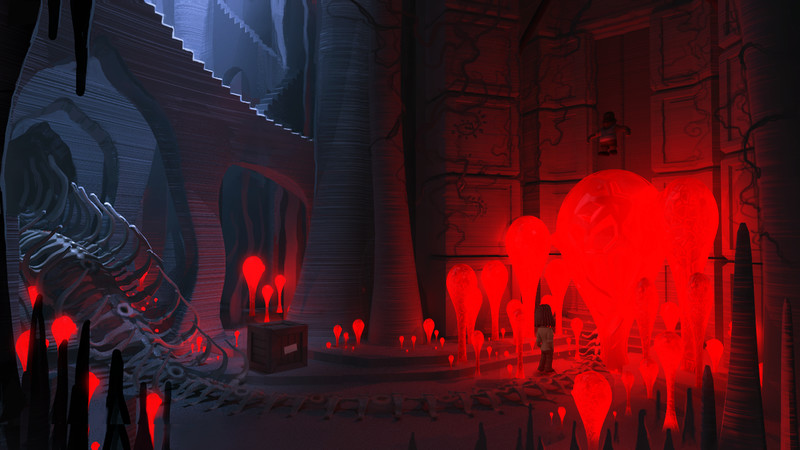 
Best adventure game I played for a long time. The puzzles are logical, not that hard, the athmosphere, muisc and story is marvellous!. As you can see, I gave this game a "Recommendation", but as a whole trilogy. Cause I would recommend adventure game lovers to buy the trilogy. However I do have a slight problem with Chapter 3...

First of all it felt different from the first two chapter, as it tries to go in another direction thematically, because of that chapter 3 felt as if its stray from, as another user puts it, the "Originally intended direction". I wasn't satisfy with how they choose to conclude the story.

Second of all, chapter 3 fell short with its Background Art, some of them were good, but overall its not as good as the first two games.

Other than that, I enjoyed the whole trilogy, I did kind of enjoyed Chapter 3, but was disappointed with some of the decision they made. Even so, I have no regrets in backing this game at Kickstarter.. After playing the first two games I eagerly awaiting the third chapter. Starting the game I was dumped unceremoniously into the game, I had to go to YouTube for a quick recap.

The game itself continued with it's excellent style, atmosphere and unique story. The puzzles were pedestrian, the usual fetch style quests making you go back and forth to progress forwards.

Overall, it was on par with the other two chapters but not really ground breaking.. Ah! It's over! It's all over! Like the previous two parts, an utterly delightful game. Just campy enough with all of the supporting characters. Thanks team for making a wonderfully casual point/click puzzle adventure game.. I simp[y wasn't a fan of the story of this game. I really liked the first two but the final entry got too lore heavy compared to the other entries. Alot of the new character designs were bland and some of the new characters were just generic stereotypes. While trying not to spoil the ending, it felt anti-climatic and I was disappointed that it just ended.. Great ending to the triology. I found this one to be less enjoyable though than the two previous games. Seemed to be more filler and cut scenes, and less puzzle solving. Less comedy focus as well. Still an enjoyable game, but definately play the first two as they are great and most of this game won't make sense without that background.. The best point and click adventure game series in recent memory. Get this if you are even remotely interested in the genre.

Chapter Three of The Journey Down won "Best Graphics" at the 2017 Aggie Awards! We're so proud we can barely keep it in! Also the soundtrack won reader's choice for Best Music. :D

In other news, the German localization of JD3 is finally online, together with some long awaited bug fixes! So bitte get your Deutsche groove on and give it a go. :)

This version has been in beta for quite a while, but should you run into any new nasty issues despite this, please let us know. Oh and when doing so, please share your OS and general system specs.

t. SkyGoblin has a dev page!: 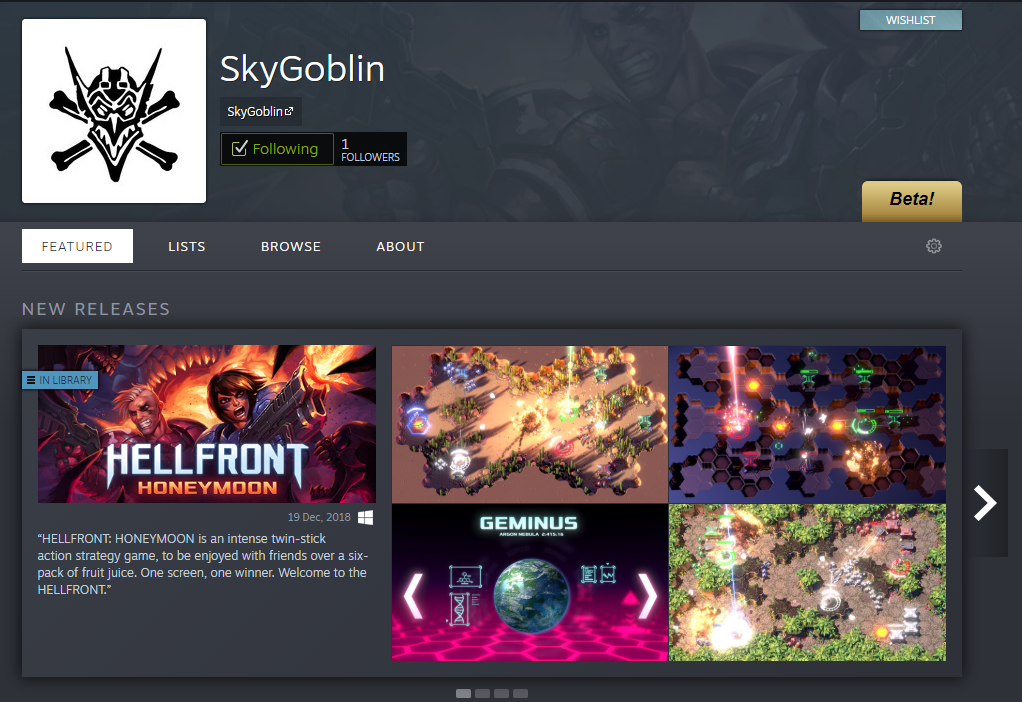 We have finally put up a Steam dev page for our little studio. It's not much to look at, but we are very proud of it nonetheless.

What it's mainly good for is that you can click Follow so that you'll be notified when we release a new game or if we have some fun/stupid news to share with you.

At the time of writing we have 1 Followers :)

Anyways, here it is in all its glory: Steam Developer: SkyGoblin

Happy gaming everyone and THANKS for all the support!