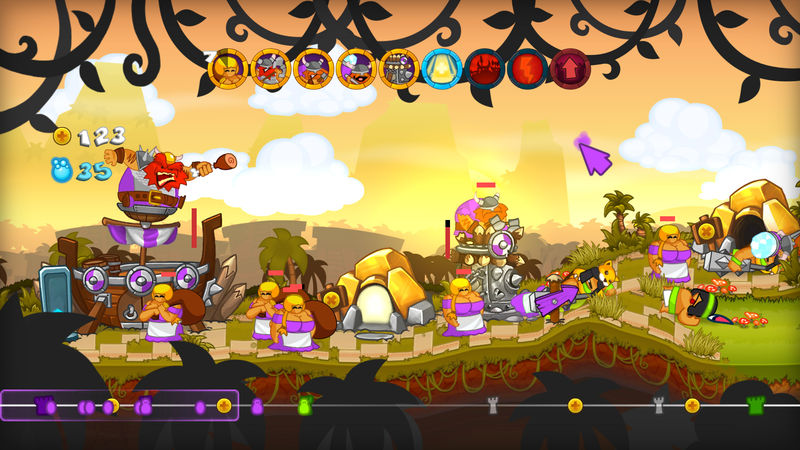 Rewrite history as you take control of the brutal Vikings, the devious Aztecs or the crafty Chinese in their global quest to win the favour of the Gods!

Swords & Soldiers is a side-scrolling strategy game that lets you control an entire army and lets you wield devastating magical abilities. Demolish your enemy’s castle at the end of these two-dimensional battlefields and lead your troops to victory! 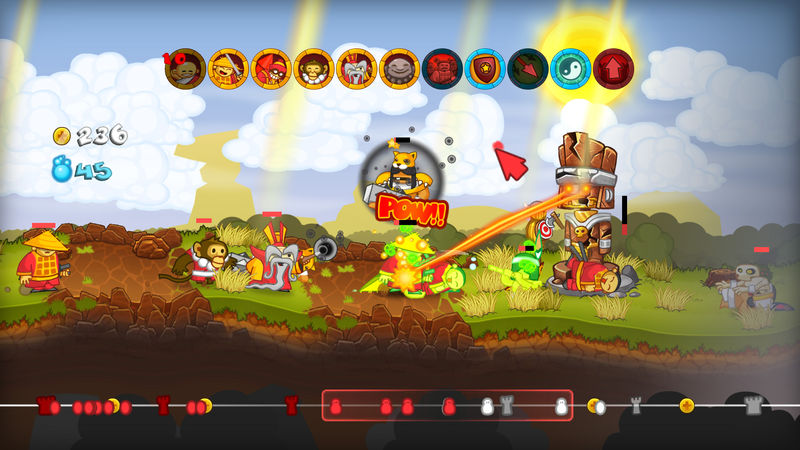 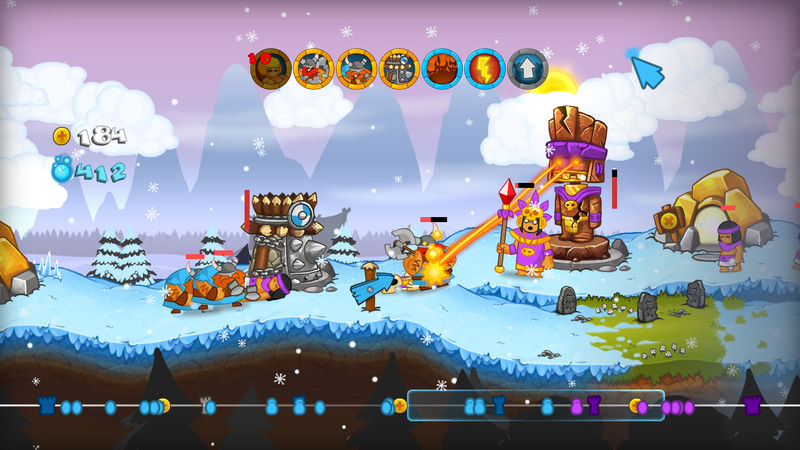 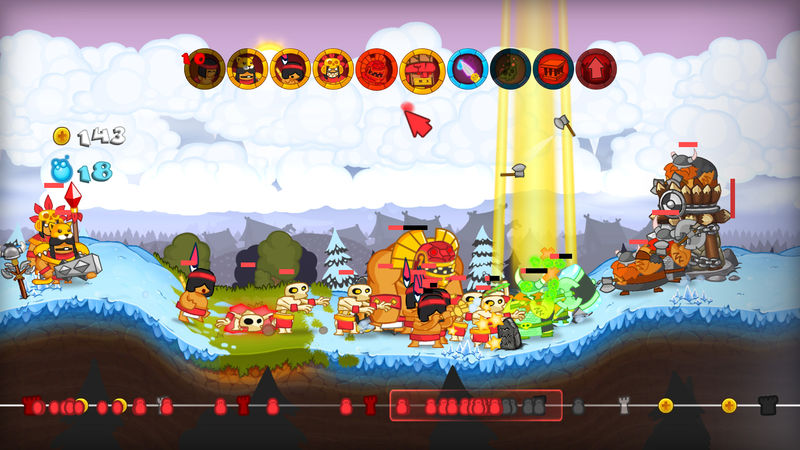 
not meant for pc. TL;DR - Fun little game! Very good for an airplane or a bus ride.

Simple, yet challenging at times. Good AI system, skirmishes are available on like 9ish maps that don't vary too awful much, but variety is still variety! Very cool for what you pay, definitely worth a 5$ investment. Nearly bugless as far as I can see, very well programmed, only flaw is no hotkeys for the units, which brings me to my only actual negative:

If you're gearing towards online or multiplayer though you're going to be sorely handicapped without a touchscreen as it makes things a whole lot easier.


A minor annoyance:
You can get it into non-fullscreen pretty easily through some workarounds but it works janky at best and you're stuck constantly re-syncing the cursor due to the mouse acceleration the game has that isn't able to be turned off.

All in all, fun game to play, though the settings menu is extremely simplistic. (At least this game has sliders for volume though! Not a big fan of having to click my sound all the way up to 100% before I can get it to 0% lmao)
. This game has some serious pacing and balance issues. Some levels are so easy they can barely be considered entertaining, others are so hard you're left wondering if there's some hidden mechanic you're missing that's necessary to play the game. Also the enemy in Story mode doesn't seem to follow any of the same rules the player is forced to in terms of gold or mana accrual. Even if you kill all of their workers they seem to have no trouble finding gold to spawn new units as quickly as possible (unit cooldowns also don't seem to apply for them). What this means for gameplay is that you have to follow the pattern they set for you or you're quickly overwhelmed. Which makes this not a game. It makes it a set of instructions. The graphics are pretty but not particularly so. The music is fitting but not particularly so. The story is amusing but not particularly so. Pretty much the entire game left me with that "Yeah, and?" kind of feeling.

If you're a superfan of tower defense games or really simple strategy toys, consider picking this up during a sale for at least 80% off of it's retail price (9.99 as of 7/7/15). Otherwise, I'd avoid this title completely.

Disclosure: I did not buy this game directly but instead received it as part of a Humble Bundle. This is not the sort of game I would typically consume, so I may not be the most reliable reviewer.. Um dos jogos mais viciantes que eu peguei ultimamente. Vale a pena conferir.. This is a great game! Basically it's an RTS reduced to its simplest form. There is a 30 level campaign in single player, challenges, and some really challenging competition online.. I'm just here to support romero's pizza delivery service.. Doesnt even launch. Simply to shallow of a game... There are better tug's on SC2 for free. I struggle to find any real strategy to this game, not even simple rock paper scissors mechanics. All you have to do is spam out the base melee unit and the ranged unit, all game and with minimal other thought you will win.

I will the the humor is cute, but that doesnt make the game good.

Lastly I had to play the game on my desktop even though I bought it to play on my surface, but the game had no idea how to scale to my surface.