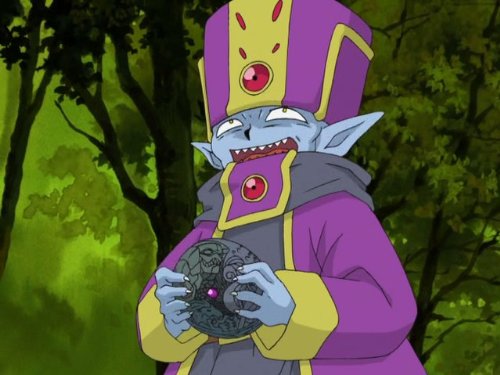 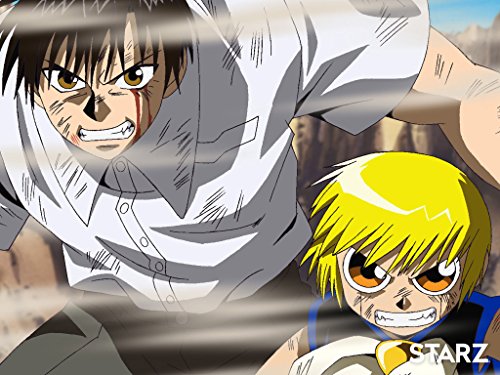 Part Four of the Five Part Magic Mirror Series. Kiyo and Zatch, with Shion and Nya go after Grisor who had stolen the restored Magic Mirror. Dr. Hakase leads Grisor with a wireless radio and draws them into a trap that they had prepared beforehand. However, Kiyo and his friends overcome these traps with Nya's powers. And finally, Dr. Hakase, appears in front of them. Dr. Hakase reveals that the magic mirror's power does not let you escape the battle to decide the mamodo king, and that what he had told Shion and Nya was a big lie. Dr. Hakase, in front of a stunned Shion and an enraged Nya, reflects the spell's book's light to the magic mirror to shine it on Grisor. Then suddenly, Grisor with a horrifying howl transforms himself into a giant and heinous creature. The intensification of a mamodo's powers---- that was the true power of the magic mirror. As Dr. Hakase chants a spell, Grisor spews out a powerful flame from his fingertip and completely burns down the surrounding area. Kiyo and Zatch are shocked by Grisor's overwhelming powers. Nya attacks, and Shion follows behind. However, Grisor easily manages to fend off their attack. Just when Grisor is about to finish Nya off, Shion confronts him. Zatch's spell is unable even to make one scratch on Grisor. Right when Grisor's flames are about to hit Shion, Nya musters up his last strength and saves Shion with a body slam. However, Nya's book is engulfed in flames. Draped in light Nya disappears in Shion's crying arms. Zatch is enraged. Grisor laughs them off and surrounds them in a field of flames with his most powerful spell. But Kiyo and Zatch refuse to give up and charge at Grisor in order to put an end to this tragic battle over the magic mirror!