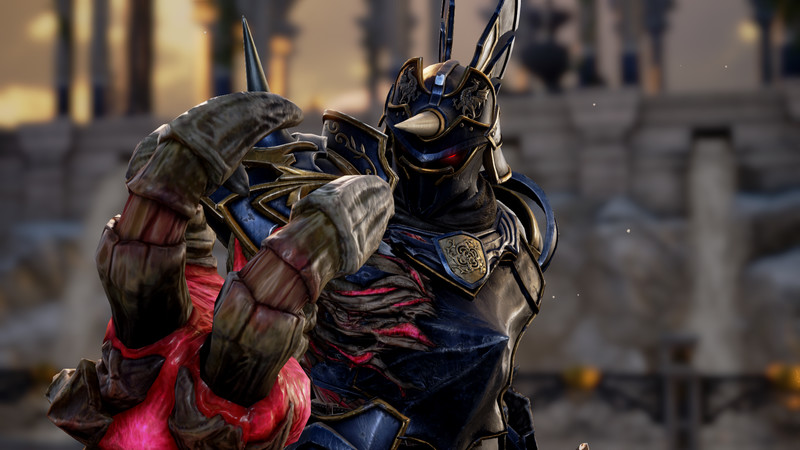 Introducing the newest entry in the SOULCALIBUR series!
Experience all-new gameplay mechanics with the most beautiful graphics the weapons-based fighting genre has ever seen!

■All-New Battle Mechanics!
Reversal Edge: Block your opponent’s assault and counterattack! A fusion of offense and defense.
Soul Charge: Enjoy a temporary power-up to turn the tide of the battle. Unleash additional attacks in this state!
Wield Lethal Hits to deal huge combo damage and take down fearsome opponents!

■A full assortment of single-player modes!
STORY: Taking place in the 16th century, revisit the events of the very first SOULCALIBUR in Soul Chronicle mode.

■ A wide variety of game modes!
Clash with players around the world in Online mode!
Create your own character to suit your tastes in Creation mode! 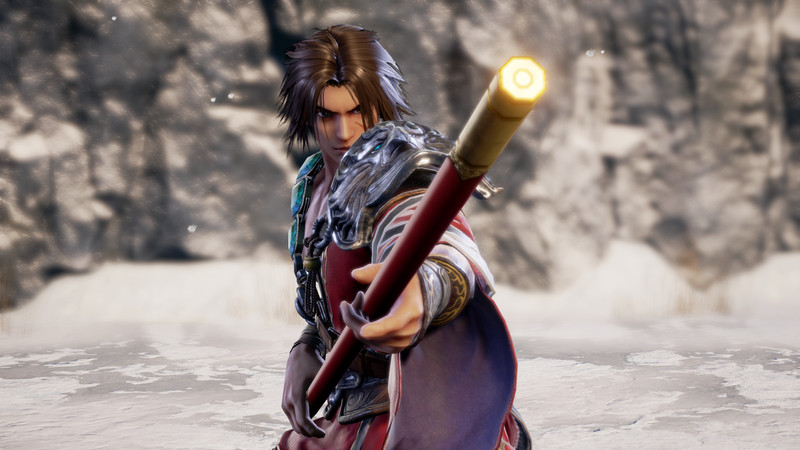 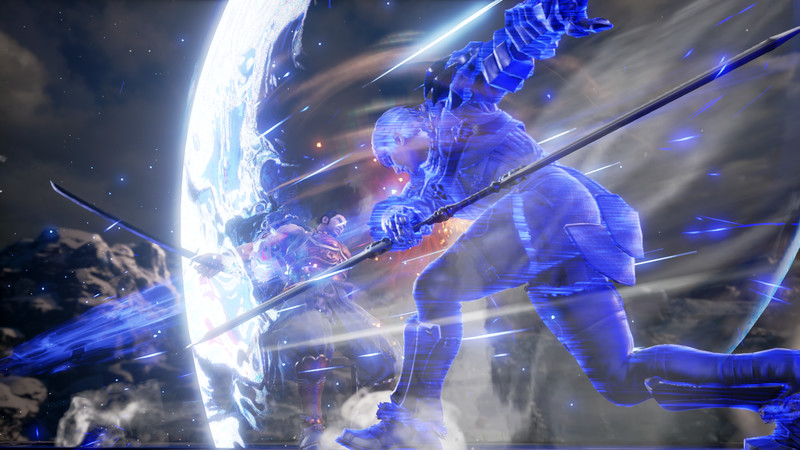 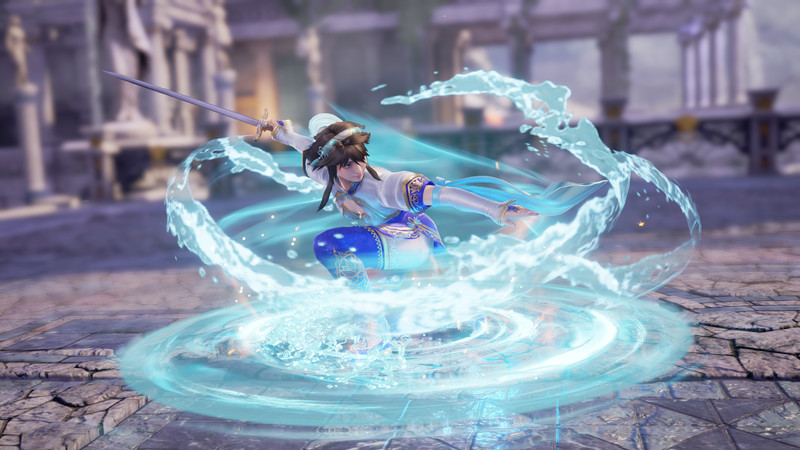 spongebob vs hank hill (real). Less customization than V despite being newer. less characters than IV despite being newer, defensive play is not as strong anymore and the reversal edge mechanic is terrible. the game feels like a freaking cutscene at some points and I really wish theyd just port v to pc so i could play that instead. the game is okay but when i think soul calibur i expect more than just "okay" i want something great.. I keep starting up this game wanting it to be good but after about 15 minutes or so I\u2019ve had enough, every time. Your forced to sit through endless dialog. Looking at an image of the story while listening to the characters go on and on, then finally your able to do a fight. You can probably win using one or two buttons, then more looking at an image while you listen to more voiceover story (No real time or otherwise cinema). Rinse and repeat.
It is absolutely awful. This trend of trying to pump out fighters as quick as possible to make more money faster is ruining the genre. Do not buy this.. greedy money grabbing excuse of a full price game -.- what a utter disappointment.. VERY good game for the series.
2 will alway be my favorite (for nostalgia reasons)
BUT this game is quick to take second place.
Love its story, how your able to play through it with a character you made, or with one of the ones from the story itself.
Controls are great and the new moves and dialogue everyone has is just as good.
Its a beautiful looking game.. One of the best fighting games, needs more attention.
Don't buy this for story mode though, it's not the main focus of this game. It's just there for the sake of being there.. Terrible DRM.
Way to kill sales of your games Namco.. Well finally reviewing after finishing both Libra of Soul and Soul Chronicles so here is my review.

The things I liked most in the game was two story modes one for the main Roster and one for created characters this reminded me of Soulcalibur 3 they were fun but hard at times. I also liked how side quest helped add to each main roster characters stories. I loved the throw back to some of the boss fights in previous games my personel favorite was the Inferno boss fight even though I haven't beaten him yet in the side quests. I even liked the Geralt encouters. Now let me move on to Character creation.

I like the character creation and the fact I have had the custome parts needed to make my favorite anime characters was much appreciated but the downside is that there isn't as many parts as i would have liked for certain creations but it was still fun. I won't tal about online mode because I don't play it much but the final subject is....

Arcade mode unfortanetly it is still far too easy to beat it on Normal mode and the fact that Groh is the stage 4 boss repeatdely is very boring plus the AI doesn't do much in Arcade mode unless you are in Hard mode also as much as I Love Amy her being the stage 8 boss over and over again is also boring to be Honest changing up the last arcade boss on all modes would make it more fun but other than that Arcade mode is awesome and is fun for test running Character creations.

overall better than Soulcalibur 5 in some ways not so much in others but still really well Done Namco extermly well done. I am happy to see you guys keeping it going and I wish you luck on all future projects and can't wait to see what you do next.