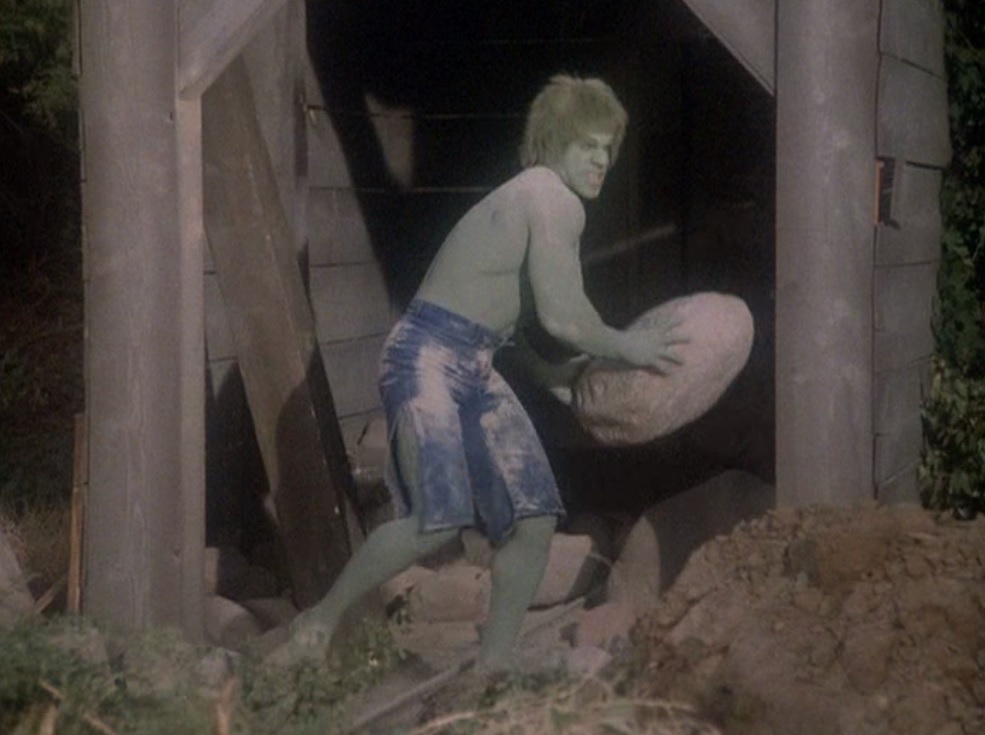 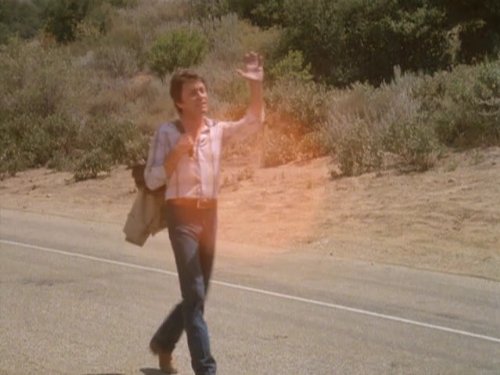 David 'Becker' finds himself being forced to dig for gold in a mine for an escaped con and a former prison guard as one of their 'slaves'.
David (Bixby) is captured by a couple of gold diggers in a deserted town, and forced to dig for gold with two other 'slaves' in a mine. The uneasy alliance between the prospectors (one is an escaped convict, the other, an alcoholic former prison guard from the same gaol) deteriorates throughout the ordeal, as racial undertones surface, combined with David's careful baiting to expose cracks that could potentially lead the trio to safety.

Next-to-last episode has a solid cast with Jeffrey C.Kramer playing one of the slaves (he played deputy Hendricks in the first two "Jaws" films), and stand-out performances by John Hancock and Charles Tyner as the ebony and ivory captors. Hancock's bulk and intellect tower above the volatile Tyner character, and the two become estranged as Tyner begins to suspect (fuelled by David's measured goading) he's the real slave, dominated and humiliated by Hancock (hinting at reverse racial discrimination). Tyner's character reminded me of the Ezra Cobb character played by Roberts Blossom in the Ed Gein-inspired horror film "Deranged".

The Hulk-outs are pretty standard (a ballroom blitz and a mine sweep), although in keeping with later episodes, big Lou is given some additional screen time to "act", showing what happens to the Hulk once he's out of frame and no longer agitated. Overall, it's Hancock and Tyner who steal the show and an entertaining episode ensues. Here's a bizarre one, and not in a good or humorous way, but in a cringe-inducing way. While trekking in the middle of nowhere, David and a pretty young lady are abducted and put to work as "slaves" in a mine for a black escaped convict named Isaac and an ex-prison guard. Seems Isaac has some grudge against white people, though we're never told what it is, despite getting quite a bit of his backstory.

Well, that's fair enough. We all know that black people can be treated unfairly, and that some of them respond with reverse racism, even when the mistreatment isn't racist in nature. But taking out one's frustrations on innocent people is one thing; trying to recreate a system that hasn't been legal for over a hundred years is just coo-coo (not to mention hugely disrespectful to the people who suffered under slavery). The fact that the script casts Isaac as perfectly sane is poor characterization, and an awkward misunderstanding of racial issues.

Also, a very abrupt time-jump in the middle of the episode implies that David and his lady friend are "enslaved" for months. It's hard to swallow that David lets this go on without even once trying to provoke a transformation into the Hulk. This wouldn't be the first time he ignored the potential benefits of a Hulk-out, but it surely is the most ridiculous one. Done under the right circumstances, the Hulk could have been a guaranteed ticket to freedom at any time.

We get some painfully over-the-top acting, with only Bixby, Ferrigno, and Grant coming away with their dignity intact. Scenes which are supposed to be frightening induce only uncomfortable laughter. A few points save this episode from being a complete disaster: the Hulk-outs are just fine, and David allowing his friends to think him dead at the end is a brutally honest take on David's tragic situation. But these points don't make this worth watching.