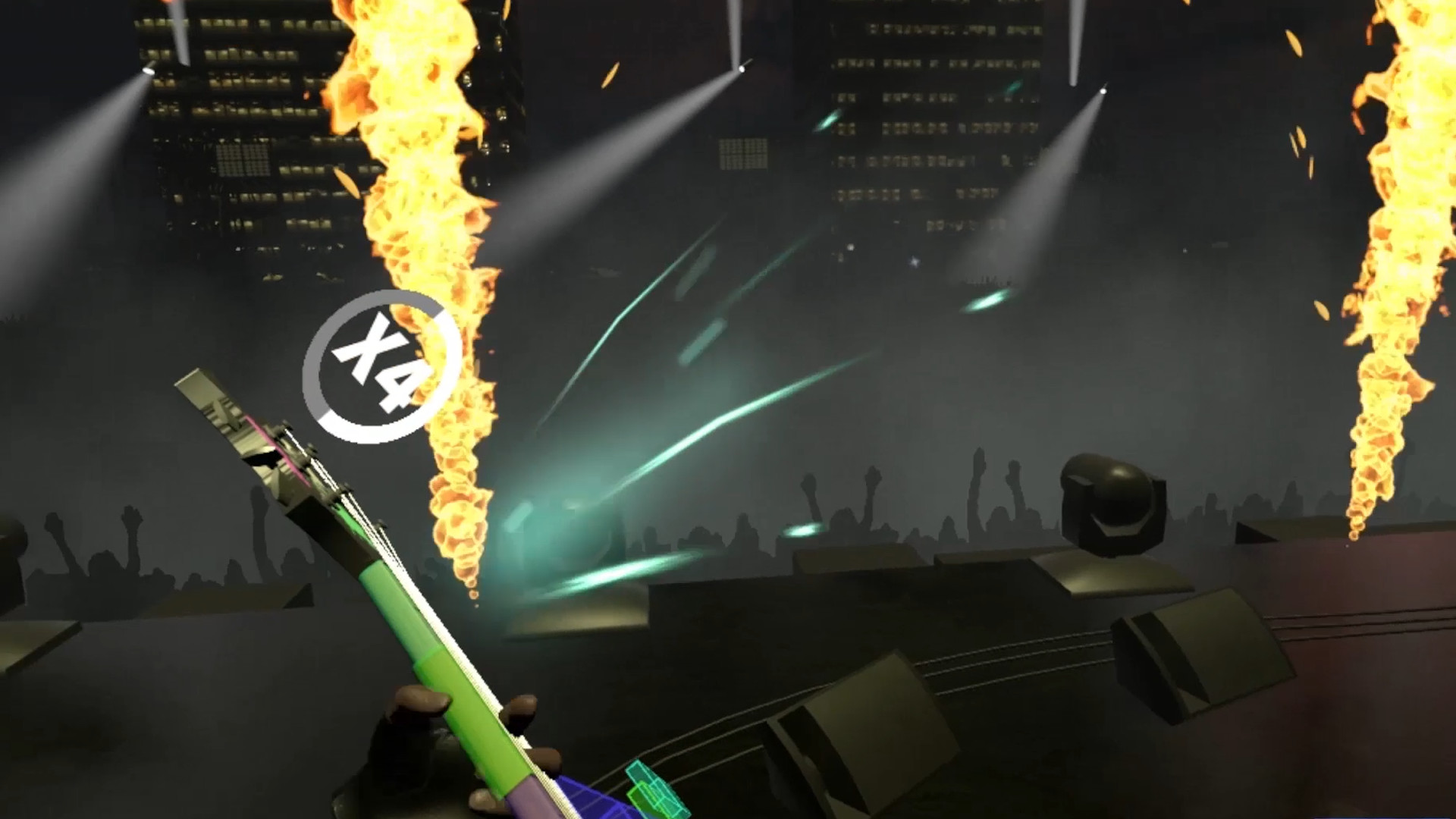 RIFF VR is a one of a kind music role playing experience. Use VR technology to become the guitarist, drummer, or singer of your own band. The RIFF VR band members will jam with you thanks to motion capture by professional musicians.
Get high scores to move from the rehearsal area and your garage, to a TV studio where your dreams of fame might be coming true. If you’re good enough, you can even make it big and perform in a stadium full of screaming fans!

Choose from 20 original tracks covering Classic Metal, Classic Rock, and Modern Classics. All songs that you know and love by bands such as Poison, Europe, KISS, Joe Walsh, 3 Doors Down, Fall out Boy, X Ambassadors, and more!

KEY FEATURES
- Experience RIFF VR’s guitar without any clunky accessory thanks to our exclusive technology
- Hone your skills by playing through our 3 levels of difficulty: Easy, Medium and Hard.
- Build-in streaming functions! Show everyone how much you rock!
- Custom Venue and Band creation gameplay mode.
- Unlock different environments by scoring high marks!
- Rock to the originals songs! We’re music industry friendly which means we license ALL of our music.
- Enjoy more than 20 hits by legendary musicians! And one bonus track only available for the best players!


COMING SOON
- More in-depth motion capture;
- Steam leaderboards;
- Freestyle gameplay: enjoy jamming without the pressure to get high scores;
- Scoring system for vocals
- Support for Steam Workshop so anyone can make content for music videos;
- Official RIFF VR Youtube channel with appearance by real musicians;
- Artist based DLC: Play famous bands’ greatest hits with them, as part of the band! 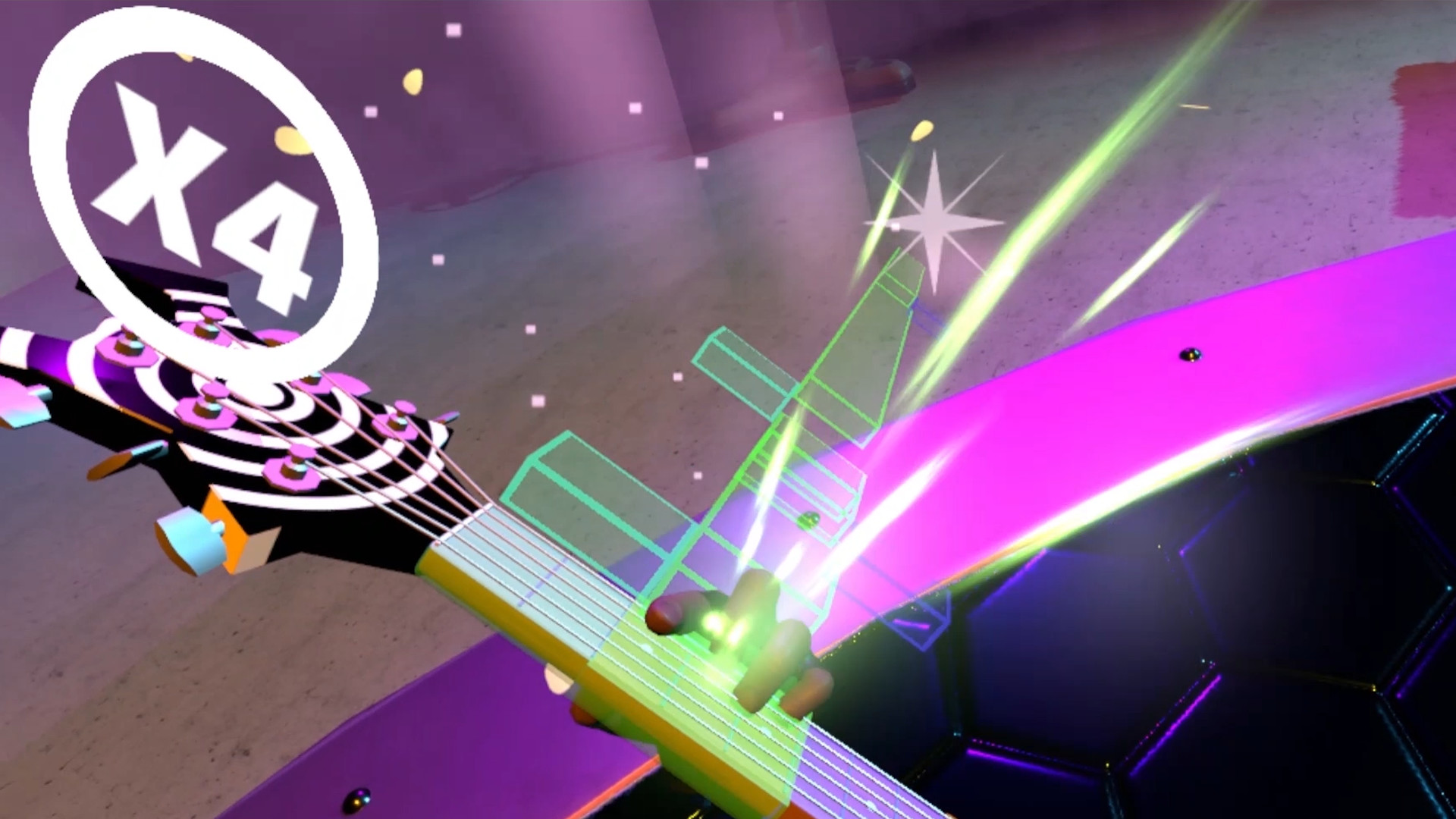 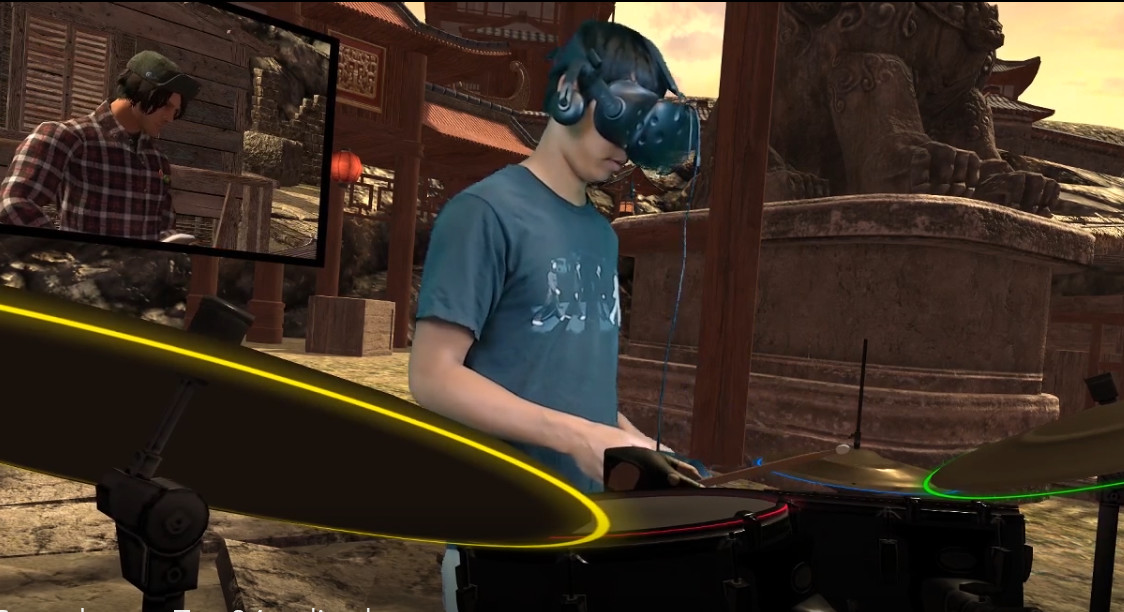 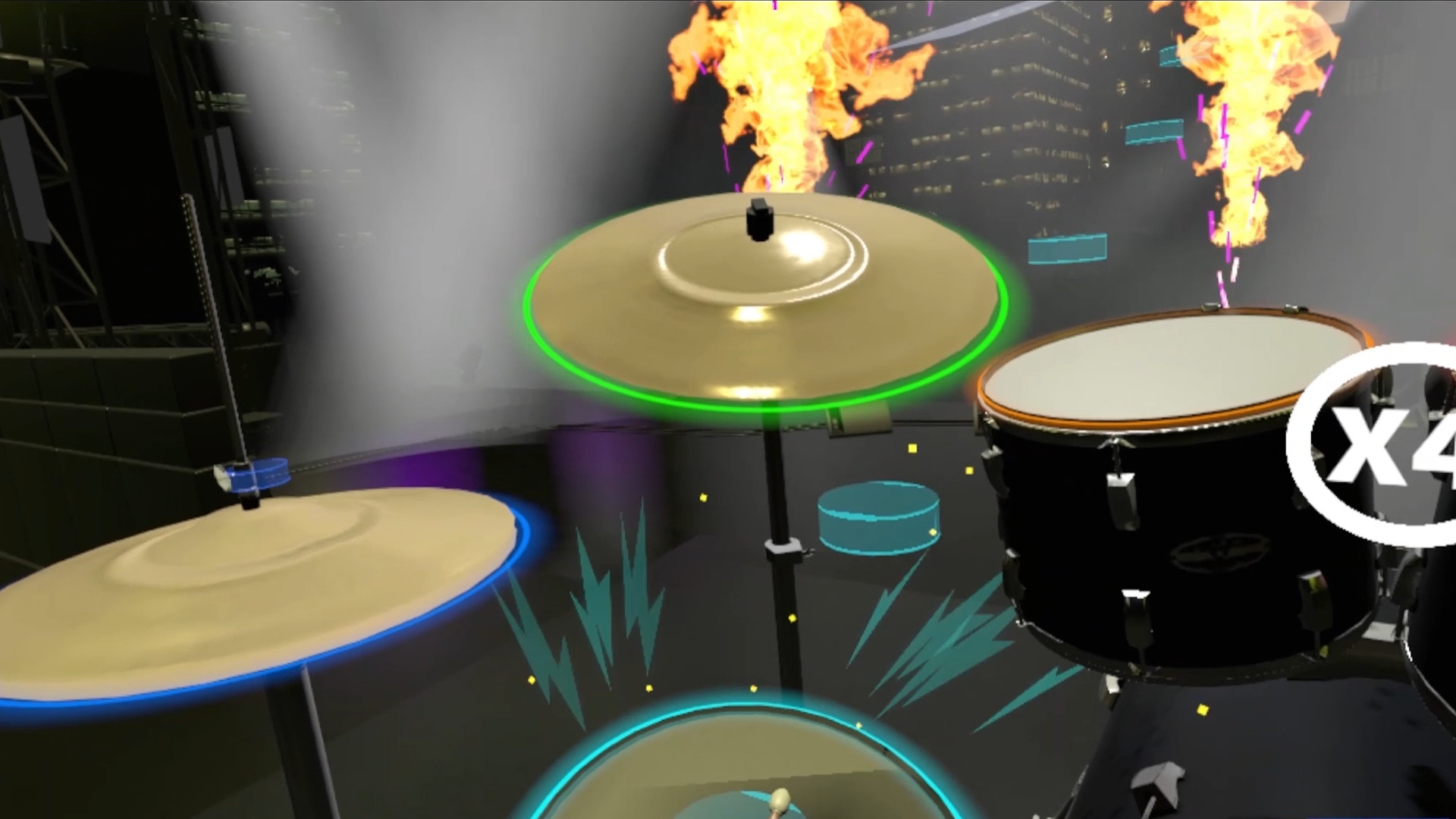 Hot garbage. Controls don't work, for example, tutorial says to pick up a pick for your guitar, so I do, and then it freezes in place and I can't unlock my guitar from me. The very first screen you see tells you to enter a stream key, and you can bite me. No game should force me to enter a stream key, I don't care what your mechanic is, you're a VR music game. Suck me dry, I'm not doing that. Your game has no feedback for hitting drums and your guitar controls don't work.. I Have bought this game on SALE at 20% discount.
Writing this review,i have 63 minutes of playtime.
I can only say this game is great fun!
I play this with a Windows Mixed Reality device (Lenovo) and all thing work just fine.
There are some minor bugz, but if they are not reported at the discussion forum, the dev(s) will never now, offcourse.
Workshop is availible for this game, so many songs can be added (just need to figure out how)
Even if the game is not on sale it absolutly worth the price, grafix, animations, sound is just fine.. It is the worst game I've ever played on vr don't waste your money on this product. If you think it's a Vr guitar hero here's the answer : NO !. I just trying tutorial. There are some problems there but I like the concept. I wish developers to continue fixing the bugs found in there. It could be a great game! I recommend only to those have to spend 10 bucks for a buggy but promising product and further motivate the developer. Oculus Rift version.. DEVS PLEASE READ: I am going to go ahead give this a positive review, but I have notes, stuff that needs work. As a musician and a former fan of guitar hero and rock band, this has aweomse potential in VR. Music selection right off the bat is great. Now in Tutorial you need to work on the guitar tutorial as I believe the pick is unable to be gripped. I tried exited and tried again but didn't work. However in regular part of the game worked just fine. Drums need to be reworked a little bit, first accuracy of hitting drums was a bit off. Next the beats were off on the chart when coming. they don't really match the beat that you would typically be hitting in the song. again just a half second or so off. Also on the drums, if you could incorporate the drums to be tilted a bit if the user so chooses to do. The toms being straight up aren't realistic for any drummer. I didn't get a chance to do the vocal part yet, but figure more of a karaoke style, as my mic wasn't being recognized even though windows has it set for default.

Again great idea, good game thus far, just needs to be worked on a bit and tightened up. Look forward to seeing what you guys bring to the table. :). Very nice simulation .. definitely needs more polish but not bad at all. It would be great if the MidiTool was a complete conversion program which automatically converts your own mp3 songs without having to go through all of the extraction process which most users have no clue about thereby shutting them out from making new content. There are videos but they are not well explained. An automatic process for conversion would be MUCH better and would probably sell a lot more units of this game. I DO recommend it though .. it has great potential