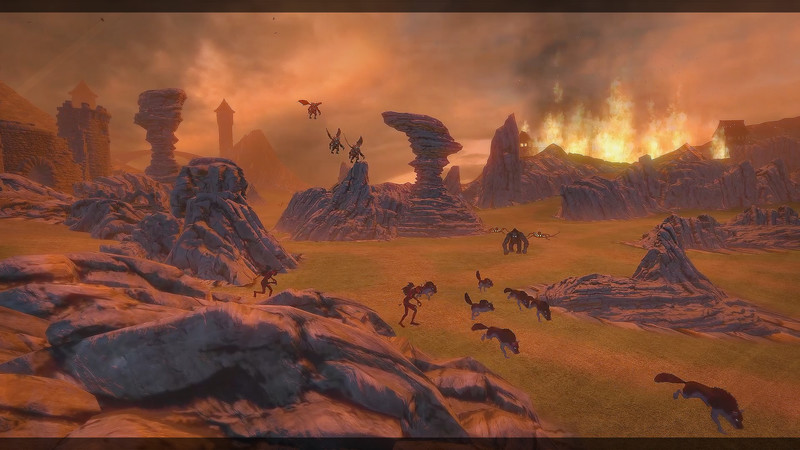 Queendoom is an Archery Tower Defense game designed from the ground up for Virtual Reality.

An ancient prophecy foretold that the kingdom of Greenlands and its villagers would experience dark times. This prophecy came to pass on the death of the King. The King died without a son and heir which plunged the kingdom into chaos as his daughters became emerged in a vicious power struggle. A portal to hell was opened allowing waves of demons and dark creatures to rampage through the kingdom bringing terror and panic to the villagers, destroying and pillaging all in their wake.

The apocalypse has come to Queendoom!

But all is not lost, the Queens possess strong values; courage, honesty and loyalty.

They have been trained by the masters of Greenlands to fight with the bow against the most fearsome enemies. Artisans from all over the kingdom have been manufacturing special arrows, with exceptional raw materials and superior forging techniques, making them capable of defeating the strongest and most resilient creatures.

The objective is to defend their castle to win the freedom of the villagers, bringing peace and prosperity back to the kingdom of Greenlands. The battle will be long and arduous, but victory is the only option. Aside from the battle, the Queen will also need to complete other mysteries and unlock achievements.

You can lead your own army of warriors, archers and supports. Strategy and good resource management will be the keys to success. Hone your skills with every hour you spend playing. Defeat your enemies and you will be the heroine of Queendoom earning yourself an indelible place in the kingdom's history as you soar up through the rankings.

Are you ready to challenge and face the bosses of hell and their minions?

The war in Queendoom has begun! Are you going to let them win? b4d347fde0 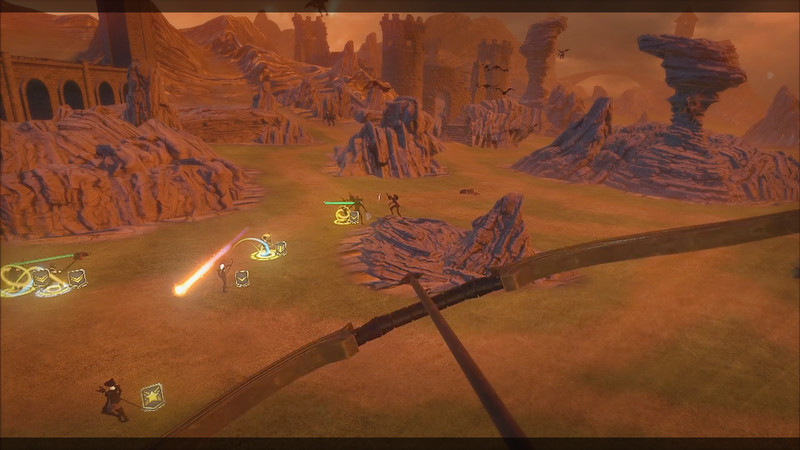 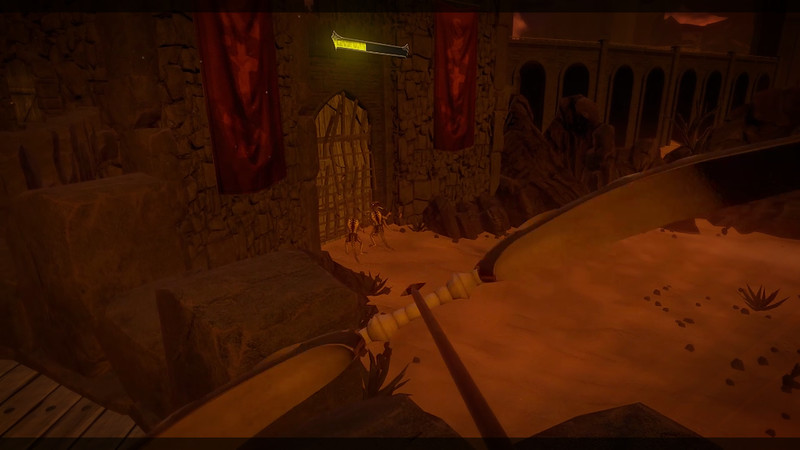 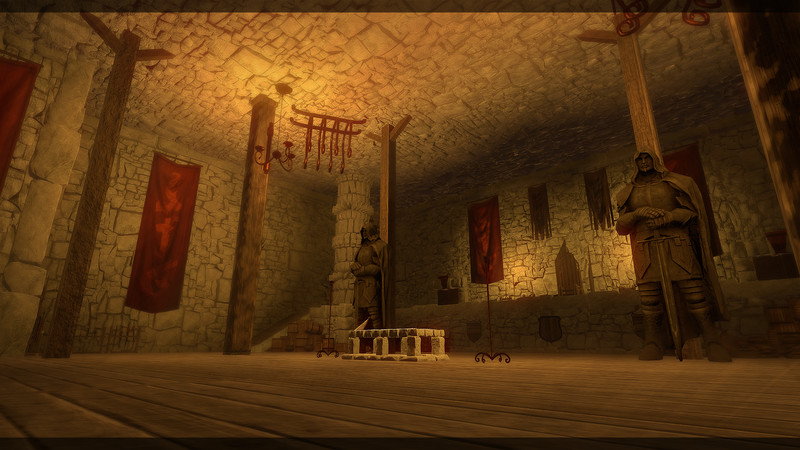 
I believe this archery defense game has the most content in the genre currently, , with recruitable troops, a few arrow types and a decent amount of enemies. The enemies are a little farther away then most the other ones, so it takes some getting use to. Overall it's a pretty solid game atm.. If you enjoy wave based shooting gallery bow and arrow vr games, this is one of many to choose from. After about 6 hours I'm just now on the 5th stage of the first of two Queendoms populated with only slim, light-skinned women. It may take you more or less time to get where I am depending on your ability to aim well, prioritize targets, dodge or repel incoming enemy missile attacks, and make good hiring and purchase decisions between onslaught waves,

Each Queendom has 5 stages, and each stage has a minimum of four waves to complete. Scoring headshots regularly, and having high accuracy, will increase the amount of gold you earn each wave. There are a plethora of enemy models with unique attack types, movement, and special effects.

I definitely recommend this game in its current state if you're looking for a bow and arrow shooting gallery vr game with a variety of enemy models and attacks, the use of roomscale for dodging or hiding behind walls to defend from incoming attacks, a campaign with additionial stages that unlock as you complete them, and a minigame which allows you to defend your castle with hirelings.. 7\/10
Fun and challenging game to a point. The difficulty level is impossibly hard in the later levels, which spoils things somewhat. Imagine being expected to shoot small moving man sized things at 1km distance, achieve 50% accuracy and shoot about 1 arrow a second. The balancing doesn't really seem to have been thought through. Purchased units (towers) should have regenerated at the start of each wave.
I do recommend this though.. This game has been an absolute blast! I see moba style games coming in the near future thanks to ideas that this game has implemented to semi-similar games of the overall same genre. Wave based, tower defense, upgradable weaponry, decent teleport system, and downright pretty.
Oh yeah, did I mention it's hard?
(She told me so, but I had already been aware)

I've been enjoying trying to figure out the best way to spend my loot in order to die in the most lengthy possible way. I've gotten to the centaur-type boss on level 6 once.

I hope very much that this game gets a multiplayer mode with co-op and head to head, I want the bowstring to be closer to my body... maybe further away from the bow-hand controller is a better way to put it. I feel like I'm constantly trying to destroy endless waves of demons and constantly being trolled by an invisible, and slightly imaginary, bowstring. That bowstring is rude.
There is a bit of blur at a distance but for the most part I get it. I really think that this is due to our machines not setup correctly within control panel and the likes. I've fiddled with more settings and steamvr resets than I'd like to remember. I am confused why fps can say it's hanging out at a balmy 60ish on ultra settings yet it doesn't appear to be the case. Maybe, this is merely it's interpretation of repro+fps or something else above my head (I'd put money down on the latter).

TLDR; thanks guys! It's been super fun so far and I cant wait to see where this takes you guys. Fellow Vive owners, buy this game, give valuable info about said game so we can further these sorts of projects, get ready to grab life by your ankles because this is a very fun but challenging game that will not hold your hand or call you back.. Very impressed so far!! Definitely my favourite vr archery game keep it up guys :). Room for improvement but overall it's a solid title, and currently on sale!

It would be cool if we could keep some of our gold from previous stages in the campaign, so we can make purchases early on.

You earn gold after a stage is complete, but other than going towards a leaderboard, I'm not sure what the use for it is currently since Wave 1 of the next stage starts you out with 0 gold again.

Really dig the hit detection so you know exactly where you hit the enemy, soundtrack is good, graphics are pretty solid.

Queendoom is a \u201cwave shooter\u201d but, not really. You actually are set on top of a castle rampart with a bow firing at enemies as they approach from afar. Unlike a gun, your arrow flies based upon how you angle your bow and how far back you pull the string \u2013 in essence, a skill or practice which could be more akin to being good at Guitar Hero than a reflex gun shooter. Even after playing for a bit, if I take a break \u2013 I need to \u201cwarm up\u201d to make those shots \u2013 that is how I define a skill based game. If you can\u2019t make the shots, you lose \u2013 its just that simple and the game has no mercy about that.

The good is \u2013 the game is fair from what I have seen. You can handle situations if you remain calm and utilize the locomotion options to move away from projectiles while firing down hell upon your enemies. The variety of monsters you see are very impressive \u2013 things from wolves to huge octopus type creatures and what I would assume are trolls. In Queendoom, if that isn\u2019t even enough \u2013 you can summon allies to help you. They actually run around and fight with convincing AI as the enemies try to kite your warriors \u2013 this is far beyond what I expected. To reward your progress, you also unlock more parts of the shop which you can access in between waves on the level. At the end of the 2nd battle \u2013 I have some new items and allies that I did not have before. There is a lot of strategy involved with playing Queendoom. You are rewarded for accuracy as it makes sense \u2013 arrows \u201ctake resources\u201d theoretically so firing them away like a blind bat won\u2019t give any rewards. If you manage to have a decent accuracy(rewards begin at 50%) or can score headshots, you\u2019ll be rewarded bonus gold at the end of a round.

Moving around the castle rampart is very fun. In my time, I move slowly right to left as the enemies get closer to the door. There is a fairly close spot to the door that you can usually shoot the closest enemies but will allow enemies to approach from afar while you must be accurate. It can get a little hectic as enemies begin firing at you, firing at the wall, firing at your allies \u2013 there is truly a lot going on. My only gripe I encountered is the store menu is really strange. I had to hover my hand ABOVE the \u201cbuy\u201d button to make a purchase despite it being lit up while hovering lower. This is something to be aware of and hopefully be patched out.

Queendoom is $9.99 currently as this review is written on Steam. It is probably my favorite wave shooter(I\u2019m not as big of a fun of the sci\/fi ones that are popular) and the allies system sold that for me. It is so cool to watch your warriors fight below as you fire arrows to support them \u2013 it is truly interesting and immersive. For the price, I can say its one of the best games <$10 if not the best when it comes to action. If you can get used to the bow (it IS tricky and even frustrating), you'll be rewarded for your efforts in both in-game progress and real life satisfaction.