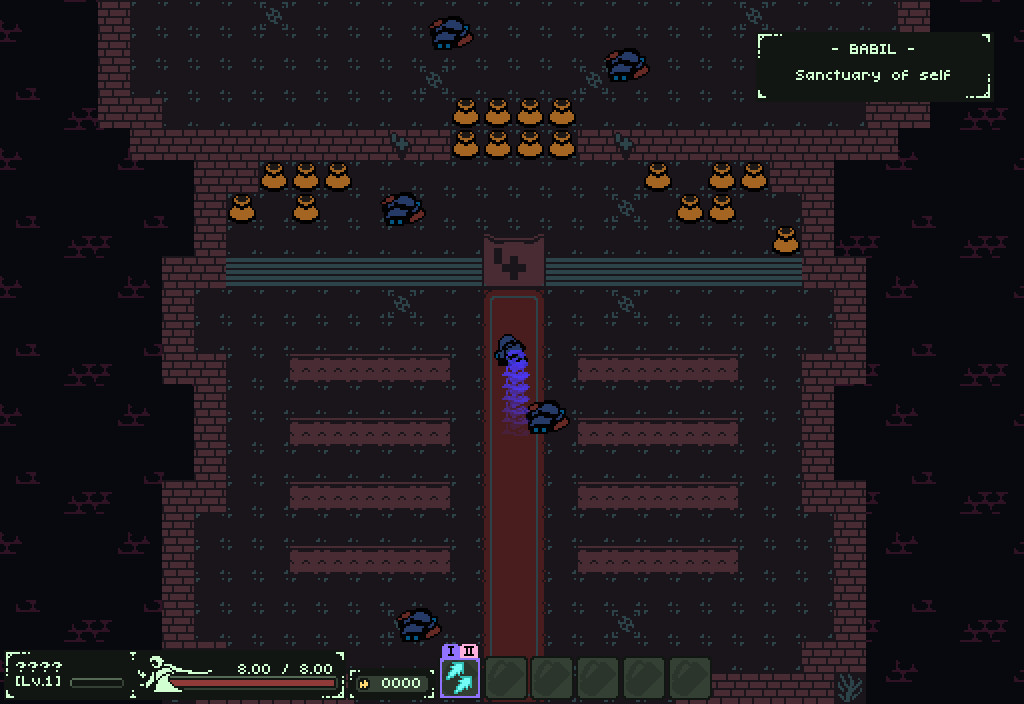 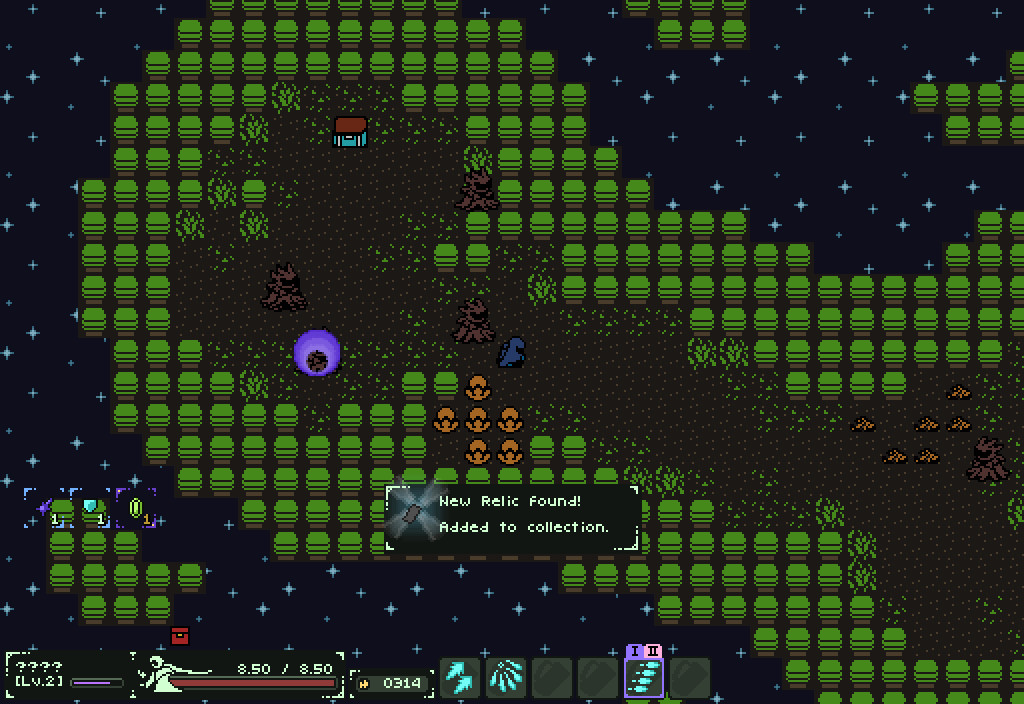 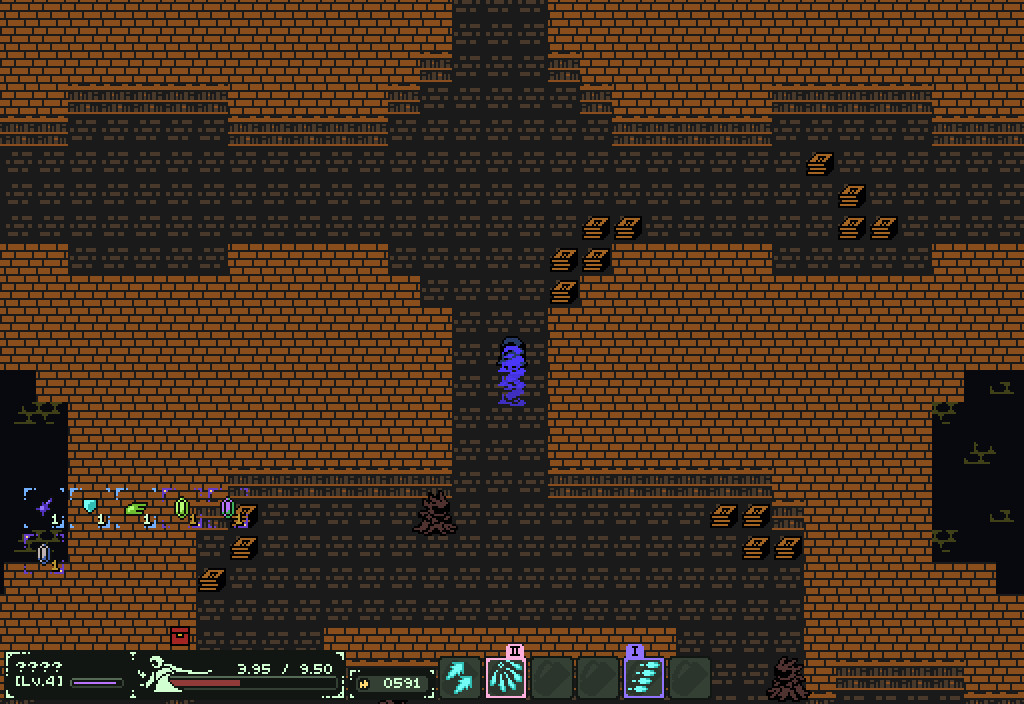 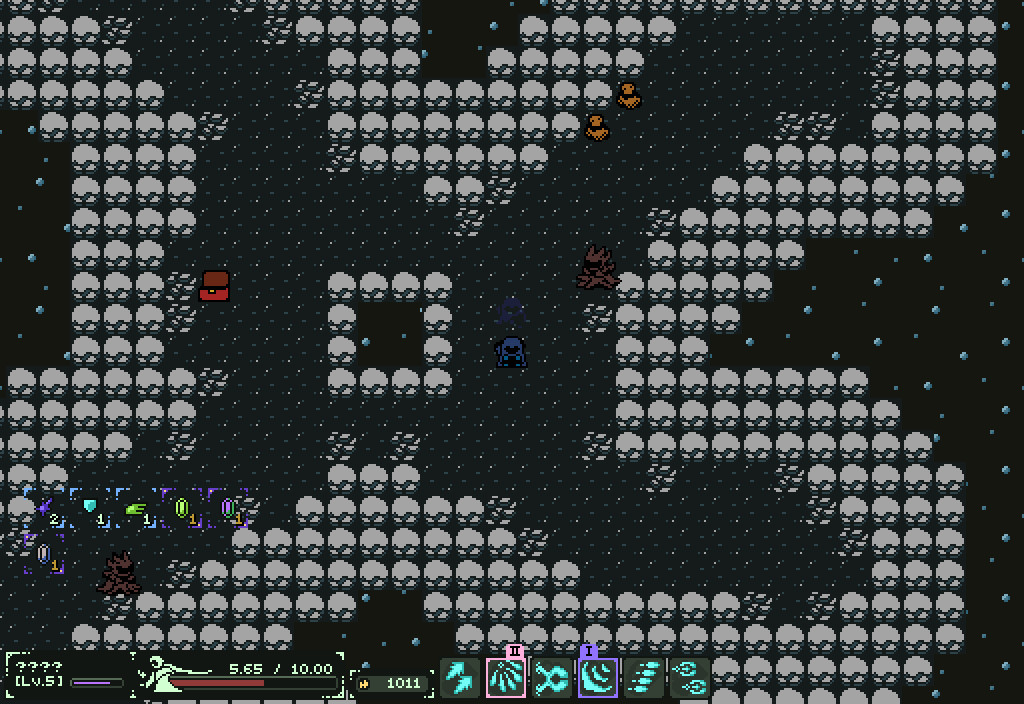 (Henez this last part is especially for you)
All that said, it isn't perfect. I am mostly a fan of the graphics and sprite design here, but there are some issues. The levels and bullets and player sprites are good, but the rest is inconsistent. Now I understand that the focus here is the gameplay and not visual design. I understand that isn't the dev's profession or strong point. Still, some of the enemies are really lazily designed. Like downright ugly. Like you just drew a random shape and added the color scheme of the other enemies. It's especially noticable because some of the enemies look so polished and then you will just get this blob with a fang and no shading and it looks really out of place.
My only MAJOR complaint is again on the visual side - its about your character. The player sprite is just too hard to see. Even with the flashing backgrounds in battle the player is way too low contrast. In harder stages I am forced to totally focus on the player to dodge bullets, meaning I can't look at where I am aiming. I have to stare right at the character as I try to aim these often spraying weapons, which causes me to lose track of my cursor, and makes it impossible to aim.
This would be fixed by two things, firstly make the player sprite higher contrast against the background or otherwise easier to see, especially without focusing on it. Second, give us a custom cursor. Something like the old ROTMG cursor. You know what I mean.. I like it. My only complaint so far is that the enemies can still sho