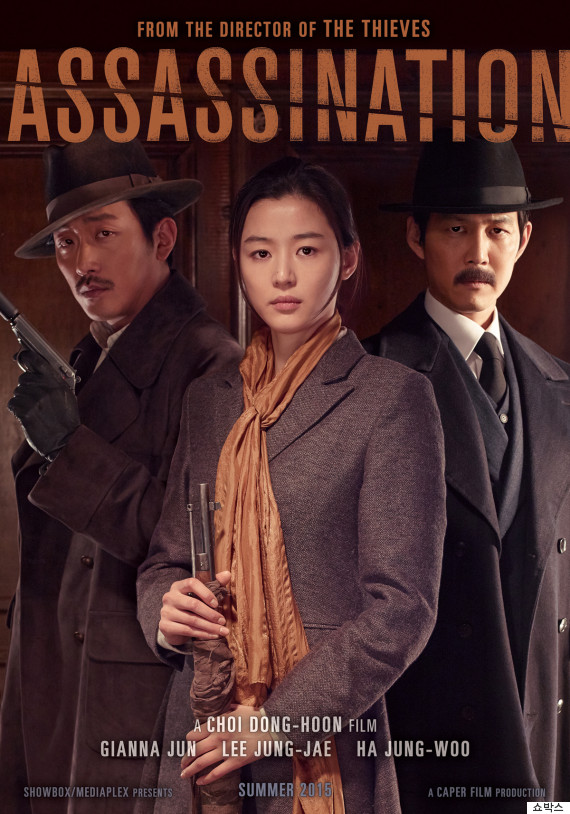 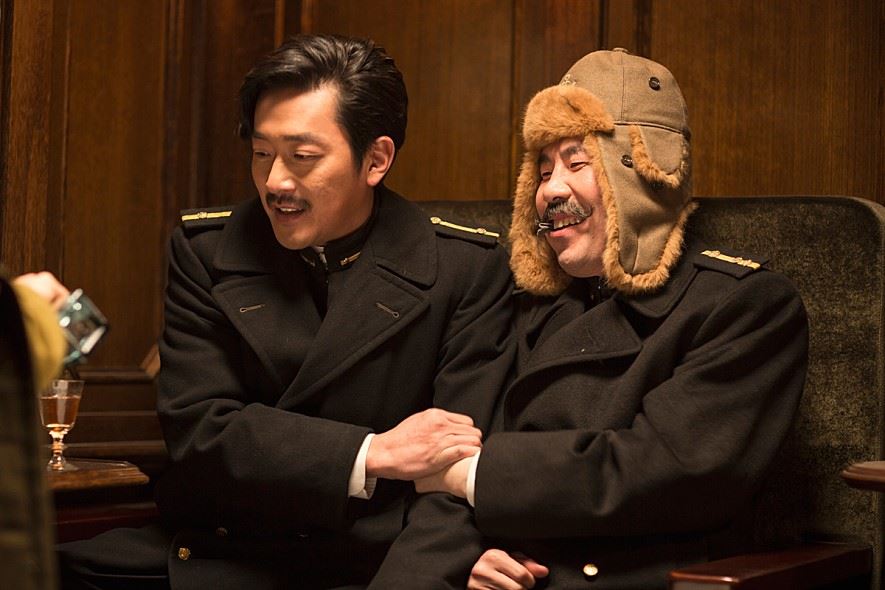 Korea in the year 1933, the country is occupied by the Japanese army. Many warriors of the resistance where forced into the exile in China. Now they are trying to organize the fight from the distance. Now the resistance has learned that the highest commander of the Japanese army is going to visit Korea. They decide to take the chance and kill him by assassination. But the only sniper who is able to make that shot is Ahn Ok-yun, who is serving her time in the prison of Shanghai. The resistance agent Yem Sek-jin is set to get her and her comrades out, but his plan is offered to the Japanese by a traitor. Now, Ok-yun and her warriors not just have to flee from the Chinese prison, she also must face the Japanese army and a very special hit-man, assigned to take her down.
While Korea is occupied by the Japanese Army in 1933, the resistance plans to kill the Japanese Commander. But their plan is threatened by a traitor within their group and also the enemies' forces are hunting them down.
Although the first half was some slow paced, the second half of the movie got motion & was overall capturing . Ahn-OK-yun (Jun Ji-Hyun), her small team for assassination mission & Captain Yem (Lee Jung Jae) seemed to be main characters of the plot line in the first place.But then, gradually Hawaii Pistol (Ha Jung-woo) & his sidekick Old Man (Oh Dal-su) got involved , geared up an entertainment show . By the mean time, the plot also developed some momentum to be intrigued. CGI effect,action scenes & the ancient background was so believable & realistic for this movie- so was the acting.By the ending, the movie got some symbolic meaning too.Although it could be a little more jam-packed, more artistic till the last to be memorable & greatly appreciated , Kudos to the director Choi-dong hoon - for accomplishing much improvement from his previous hit- heist movie "The Thieves" (particularly in emotion rendering section).

So if you wanna check the outcome of some tremendous efforts from director & actors to set up an epic, historical drama film based on true event - independence of Korea, it will be worth watching obviously.

P.S: By watching this movie,completed checking all IMDb enlisted drama-movies of "Sassy girl" Jun Ji-Hyun so far. From TV drama "Happy Together (1999)" to "Assassination (2015)" - there's a daring & frequent transformation from innocent/romantic heroine to hardcore action lady.She's lucky enough so far to receive such co-operative support from directors & co-actors + appraisal from audience along with her ambitious consistency! I thought Assassination was really good, and it was an enjoyable and worthwhile watch at 2 hours, not overstaying its welcome.

The acting was great all across the board. Jung-woo Ha and Dal-su Oh worked really well together on screen as the contract killer duo. Jung-jae Lee was also really great as the defector. Ji-hyun Jun and Jin-woong Jo were also good in their roles, and the supporting cast also did a fine job.

The cinematography and editing was really well done, giving us a lot of smooth shots which worked excellently during the action sequences, giving it a punchy, yet clean feel to it. It was gorgeous to look at and wasn't hard to follow at all.

The story was really good, providing plenty of twists and turns and backstabbing delight, throwing the characters into more and more trouble. It portrayed a harsh world to live in and the Japanese were not portrayed favourably at all in this film. They were essentially asian Nazis, evil bad guys, cannon-fodder. The most interesting antagonists were the Koreans who had aligned themselves with Japan.

There are a few moments where you might ask yourself why certain things were allowed to happen throughout, such as letting a suspect walk away into a room on their own when they're in the middle of being arrested. But nothing major enough I feel to take away from the film overall. Sometimes the story may seem a little clustered and muddled, but it doesn't insult your intelligence and everything falls in place as it goes along and becomes fully cohesive by the time the credits rolling, creating a satisfying spy film.

My only gripe with this film that I don't see any of the other reviewers has a problem with, was the films soundtrack. I didn't like it at all. It seemed like royalty free music and really brought the movie down at points which was disappointing. Over-dramatic and cheesy at points, unfulfilling and un-epic when it needed to be at others. The sound design is well done though and the action scenes sound great.

The set design, costumes, lighting, atmosphere of the film looks stunning, genuinely taking you back to the 1930s. It's a feast for the eyes and is awesome to look at. It was humorous, however, with the vehicles as they didn't move fast at all most of the time, moving at a running pace, but thankfully the gun-play amped up the tension and excitement.

This movie has its problems but I still recommend it, as it is engaging, fun and thrilling. It's not the best Korean movie by any means and it's far from the worst. Dong-hoon Choi has done a really good job here, but not as good as his 2012 film, The Thieves. So overall, I recommend watching this movie as it was a satisfying 2 hours for me, with a good story and cool characters that you care about, with a satisfying pay-off. 7.5/10 really good Korean film. With so much focus on spectacle, the film fails to explore this part of Korean history in any meaningful way. Assassination plays more to Choi’s strengths - witty dialogue and entertaining storytelling accompanied by strong visuals and cast.