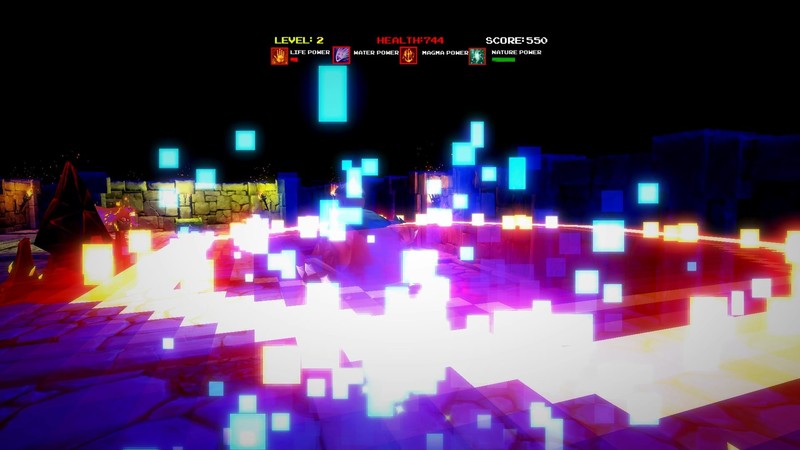 Kulzas Tomb sinks the player into a first person dungeon crawling action game. Strap on your wizards hat and plunge into the depths of Kulzas Tomb. Don't dally around your life force runs out over time so you will have to collect food and treasures to stay alive. Collect elemental essences that are scattered throughout the dungeon to activate special abilities. Using nature, life, water, and magma magic you can create a variety of different strategies to slay large groups of enemies and save your precious life force. Accept the challenge today apprentice! Journey into Kulzas Tomb. 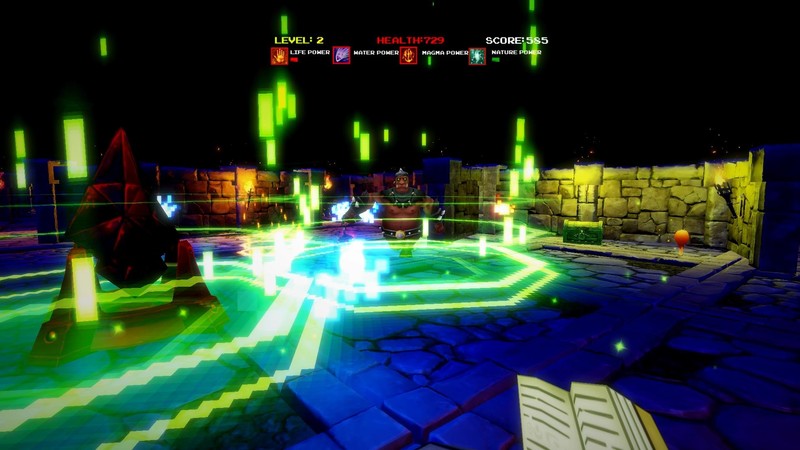 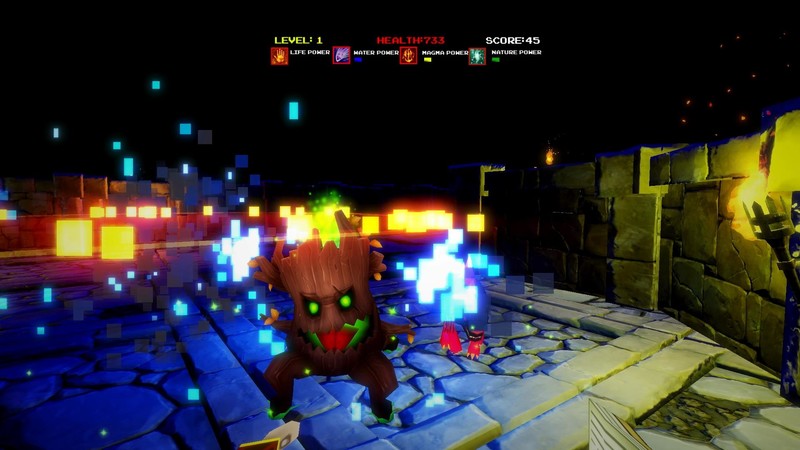 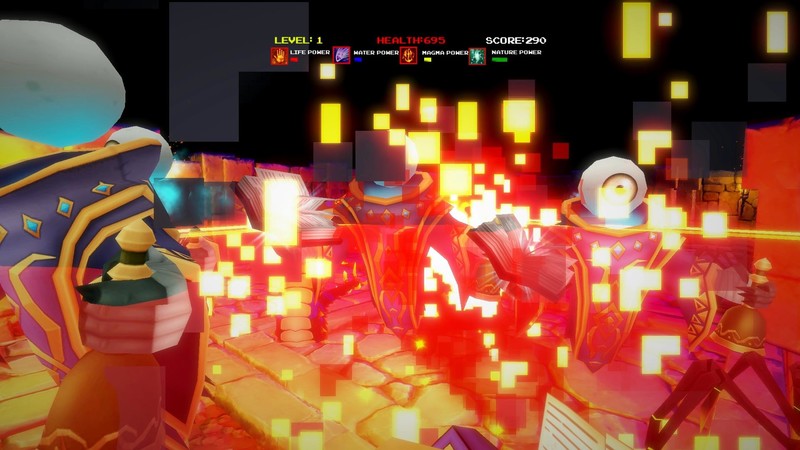 Despite being a dimestore Unity-based FPS, Kulzas Tomb<\/i> is at least somewhat entertaining in short sessions. The game drops you into a procedurally generated dungeon-like space and tasks you with using elemental magic to defeating endless hordes of random, often unrelated enemy types no doubt purchased from a Unity asset store. The enemies each have randomly placed spawn points which can be destroyed (think Atari's Gauntlet<\/i>); however there are some enemies who spawn from invisible, undestroyable spawn points. It isn't clear if this is intentional, or if the game is glitching and not generating the spawn points properly.

Which leads me to my next point: the glitches. I could actually recommend this game as an occasional diversion if it wasn't for the glitches and buggy gameplay. When the game randomly generates its new levels, it unintentionally makes some of the outer walls clippable, so you can inadvertantly walk through them with ease, causing you to plummet into that unmistakable endless void of unprogrammed space that is so omnipresent in these dinky little games (and in AAA titles from Bethesda for that matter). I fell outside of the map about a dozen times without even trying, causing me to have to reset the game. It's the game's biggest flaw, which is a shame because if it wasn't for this grave oversight the game would be very playable.

My other point of contention is the difficulty level. This game is SO. EASY. It does get more difficult with each level, but the difficulty only increments by the tiniest of amounts, forcing to spend a few extra minutes trudging through the first boring part of the game.

As it stands, I cannot recommend this game unless the developers fix it. If that happens, it's really not a bad little game, and is worth a glance.