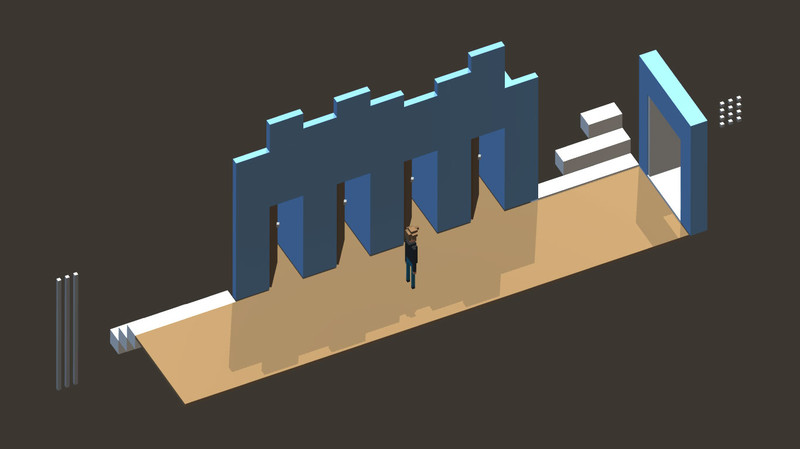 Hiding Spot is difficult puzzle game about isolating yourself by Corey Martin, designer of Pipe Push Paradise. It's a 3D grid-based game with a simple goal - build a safe place, huddle up and get cozy.

Things you can do in Hiding Spot: 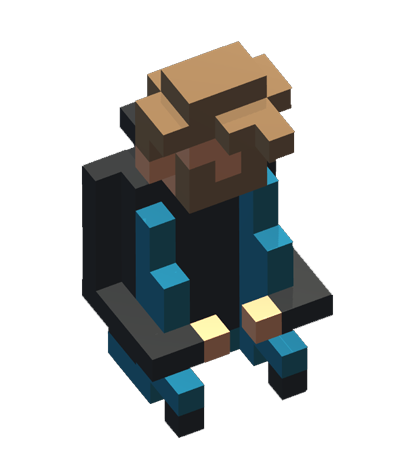 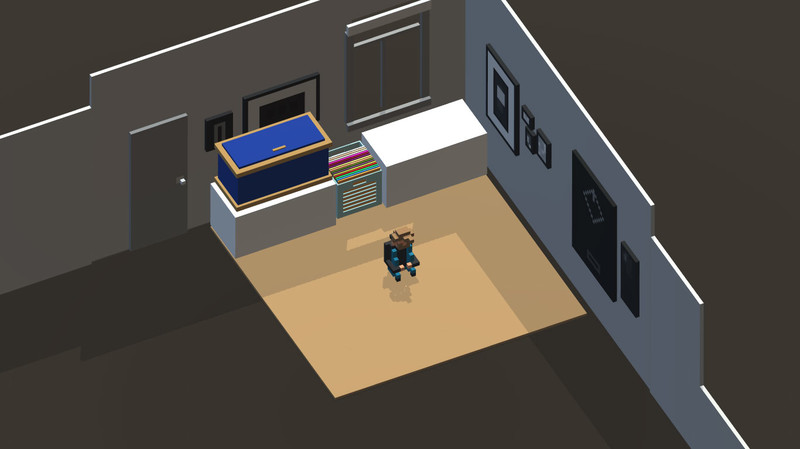 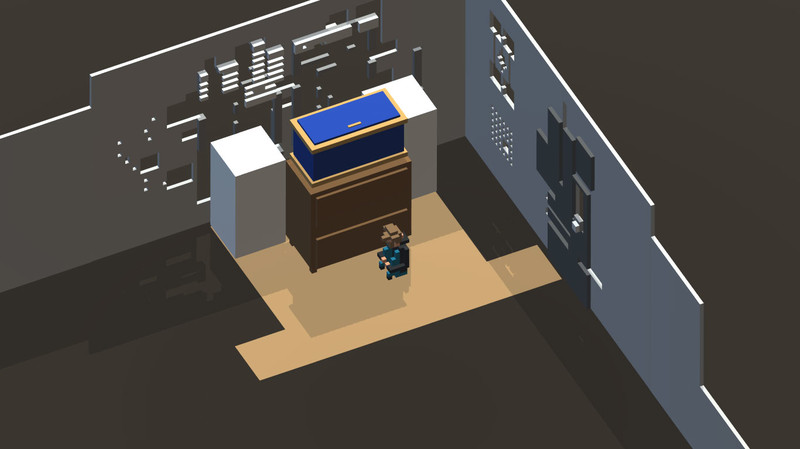 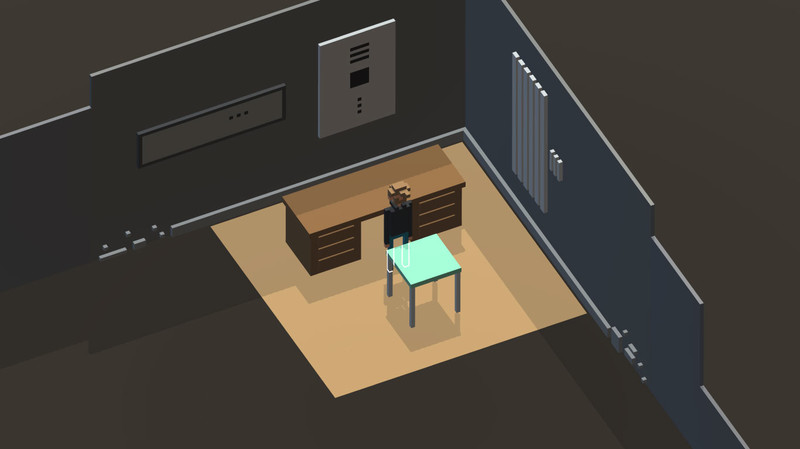 You should try this game if you are a puzzle game fan. Has excellent machanic. But this game is not for everyone.. So, I realise that I might be a dissenting voice when talking about this game. As a puzzle game, I will acknowledge that this game is good. It has some interesting mechanics, the puzzles are often very clever and the game has a theme that you don't really see anywhere else. There is much to like about this game, which is what makes me torn, because I ended up not liking this game much. Maybe I had too high expectations, but Hiding Spot in many ways represents missed potential for me. It's a rough stone where I expected to get a polished diamond and it's bloody frustrating.

But, let's go to specifics. First of all, I want to touch upon the lack of story. In most games, this might not be too much of a deal; especially puzzle games seems to cast that aspect of the medium away quite often. However, the theme that is chosen here makes Hiding Spot different. Having gameplay centered around a person who builds their own little fortress to get away from the world is intriguing and it will be what draws a lot of people to the game. It was the reason why I was so excited to play. To then do nothing with it, to only fill a number of floors with nameless levels that don't really mean anything? It makes the game feel empty. It makes the theme seem like a gimmick. It wouldn't have taken much to live up to the potential either, since the pieces are already there and could've been formed in a way that implied narrative. Instead, I have to conclude that it was an aspect ignored by the developer in this case, and it's a shame.

As for the gameplay, there are a few problems. Firstly, the game doesn't really make an effort to teach you anything. Now, I don't expect handholding, but there is a difference between that and having nothing at all. In many of the levels I got stuck on, it was simply a matter of me not knowing that X could do Y. This could be due to stupidity on my part, but there are also several things that you could do in reality that you can't do here - like lifting things, or moving tables when they're upside down. The game has its own logic, and not giving any information to the player regarding what that internal logic encompasses is simply padding, in my opinion. Much like with the moon logic of old adventure games, it's expected that you simply try some things and see if they stick, which is not exactly riviting gameplay for me.

To expand on this, the game simply isn't structured in a way that makes learning intuitive. There is no straight progression where you go from puzzle to puzzle, learning new mechanics, reinforcing them through expanded use and then exploring a new aspect of the mechanics you've learned. Instead, the game throws scenarios at you seemingly at random. As an example, you can solve one room by stacking chairs in a specific way. You go to the next room where there is a similar scenario, but instead of using what you've just learned, you're supposed to remember something you did six rooms ago and use that<\/i> knowledge instead. What this leads to in practice is you trying to do something that is doomed to fail because you're using the wrong perspective to solve the puzzle. It's annoying and in the end, it doesn't serve to make the player feel smart when they solve the puzzle - it makes them feel stupid for wasting time doing the wrong thing.

Another aspect of the mechanics that I very much disliked is the movement system. This is more subjective, however: moving from square to square is not unusual for these kinds of games. However, I found it extremely frustrating because the direction you're facing is so important in this game and you can't simply turn. This means, again, wasted time as you make mistakes based on the fact that you wanted to turn around but instead end up moving something completely. Entire puzzles are counting on this being a problem, which is frustrating since you might see what you need to do, but you have to wrestle the game's movement mechanics in order to do it. The "Undo button" thankfully makes this way less egregious, but my dislike of the system remained throughout the whole game.

In the end, I don't think that Hiding Spot is a bad game. However, I have way too many problems with this game to just let it rest. The fact is, this game could have been so much better<\/b> than this, and it's not even because of a lack of polish, like in many other games. It's simply because of neglect. And I have to say, in a market where more and more indie games are becoming better and better, I don't know if this is worth playing - over other games, that is. In of itself it's fine, but the tragedy is that I really thought that it would be great.

This is probably going to be unpopular, if it's noticed at all, but I don't think I would recommend this game. There are too many better games out there. But it's not a bad time, I enjoyed a lot of it and I don't regret playing it. Therefore, it's simply up to you to make the ultimate judgement call in this case.