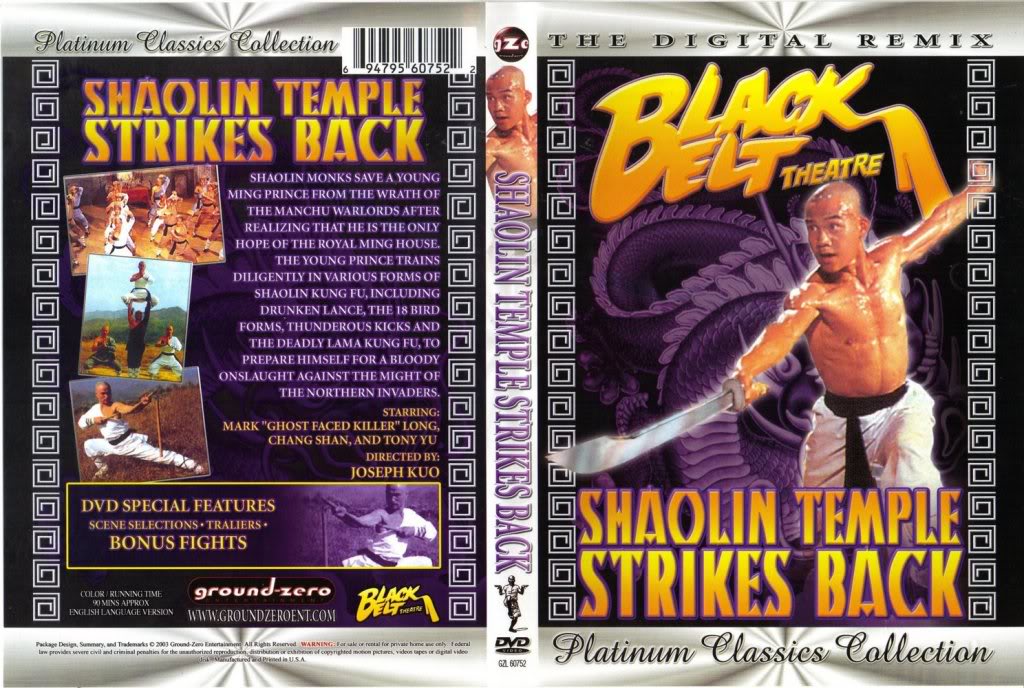 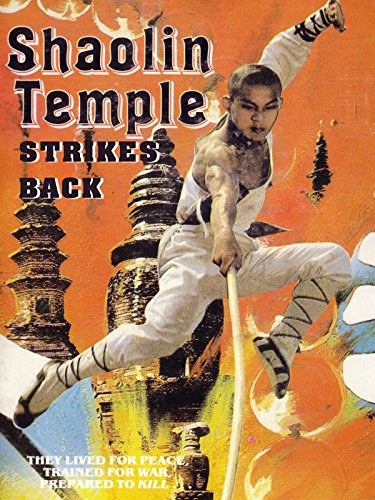 A Ming princess and her faithful bodyguard are chased to Shaolin Temple by the Ching army.
At the rise of the Ching Dynasty, a Ming Princess is saved from capture by a loyal officer, Si Lin, who takes her to Shaolin Temple for protection. But the Ching General, Wong, pursues them there. Wong is a master of drunken boxing, and to confront him Si Lin must learn the style from a Shaolin monk who once befriended Wong. Finally, Wong, tired of playing cat-and-mouse with the monks, assaults the Temple with his army in a pitched battle....
Another Ching-vs-Shaolin conflict film, this one has a young princess sheltered at the temple with a dedicated soldier to protect her, and a slew of earnest monks to teach him their special kung-fu styles.

One of the most out-right fun martial arts pics of its era. The heroes are all bold determination and wide-eyed wonder, the monks perform with wit and energy - even the villainous general has an attractive side to him, an undeniable charm. The pace is furious and the martial arts action never lets up - it's by Joseph Kuo, one of the legendary non-Shaw directors of the 'chop-socky' era, who really knew how to work Buddhist themes into his films.

Particularly love the interpretation of drunken boxing in this film. Highly recommended. SHAOLIN TEMPLE STRIKES BACK is a yet another Shaolin-themed movie and one directed by the hard-working Joseph Kuo, a man who seemed to be preoccupied with Buddhist themes and monk characters. However, there are no trap-filled temples in this one, no bronze or wooden men, just a straightforward adventure storyline about ruthless Ching invaders, Ming rebels, and a Ming princess who seeks refuge in the Shaolin temple.

The plot is quite simplistic and almost writes itself at times. Despite the deadly seriousness of the set up, there's time for hijinks and low brow humour, although none of the characters are particularly likable or interesting. The mega villain in his outlandish 'warlord' garb is more fun. The film suffers from the usual awful dubbing, particularly for the princess character, although there's a ton of action to keep you watching. Most of it is quite routine but certainly watchable.

Where SHAOLIN TEMPLE STRIKES BACK excels is in the massive, fight-filled climax which takes place in the Shaolin courtyard. This is a sprawling and gory battle which includes such bizarre elements as an iron-skinned giant who is impervious to sword strikes and our monk hero incorporating drunken boxing style to battle his opponent. Blood and limbs fly freely into the air and there's a ton of kicking, beating, and breaking. The final one on one is crazy as neither side will give in and the opponents just go on and on with beating each other into submission.