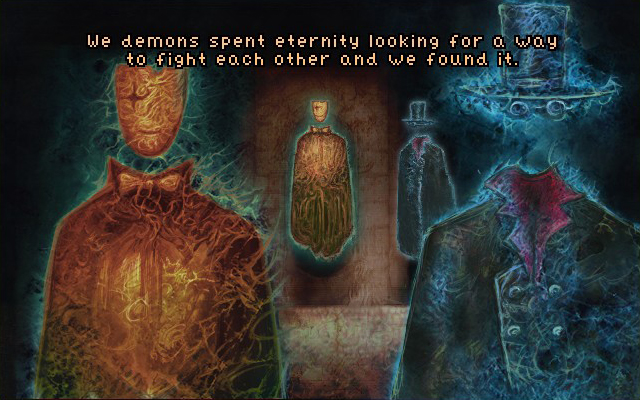 "When you die, you normally have only one simple wish - to return and tell them - "Hey, guys - it's OK! No need to feel sad! Cause you know what? It's actually OK on both sides, really." But returning is not easy - the only way would be dreams - "half-dreams" - "ghost-dreams". The problematic part is if you get stuck - you turn into a demon. Hard to say what exactly it is, but we presume it's a painful and useless existence. Better to avoid doing this, really.
My personal "problematic part" is that I am already stuck here. No idea how I'll get out this time..."

On his journey to the "Other Side" Reader (and his "natural companion" Writer) meets various Ghosts and Demons, Holy Spirits and Gods. He also meets Singer, who is neither Ghost, nor Demon. At some point she becomes important to Reader. Realizing this won't stop him though.

The world of Ghostdream should be scary, but it is not - it is just dark. The story should be sad since all the characters are more or less dead, but it is not, because they normally remember nothing, except some minor detail or two (for example the protagonist remembers himself reading a book - this is why they call him Reader. It is his only memory after all).

Ghostdream is a retro-style Point and Click Adventure game with puzzles, exploration and story. 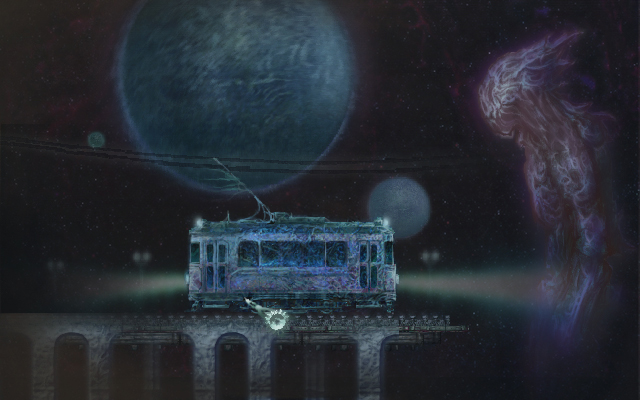 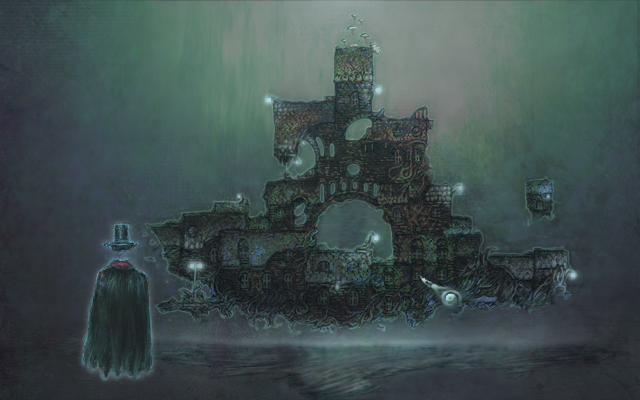 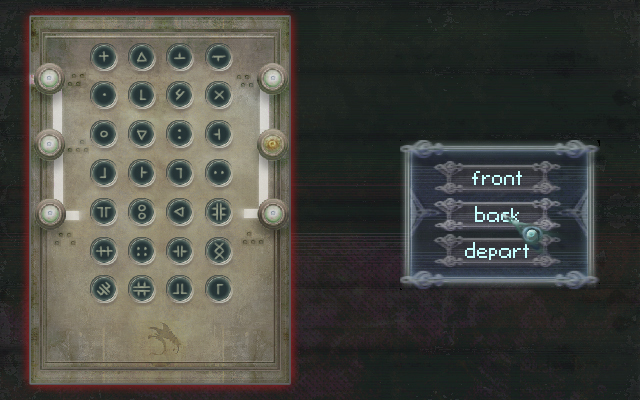 
Patch: Bugfixes May 19:
I just updated the game with a couple of bugfixes!

The following has been fixed:


If the update isn't automatically downloaded, you can restart steam to force download the update. Let me know if there are any other issues you're running into!. Ravenfield - Now Deader than Ever!:
While Halloween may have already passed, there's still some time to be spooky!
http://www.youtube.com/watch?v=FFSLFD3Y0mA

You can now challenge your survival skills with the new Haunted game mode!

Right now, there's a known bug that sometimes will cause enemy waves not to spawn in Haunted. This will be fixed as soon as possible, thank you for your patience.

- Possible fix for the wave spawning bug.
- Added script logging to help track down the issue if it isn't fixed. 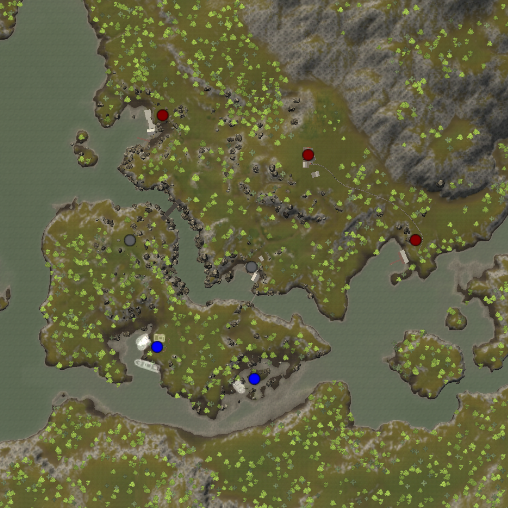 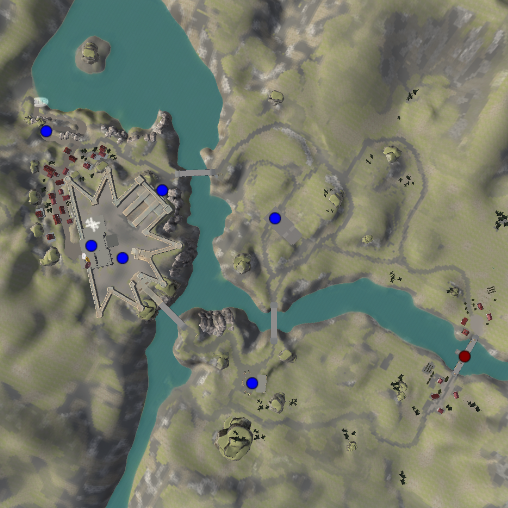 This update introduces new maps to Ravenfield: River Delta and Citadel. This brings the total number of maps up to 9! Included in the update are numerous tweaks to the AI. Bots will now use entirely new paths to attack flags, so expect battles to be more dynamic than ever! 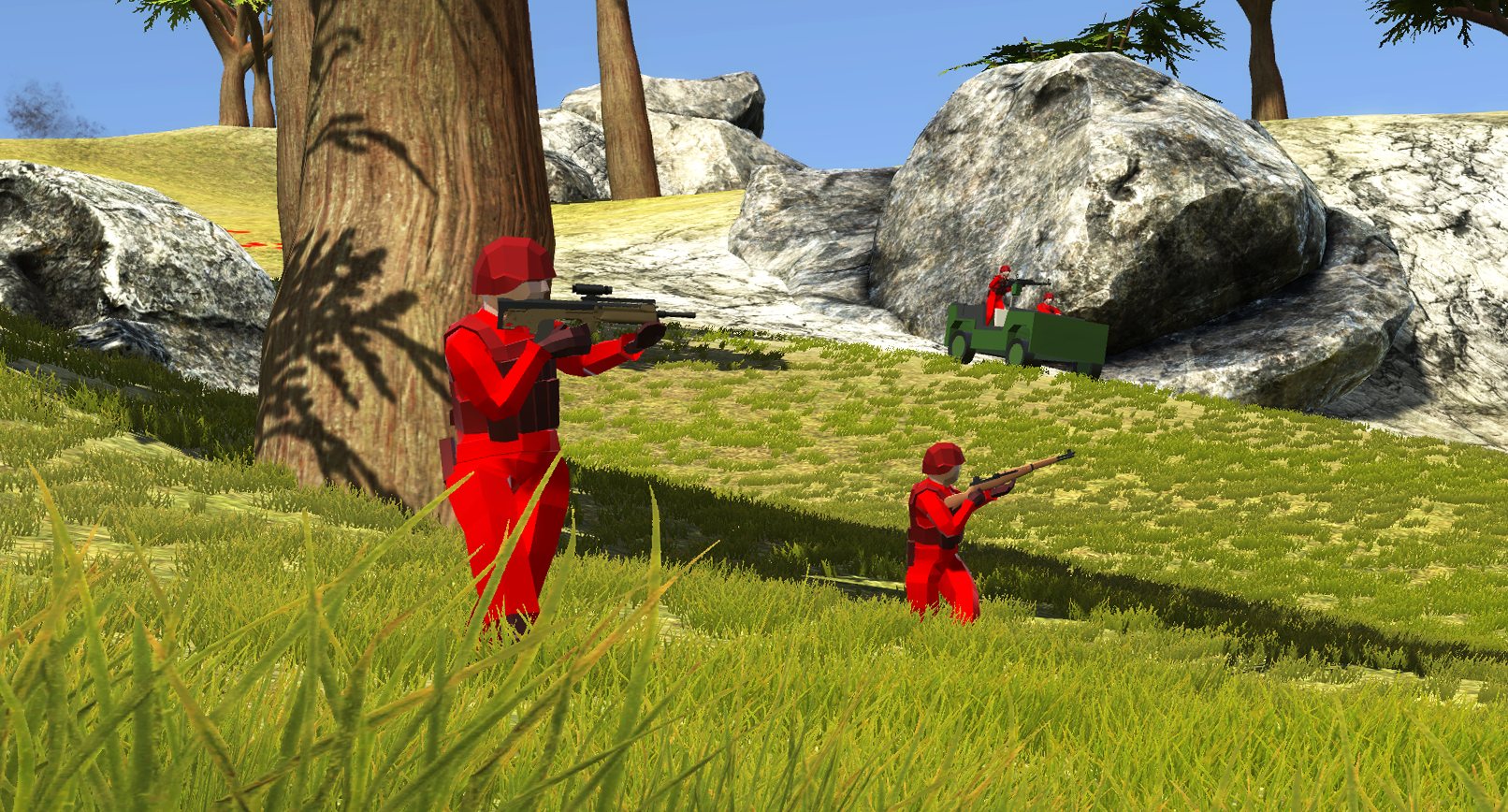 The official Ravenfield armory has also received some new weapons such as a smoke grenade and entirely new grenade launchers! You can try out the new sight zeroing feature on the grenade launchers, especially useful for hitting long range shots (Hold T and scroll up/down to zero the sights). You can see what sight option you're using next to the ammo counter in the bottom left corner: 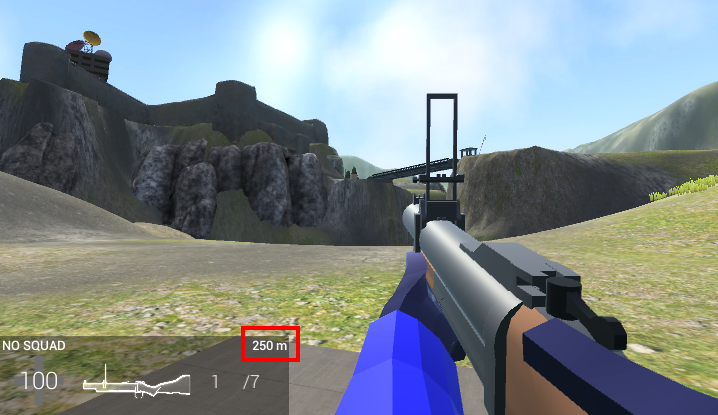 Main features:
- Added River Delta map
- Added Citadel map (it's still in early development, expect bugs!)
- Added Smoke grenades to block sight
- AI will use smoke grenades to cover their attacks.
- Added support for alternate weapon fire, switch with X. (available on the Patriot GL)
- Added support for alternate sights, switch by holding T and scrolling up/down (available on Patriot GL and Thumper)
- Added Patriot GL, which is a Patriot with an underslung grenade launcher.
- Added Thumper grenade launcher.
- Improved how AI navigates the map, they will now spread out and use new paths when attacking.
- Added support for objects blocking the AI's vision. This is used in smoke grenades and some trees to block their vision.
- Added loading screen when starting a map. It's work in progress and silly, I think you'll like it!

Other fixes:
- Buffed Patriot by increasing its projectile speed and reducing the spread slightly.
- Scalpel has been reworked, it now deals significantly less damage but can be resupplied and comes with spare missiles. Makes it a viable but slow anti-armor weapon at long ranges.
- Reduced bounce on grenades to make it easier to land them just where you want them.
- Some tweaks to audio mixing.
- Added a slight speed boost to infantry if they haven't been in combat recently. This makes it a little quicker to reach the front lines on foot.
- Updated weapon reflection sounds to include a firing sound.
- Fixed AI not driving animation driven vehicles (such as walkers) properly.
- Removed AI running away from incoming vehicles (It's much more fun to just run over them instead)
- AI now runs away from grenades only if they can see them.
- AI now distinguishes between different target types when looking for targets. Infantry can be spotted up to 1 km away. Vehicles up to 3 km and really large vehicles up to 10 km. These are only the theoretical maximum values, in reality AI's vision range greatly depends on the map's fog setting.
- Fixed a bug where AI would not fire in vehicles.
- Fixed a bug that would sometimes cause very long loading times for custom maps.
- Improved how AI drives vehicles. This especially affects boats and will make them less prone to crashing into scenery.
- Fixed some camera bugs with photo mode.
- Misc AI tweaks

- Added some missing colliders on houses in Citadel.

/SteelRaven7. Archipelago Progress and update plans:
Archipelago is shaping up nicely! If you haven't checked it out yet, you can try it on the beta branch (instructions here)! This is a brand new screenshot from today's beta branch update: 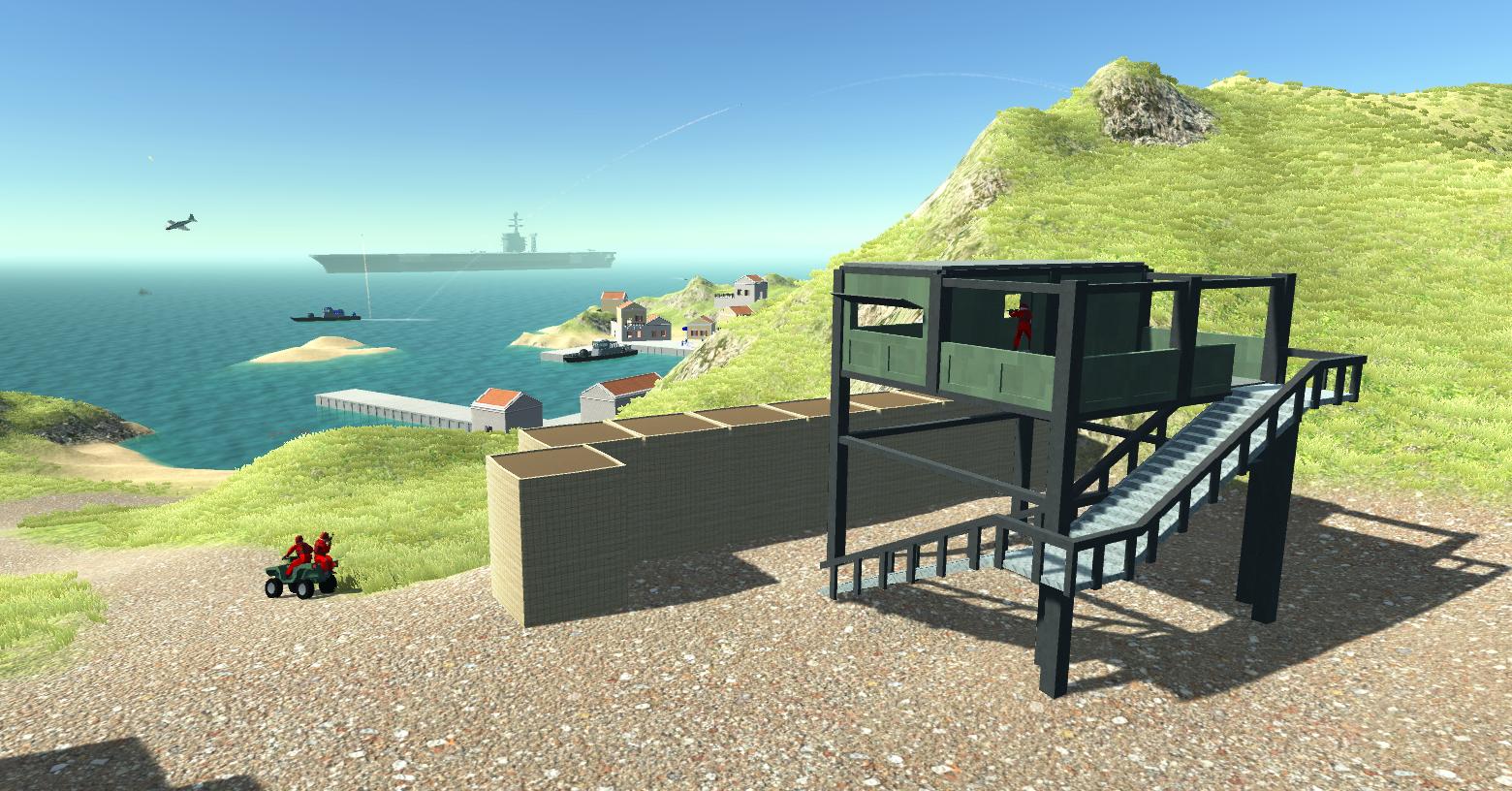 I'm happy with the layout of the new map, so my plan is to finish up the overall structure of Archipelago and release it on the main steam branch as Early Access Update 2 next week. Don't worry, I will continue improving the map at a later stage, but I think it's good enough for now!

This is what Archipelago looks like at the moment: 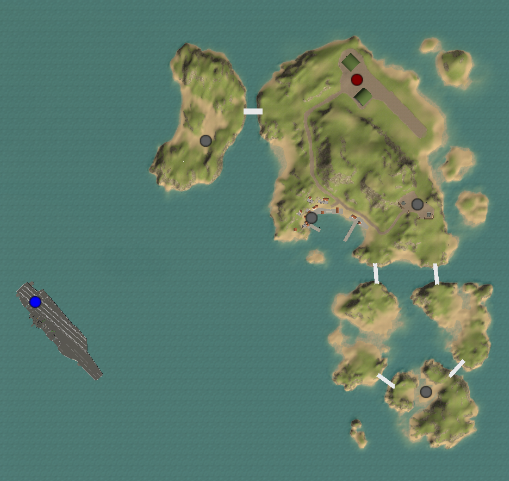 After releasing the Early Access Update 2, I will shift my focus to custom map support and workshop integration. This means that I will start rolling out the official modding tools which are used inside the Unity Editor. There are already some really cool map ideas drawn by community members, and some of you even started making levels inside the Unity Editor!

This is a custom map idea from community member McDenny's09: 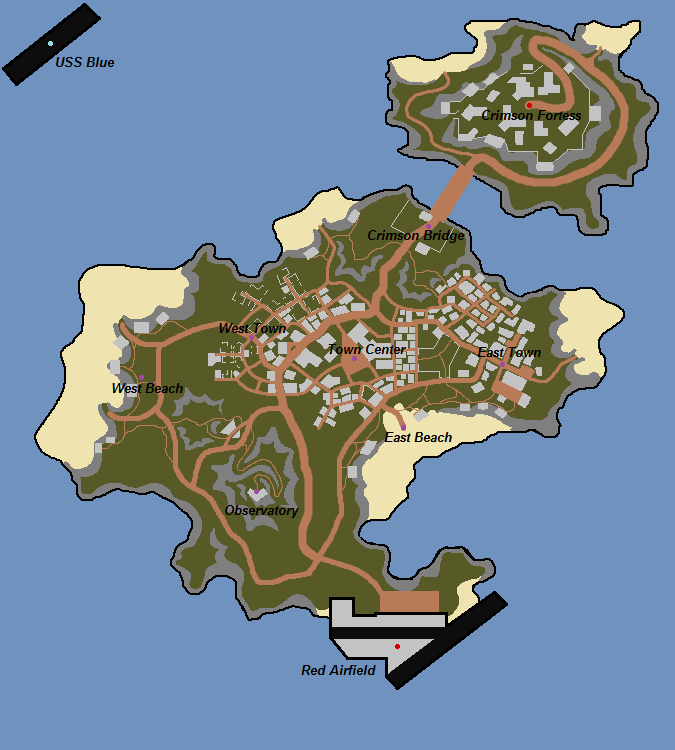 If you want to get access to the Map Making tools as soon as possible, make sure you join the discord chat server over on https://discord.gg/xavGMJa!

Thanks!. Custom maps & Workshop integration - Early Access build 3:
Hi, I hope everyone is having a good time in the summer heat!

Have you ever wanted to see what the Ravenfield community can do when they get access to Ravenfield's mapping tools? Then you're in luck! Check out the over 30(!) maps already available on Ravenfield's Workshop page: http://steamcommunity.com/app/636480/workshop/

Make sure you check out this map and all other cool stuff available on the workshop! If you want to make your own level, check out the Official Map Creation Guide! You can also reach other map makers on the Discord chat server at https://discord.gg/xavGMJa and talk to other map makers! 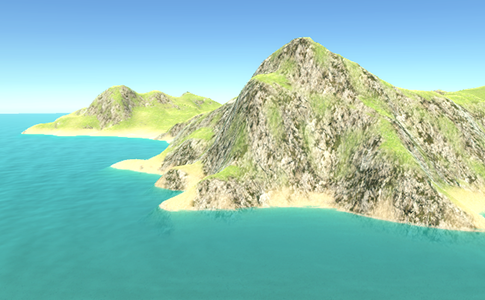 Currently, the Beta Branch update contains:
Keep in mind that the beta branch gets updated very regularly, so some features might be buggy or break entirely! Don't expect new updates to work flawlessly!

I will also be tweeting about the beta branch updates, so follow @SteelRaven7 to keep up with the latest news.. Dialog Testing - Early Access Build 9:
Hey everyone, and sorry about the radio silence lately!

I've been taking some time off development, but now I'm back with regular updates again!

This update adds a dialog system to the game. The dialogs will be mainly used in the conquest mode (which obviously isn't available yet), but I figured I should spend some time working on this feature and get your feedback on its first iteration. This means the gameplay changes in this update are very light, but you should look forward to some of the upcoming changes that are hinted at in this update ;)!

Right now there are two dialogs available in the game. The first one will automatically pop up, but the second is hidden in the game. Make sure you check out the new roadmap page for some hints to find it!


To anyone a bit sad that this update doesn't contain more gameplay updates - sorry about that! I'll make sure to update the beta branch with new gameplay elements as soon as possible, so be on the look out!!!

Finally, Ravenfield has now been on steam for exactly one year, and I'd like to thank everyone for the massive support for the game! Thanks to you, I can work full time on the game without any worries which is super exciting! Thank you!