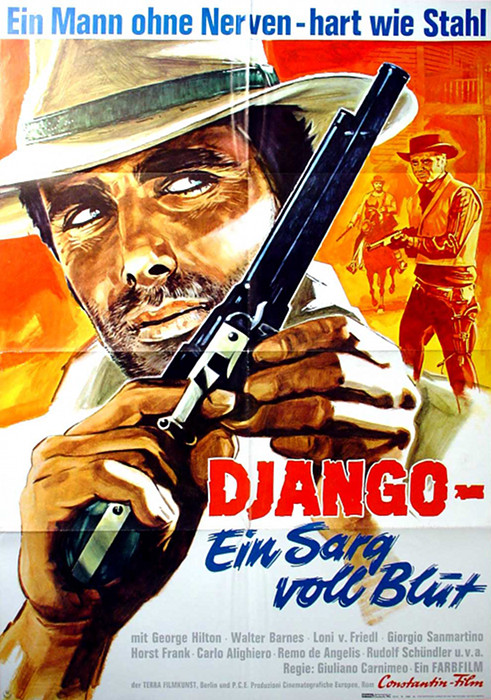 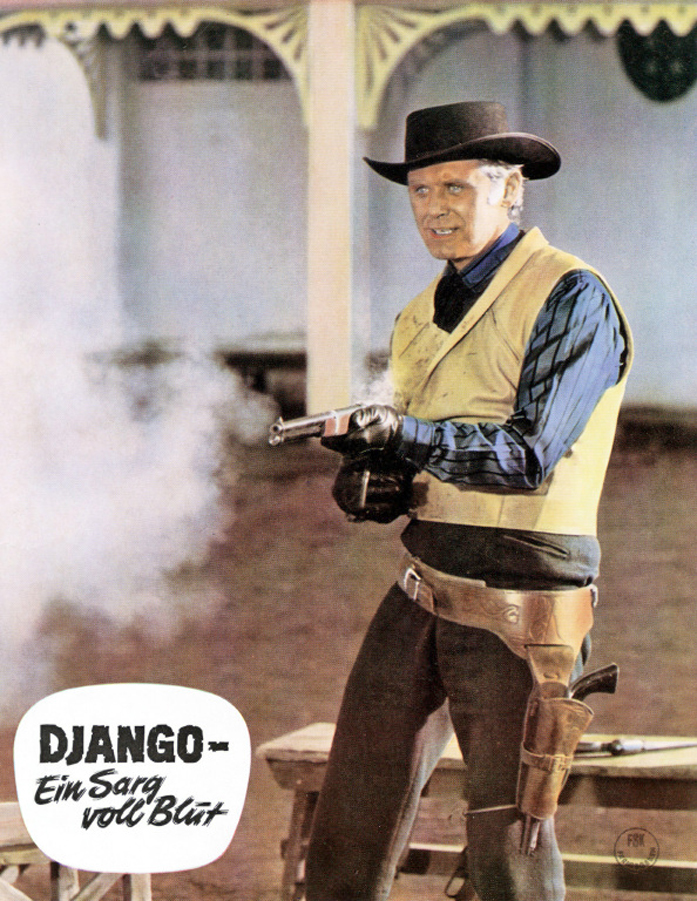 Lord and Bull are two adventurers recruited by Judge Warren for a mysterious mission. On reaching the village to know the details of the mission they don't find the judge and discover that many people want them dead.
The DVD company Wild East put this out with another George Hilton spaghetti western on the same disc, "Full House For The Devil". The two compliment each other, and not in a good way. This is a pretty poor western. The first third of the movie is very confusing, with motivations by the various characters murky. Eventually we learn what's going on, but the movie doesn't really improve with that knowledge. The story remains very slow-moving, and the sporadic action sequences are not particularly exciting. The two protagonists (played by Hilton and Walter Barnes) are not very likable, coming across as kind of smug and cold-hearted. Is there anything of merit to be found here? Well, the opening credits song is not bad, and the director occasionally pulls off an interesting visual. But I think even the biggest spaghetti western fans won't find this limited merit enough to make the movie worth investing their time with.
I sure like the pedigree of this one, as director Carnimeo (a/k/a Anthony Ascott) is behind several fine Sartana films as well as FIND A PLACE TO DIE; and George Hilton is one of the Spaghetti Western genre's most laconic and charismatic stars. But despite very capable and creative direction, a hooky theme song and score, and the presence of Hilton's winning smirk, the film is a dud.

Hilton plays a notorious bounty hunter (Lord) who, with his burly, sloppy sidekick Bull (Walter Barnes in a Jack Black-style role) aims to discover the location of a missing fortune in gold. Horst Frank is the hot-headed young man that stands against them.

If you were to make a list of the pic's assets, you'd think, wow, must be great: There is an intriguing mystery to the story, as the heroes must decipher various arcane clues and enlist the help of a long-missing crippled girl. The title song, "Walk By My Side" by Francesco DeMasi, is supremely infectious, and repeats throughout in a variety of forms, notably plucked on an electric bass guitar. Carnimeo's varied camera set-ups feature numerous unusually-composed and visually-arresting shots and interesting points-of-view. Hilton is sarcastic and charming. Barnes is goofy and funny, in a Bud Spencer sort of way. Still, the picture bored me to tears in each of two separate attempted viewings. (I was made so catatonic the first time around, I stopped halfway through and tried again from the beginning on another day. No Luck.) If I had to put my finger on it, I guess I'd say there is a distinct lack of dramatic tension and/or action on hand. We seem to follow Lord leisurely from from one scenario to the next, never sensing any danger, import or panic to what's happening. The very few action sequences are of that most boring variety: The Shootout. Is there anything less exciting than two teams of gunmen firing at each other from darkened buildings? In several such scenes here, various pistoleros crouch behind their hiding spots, peek out and fire, crouch back down again, maybe somebody does an overly dramatic fall ... you get the idea. Furthermore, these scenes are usually edited such that there's no perspective on who's shooting whom, from where, adding to the viewer's dissonance. Let's have some some action, guys! A chase on horseback, a fistfight, a daring escape, a dramatic leap from a building, a tense river crossing ... stuff that makes the runtime fly by, not just fill the time.

By no means a failure, you may like this film if you are specifically locked in to Hilton's particular charm, or can forgive its clock-stopping dullness. I wouldn't recommend it otherwise. 5 out 10 stars, C-.