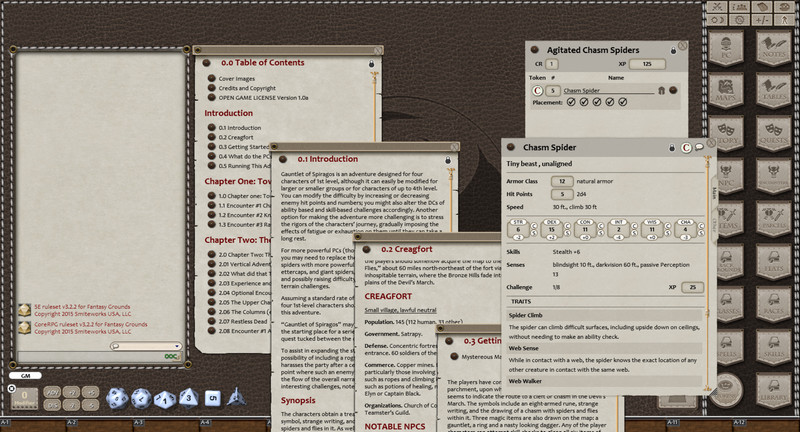 
For centuries, titans bestrode the world, colossal heads and shoulders lost in the clouds, carelessly smashing and crushing all beneath. When the youngest of them had enough and declared war on their ancient parents, even the land itself suffered. These scars of the Divine War, which ended less than 200 years ago, have still not healed.

One such scar is the Chasm of Flies, a rent in the earth created when the titan Spiragos the Ambusher was smote down by one of the young gods, Vangal the Ravager. Now, the Chasm is inhabited by spider-eye goblins and their spider allies, but it is also thought to be the resting place of powerful artifacts from that elder age.

"Gauntlet of Spiragos" is a Scarred Lands adventure designed for 1st level characters, although it can be easily modified for characters of up to 5th level.

Requires: An active subscription or a one time purchase of a Fantasy Grounds Full or Ultimate license and the included 5E Ruleset. a09c17d780 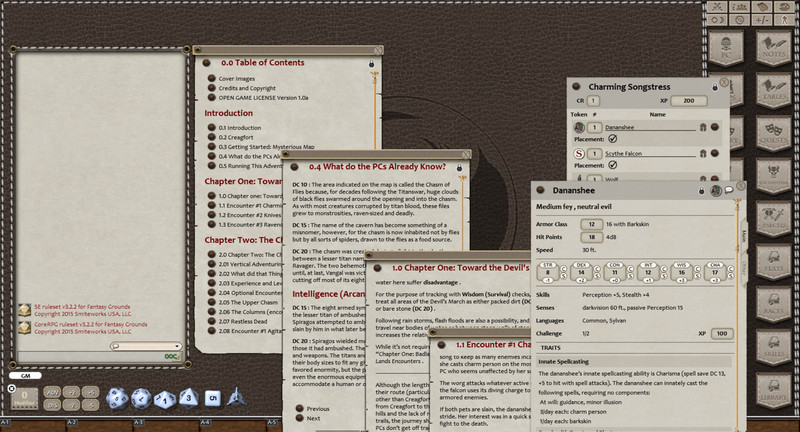 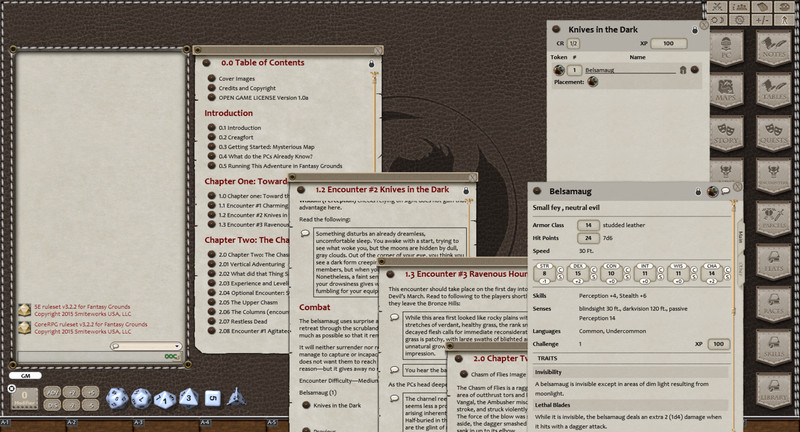 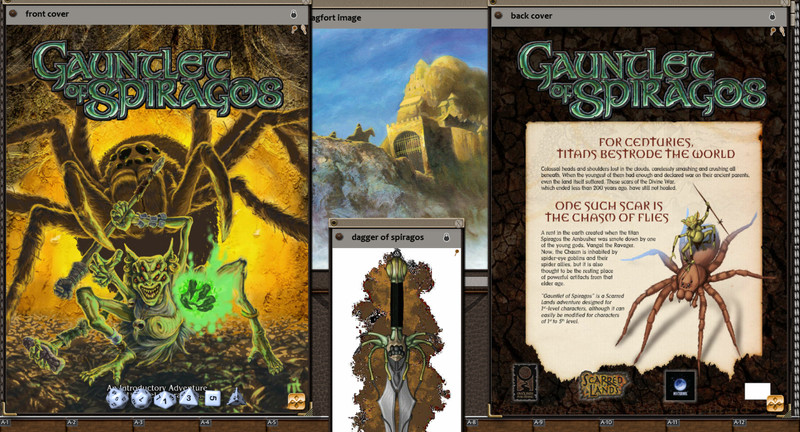