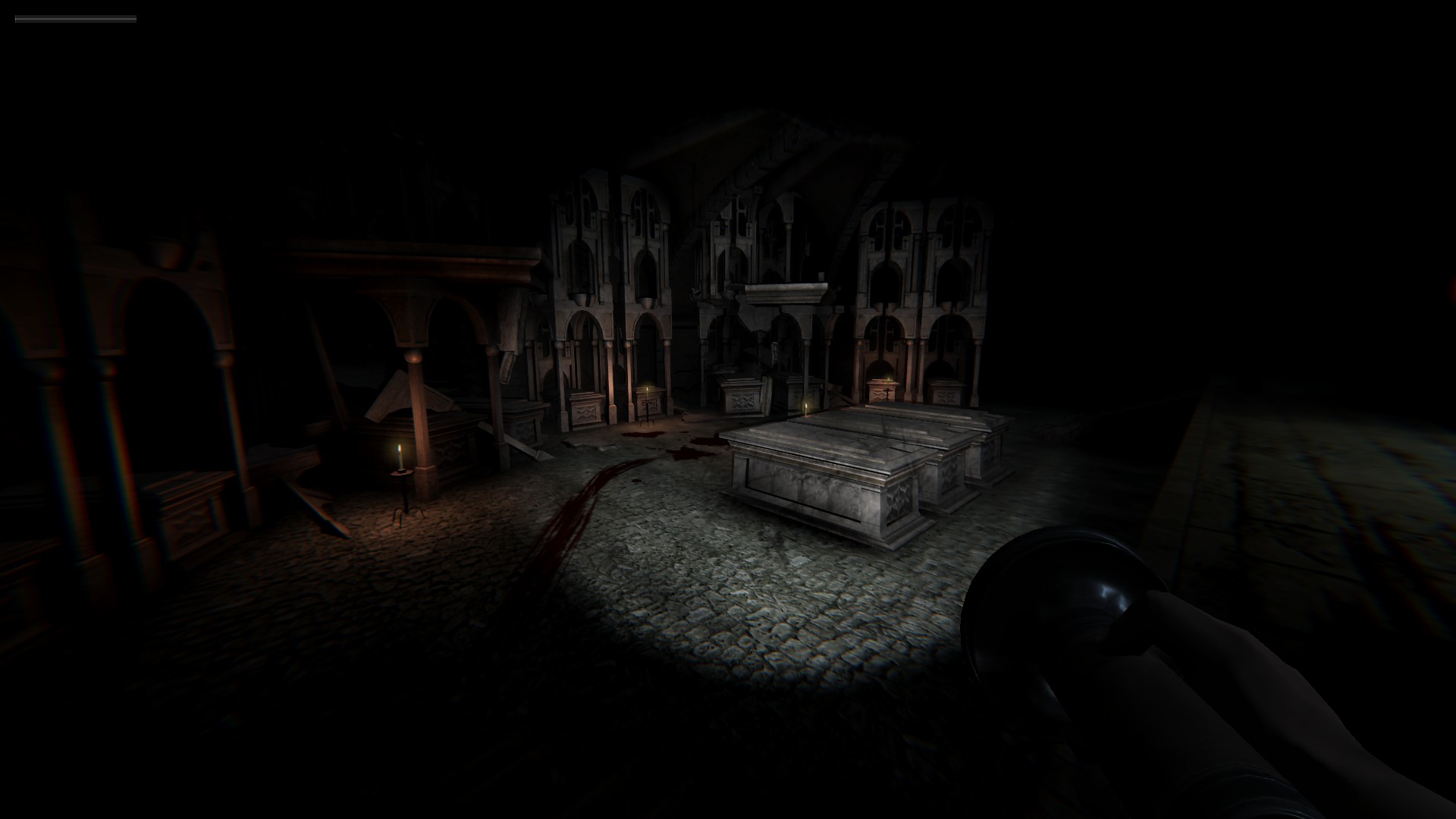 
What was supposed to be a game turns into a nightmare when you wake up in a dark, cold cave with nothing but your wits and will to outsmart, outrun and survive… something … that’s watching your every move.

Can you escape from Bloody Mary?

Escape a relentless predator steeped in legend. Learn the secrets of Mary’s realm. Discover the untold mystery. Explore an island lost in time. Evade supernatural enemies. Do whatever it takes to survive.

Explore caves, lagoons, villages, tombs and more. Find artifacts of the past to piece together the history of the realm. Escape your demented pursuer in an untold mystery that only the keenest player will unravel and escape before meeting their end.

Littered around the realm are whailers that may alert Mary to the player’s location … or distract Mary for the players to throw her off their trail. Stealth, misdirection, wit and an analytical mind are required to escape this nightmare. 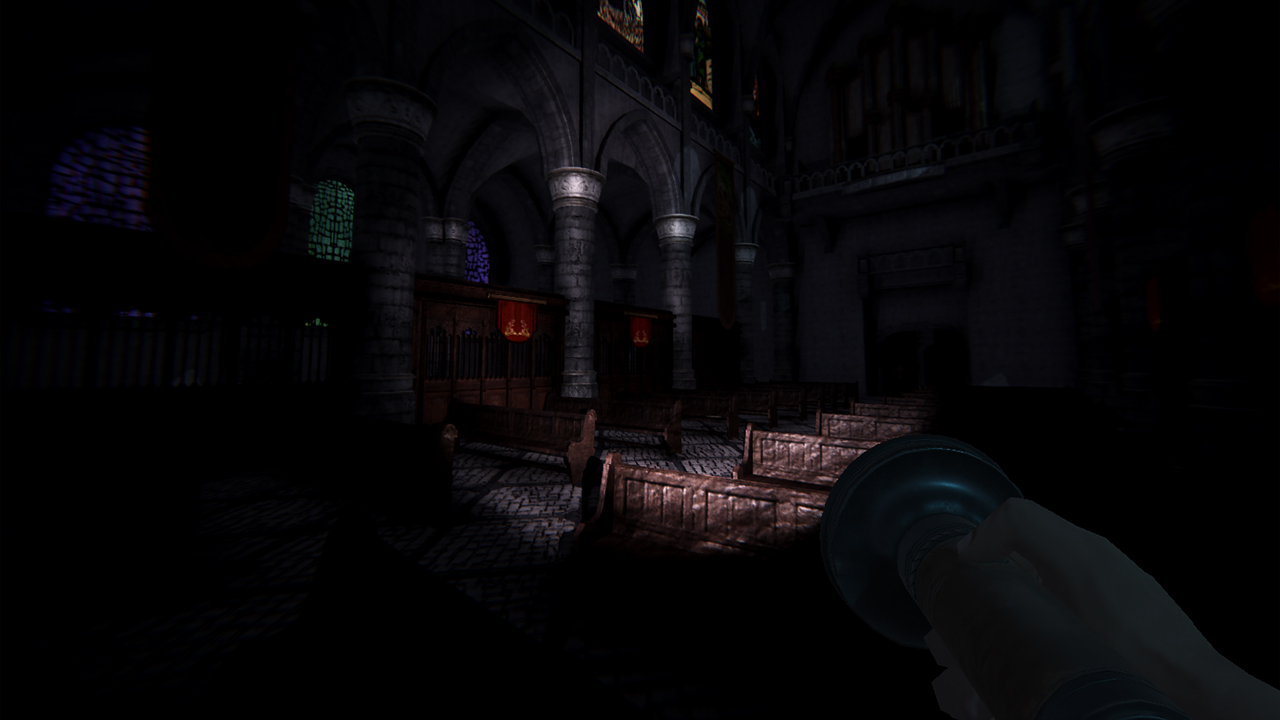 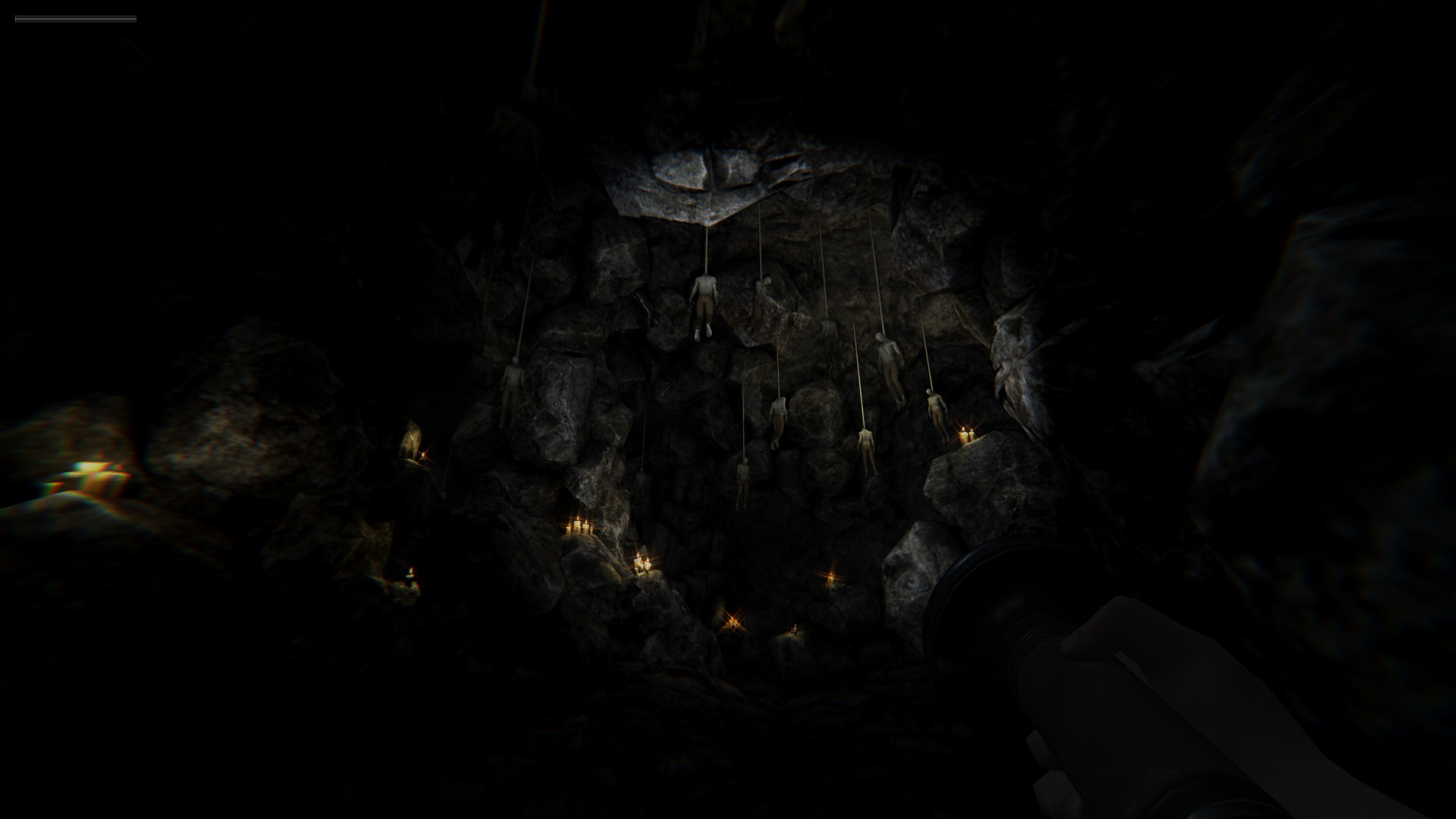 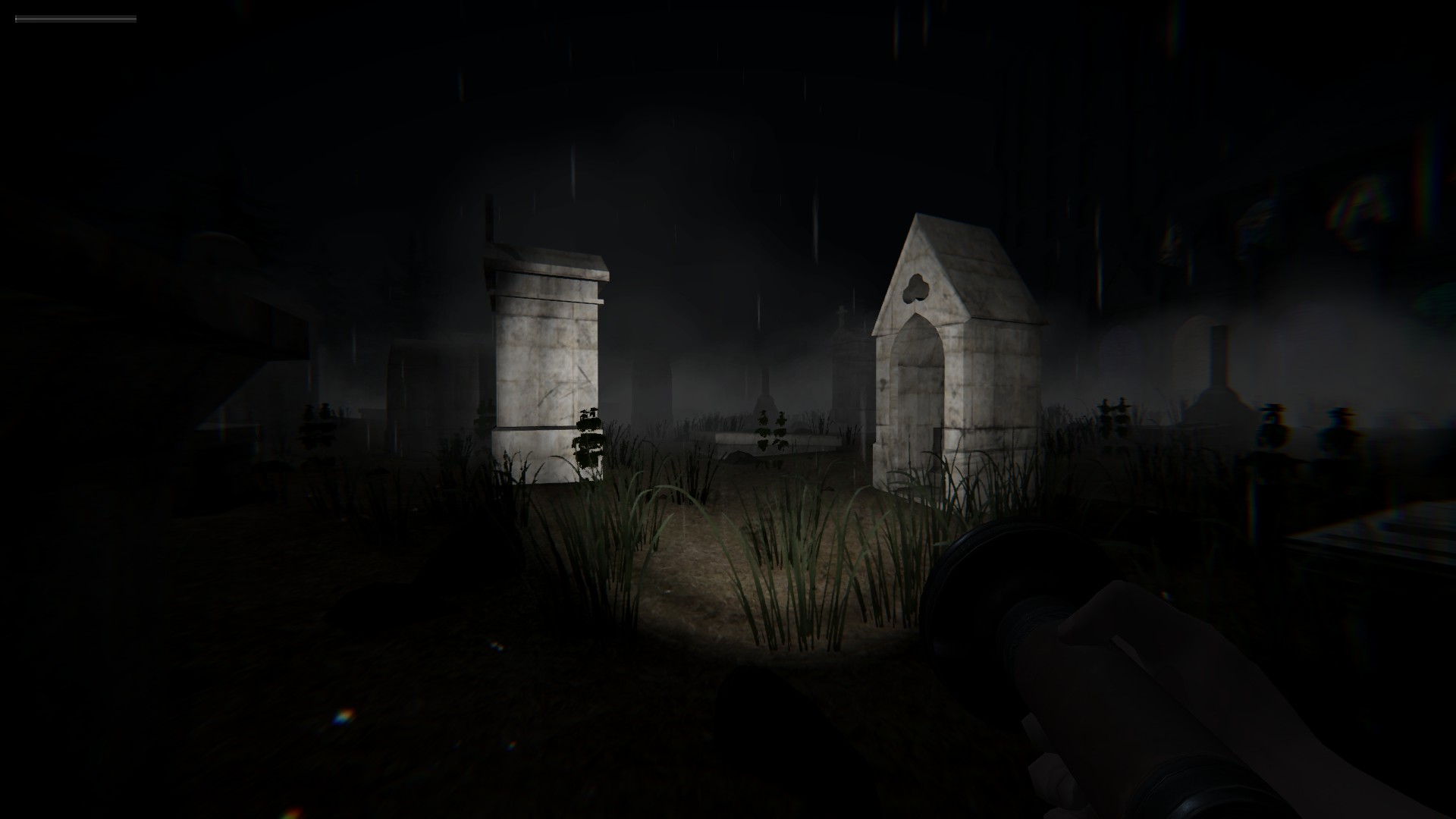 
Bloody Mary: Forgotten Curse<\/i> claims to be an open world horror game, which is debatable. Sure, you can explore an open island, but there's only one objective: find the 7 items. Seem familiar? It is a Slender-like game. Are Slender games usually considered and categorized as open world? Hum... I was excited at first, as the concept of an open world survival horror game is very interesting to me, but quickly realized there is not much of a player choice in this.

The game starts well, inside a cave, makes you wonder why you are here and where you are but then the problems start. First of all, you are supposed to go down a hole by traversing down to the lower rocks. The problem is, if you jump, you will get fall damage, if you just walk out of the platform, you might still<\/i> get fall damage. My first death was here, because I jumped on the first one, and just let myself fall on the following ones, but when I reached the ground, I guess I had suffered too much damage. Is this supposed to make the player seem fragile from the get-go? If so, fair enough, it's not really a big complaint, but it just adds to the list.

Once you are out of the cave, you find a list of items to look for. Here is where Bloody Mary and some weird wavy ghost start stalking you, I think? I say "I think" because all I saw them do was walk around randomly and teleport (sometimes right before my eyes). The store page claims the AI learns from the player but whether it does or not, I wouldn't know. They didn't do much else. The store page also claims you can evade them using stealth, but there is no such thing as stealth in this game. The enemies are not really scary, they just make the screen go crazy and follow you around. They're not hard to get away from, even with the incredibly frustrating running mechanic.

You get tired in about 3 seconds and the screen start shaking violently for a couple more until you can't run anymore and must recharge your stamina bar. The shaking especially is incredibly annoying, since we're talking about an island with 8 landmarks to visit, a few minutes away from each other, with nothing at all happening in between. It's just boring. I don't know if the shaking was supposed to evoke panic in the player, but if so, it missed the mark by a long shot.

Some of the landmarks look alright, some look terrible, for example: the House and the Fishing Hut look like the exact same 3D model and texture, somewhat scaled into different dimensions. There are almost no details and it just looks extremely ugly. Most of them are also too small to be able to say you can "explore" them. Just walk in, if there's no obnoxiously huge flashing blue marker (incredible immersion breaker) telling you there is a note or item inside, just leave. Others look better and offer a bit of exploration, like the Church. Even though it's still very limited and lacking in detail. There are even some invisible walls! You walk between landmarks by following your map and your compass or by following directional signposts scattered around, where you can also save the game (which makes the whole thing incredibly easy, to be honest). There is also no location pointer in the map, which might be my favorite thing about this game.

And the bugs... Some of them are incredible, it's almost as if the game was not tested at all. Some stairs you can't climb just by pressing forward, you have to jump. It's crazy. This happened multiple times in a lot of different stairs and stair models, it's probably something to do with either the collision of the stairs, the collision of the player, or the way the player physics and movement are programmed. I've also been able to go through some models, and even made some of them disappear! For instance: I visited the Pond, and there was this monument in the middle of the pond, with a note. I read the note, there was nothing else there, so I turned back to go look somewhere else. On the way, there are these low branches you go under, but they are very close to your head. I guess when going back something happened between the collision of the player character and the trees because they just disappeared into thin air, and so did the pond and the monument in the middle. Only the note stayed behind, floating in the air.

The jump scares are bad. Just some loud noise (which sometimes cuts off before finishing) and something appearing out of nowhere. Typical easy jump scare which is not scary, just startling and annoying. I am not sure if they are all scripted, but it did seem like it. They also lack any kind of animation. I saw a girl \/ woman (?) running from one side of a room to the other without moving at all, and saw some ghost jumping from a balcony also without moving. The second one especially was incredibly bad. The ghost model just translated forward and down to the abyss and disappeared while a scream effect sounded and was cut off abruptly. It was actually funny.

As for the "story", well, you do find some notes here and there, and you have a journal to store them in, but most of it seems to be random and not coherent, but that might just be because, honestly, after the whole experience, I didn't even try to make sense of them. There is no such a thing as a "narrative" though.

This game is a great example of an unclear store page description that makes the actual game experience worse, because it makes you expect things that are clearly not in the game. If the store page described it exactly as it is: a slender-like game where you must collect X items and avoid Y and\/or Z creature, I would probably have just kept on looking through the store.

The game is somewhat inexpensive, so if it seems like the kind of game you would enjoy, go for it.. It was my first time experiencing a open world survival horror game and it was awesome! I liked walking around not knowing what is coming next. However, I wish it was a bit easier to get started, like an objective somewhere in a corner.
Also, it'll be nice to see a more dynamic environment.
By the way, what you\u2019re doing is amazing. Getting to experience things like this for such a low price is really eye opening! 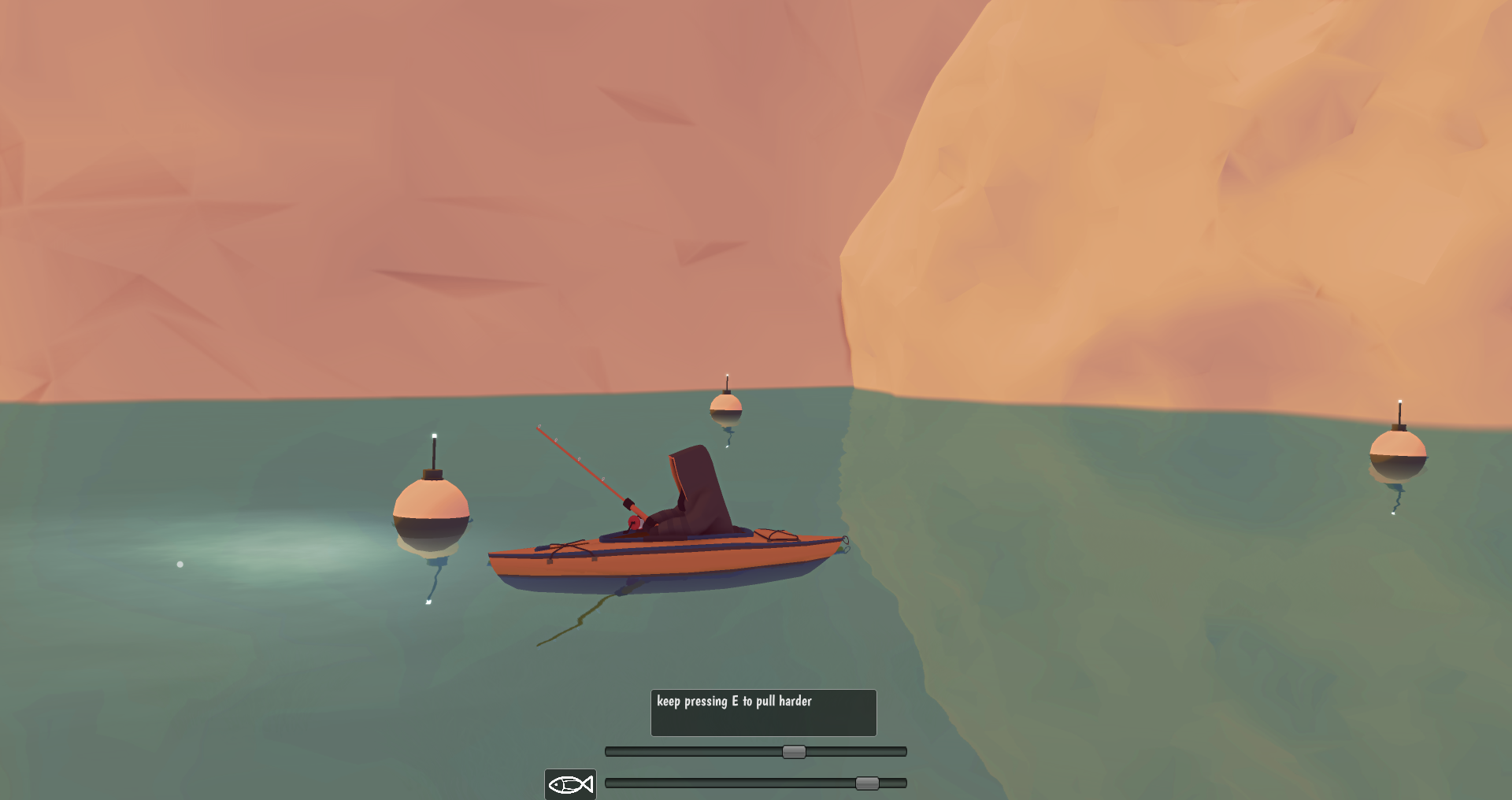 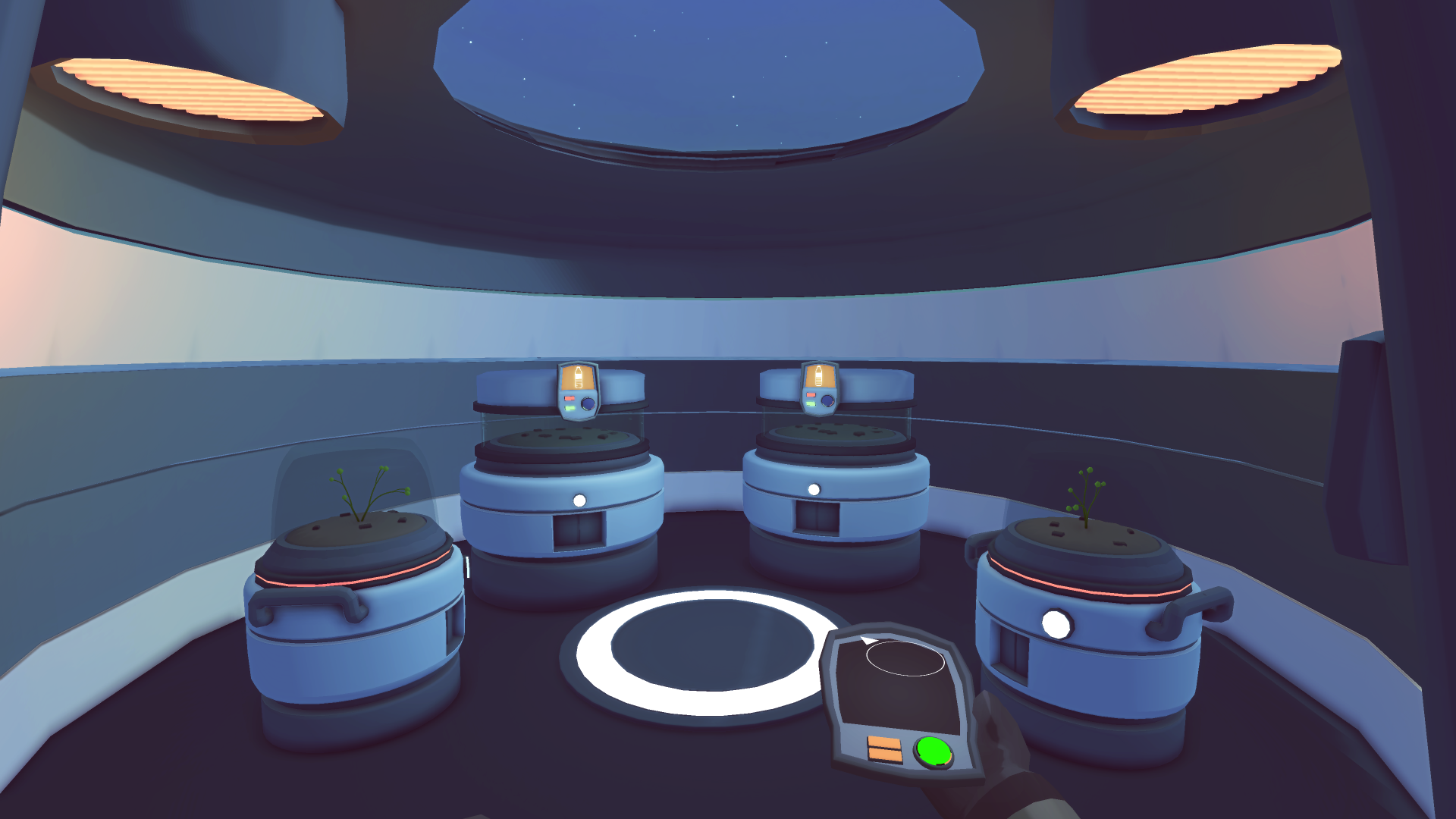 fixed
-dogs on low health would not increase their nutrition bar after fed.
-Getting stuck when walkin out of the main base (door issue)
. alpha v.8w: 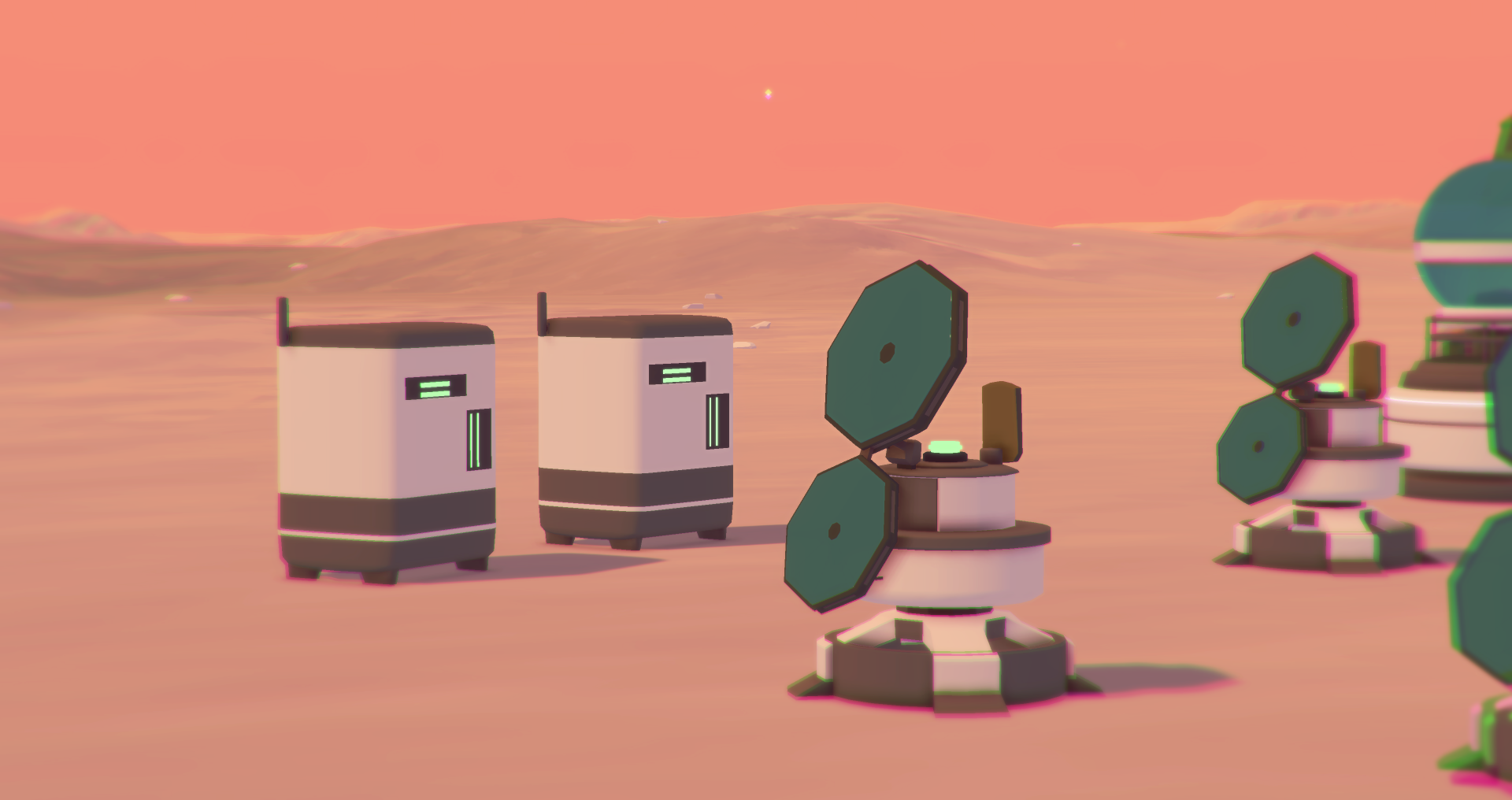 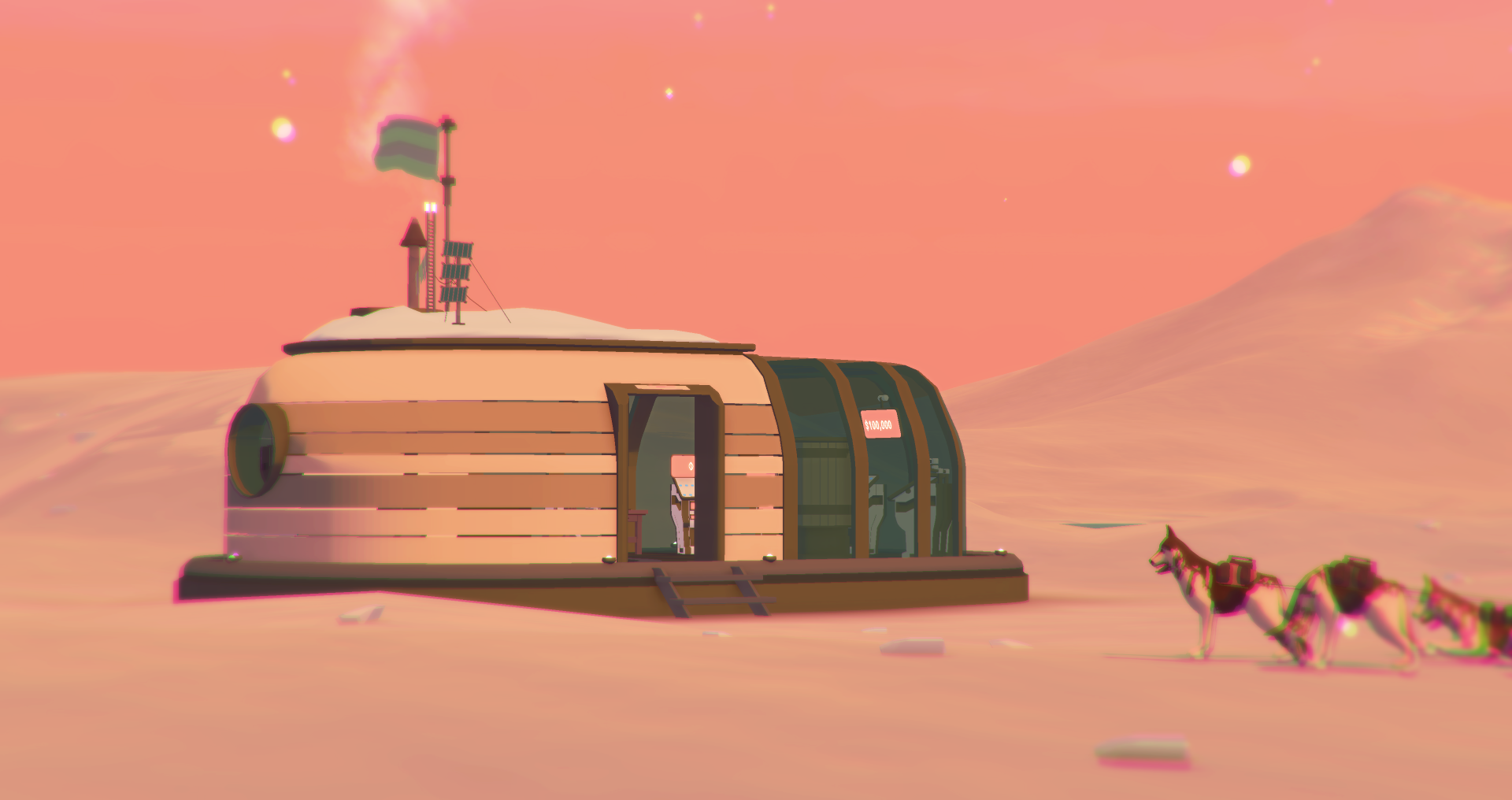 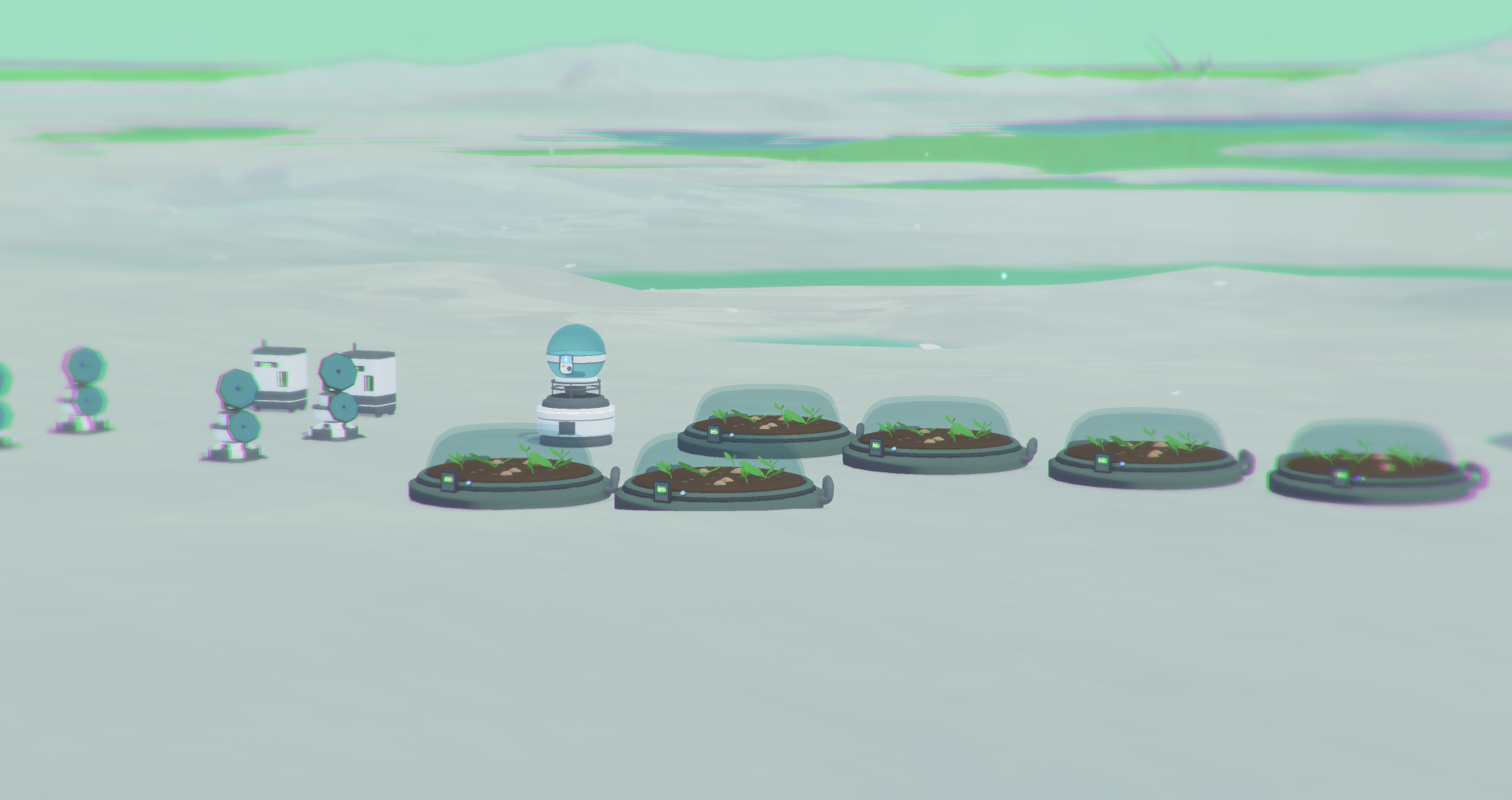 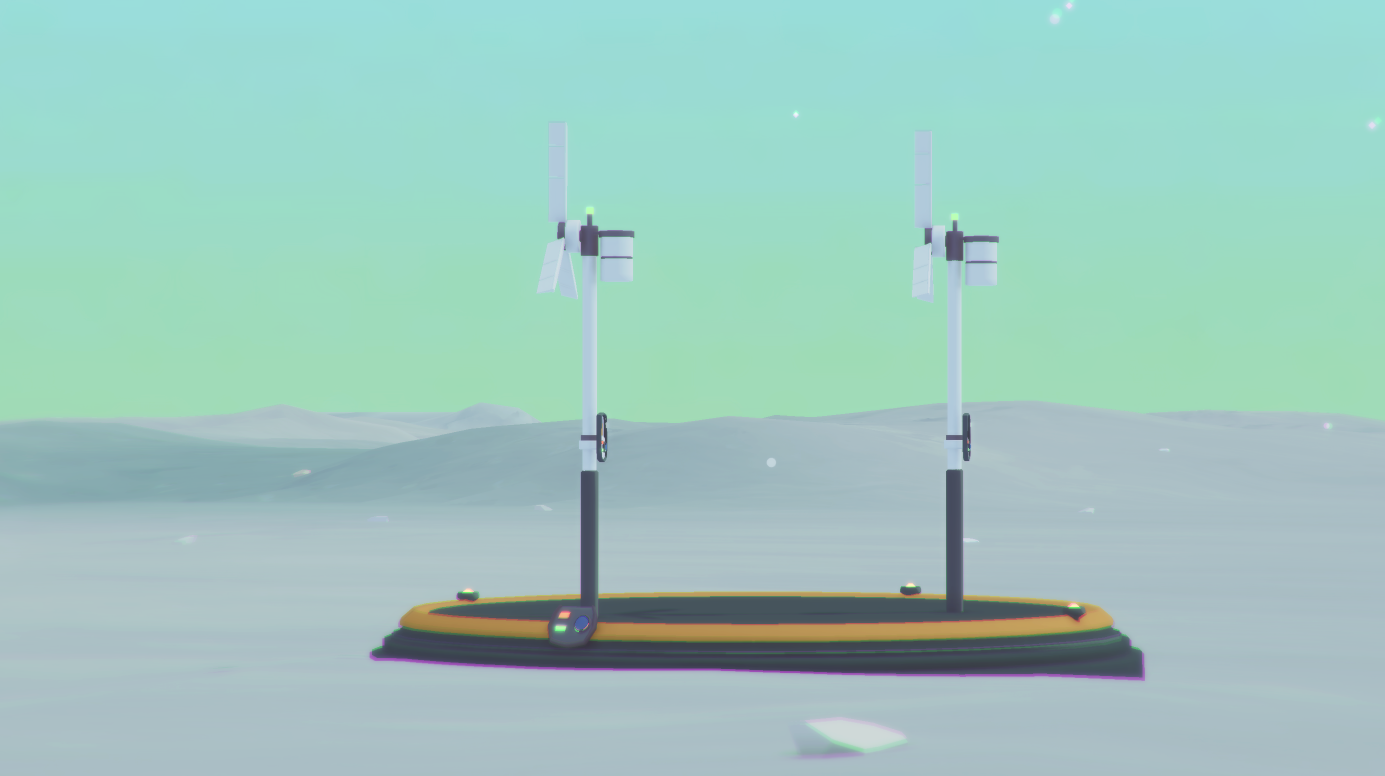 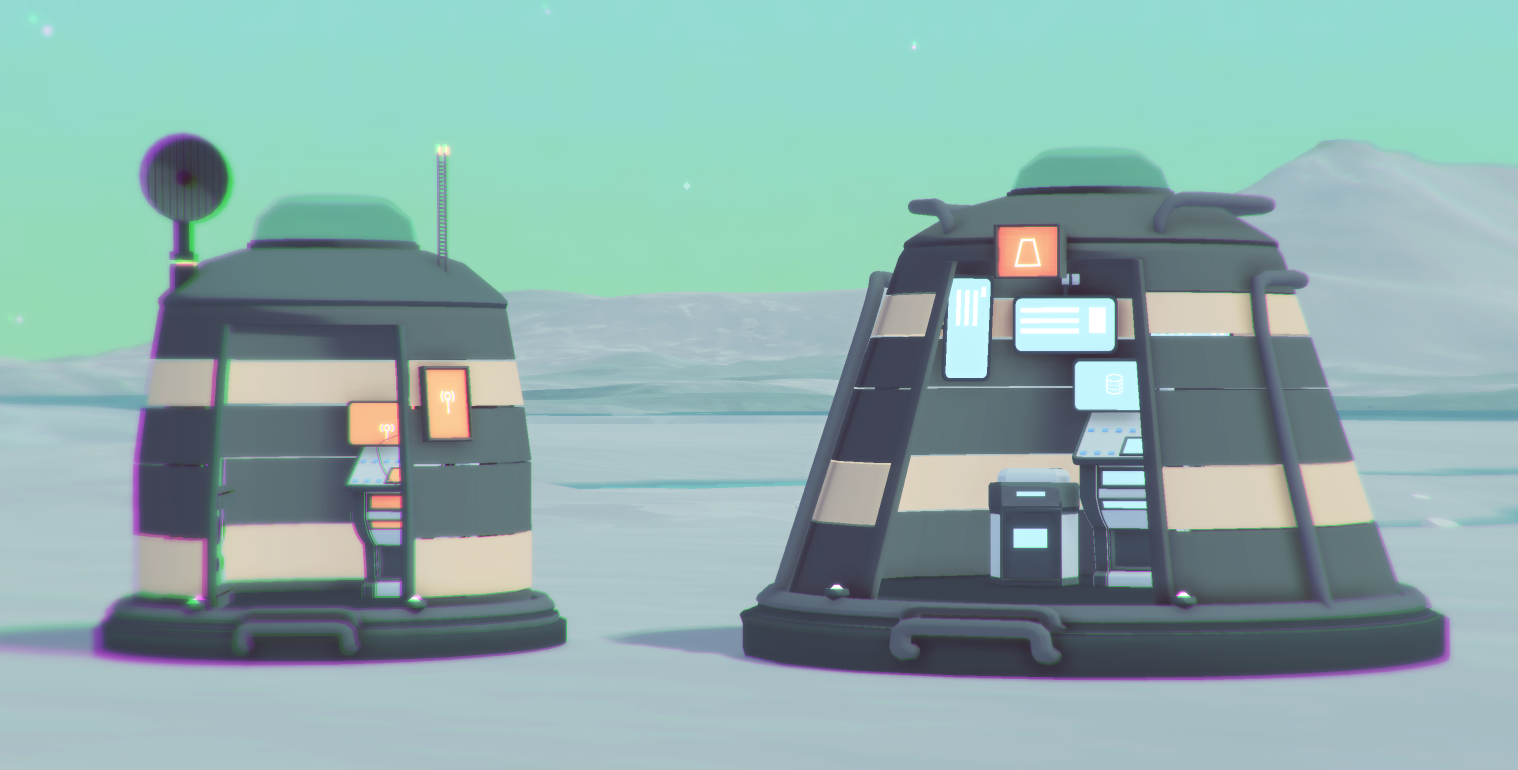 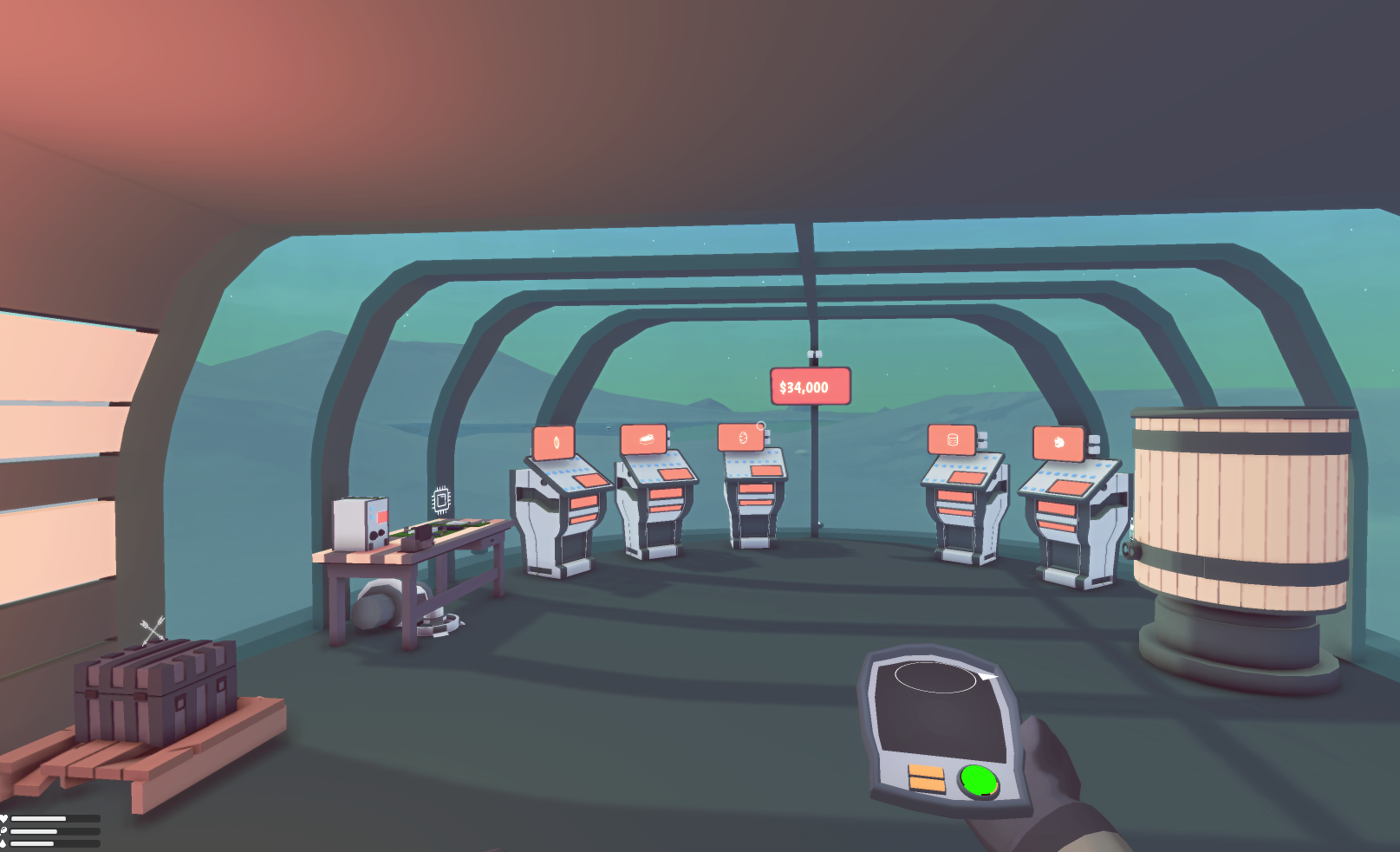 New buildable elements:
Batteries: there is now an energy limit you can deposit and building batteries will allow you to increase this limit.
Wind turbines: you can now place wind turbines, they keep working at night and collect more energy than solar panels.

other
UI: many pop up messages that did not followed the general UI design were fixed/updated
Removed cinematic frames from the fishing process
Fixed large structures reposition issues
Implemented LODs (optimization technique) to many buildable elements
Improved trading computers design
Any kind of trade now has a cost of 5 energy units
. alpha v8ka: 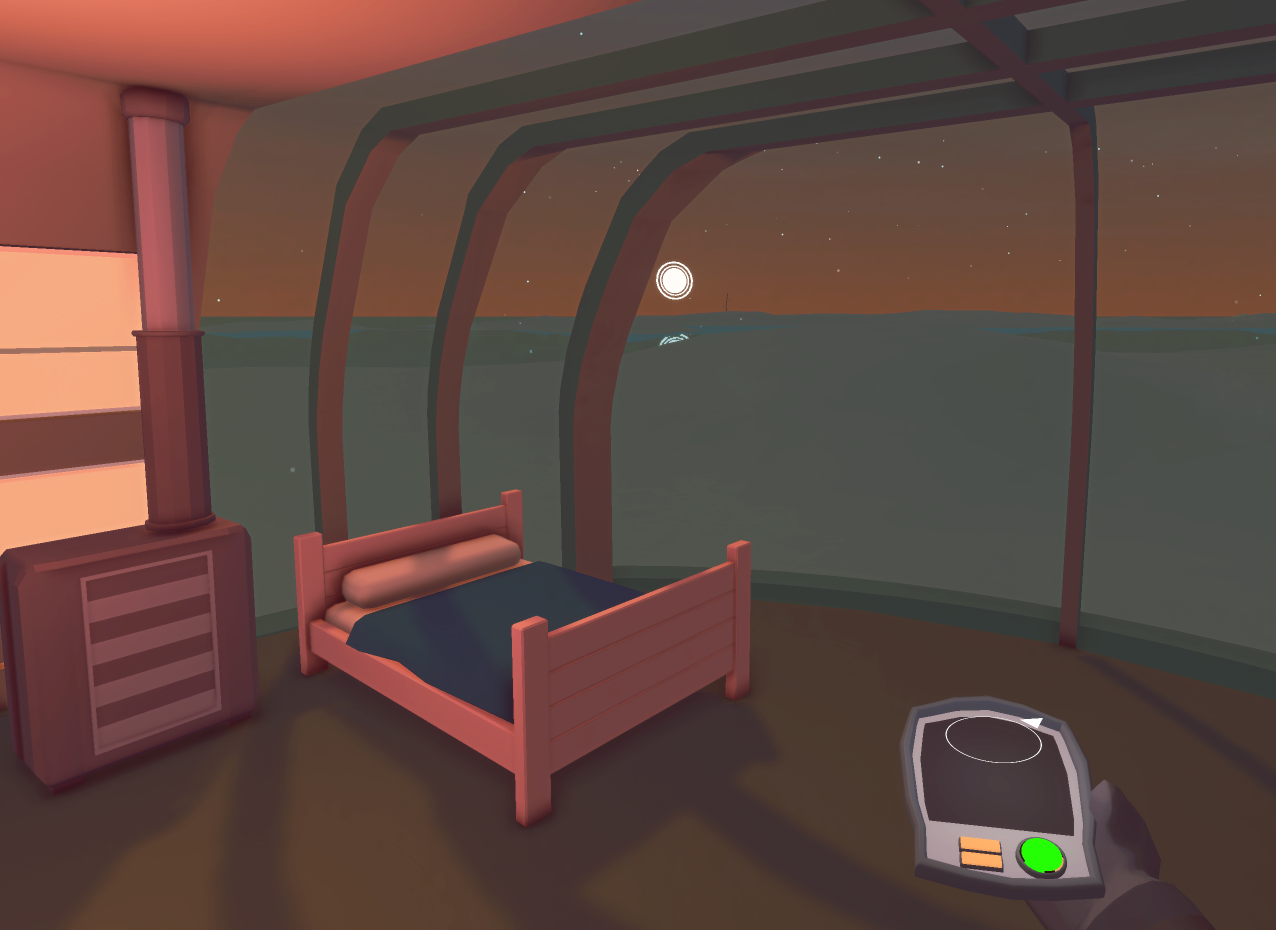 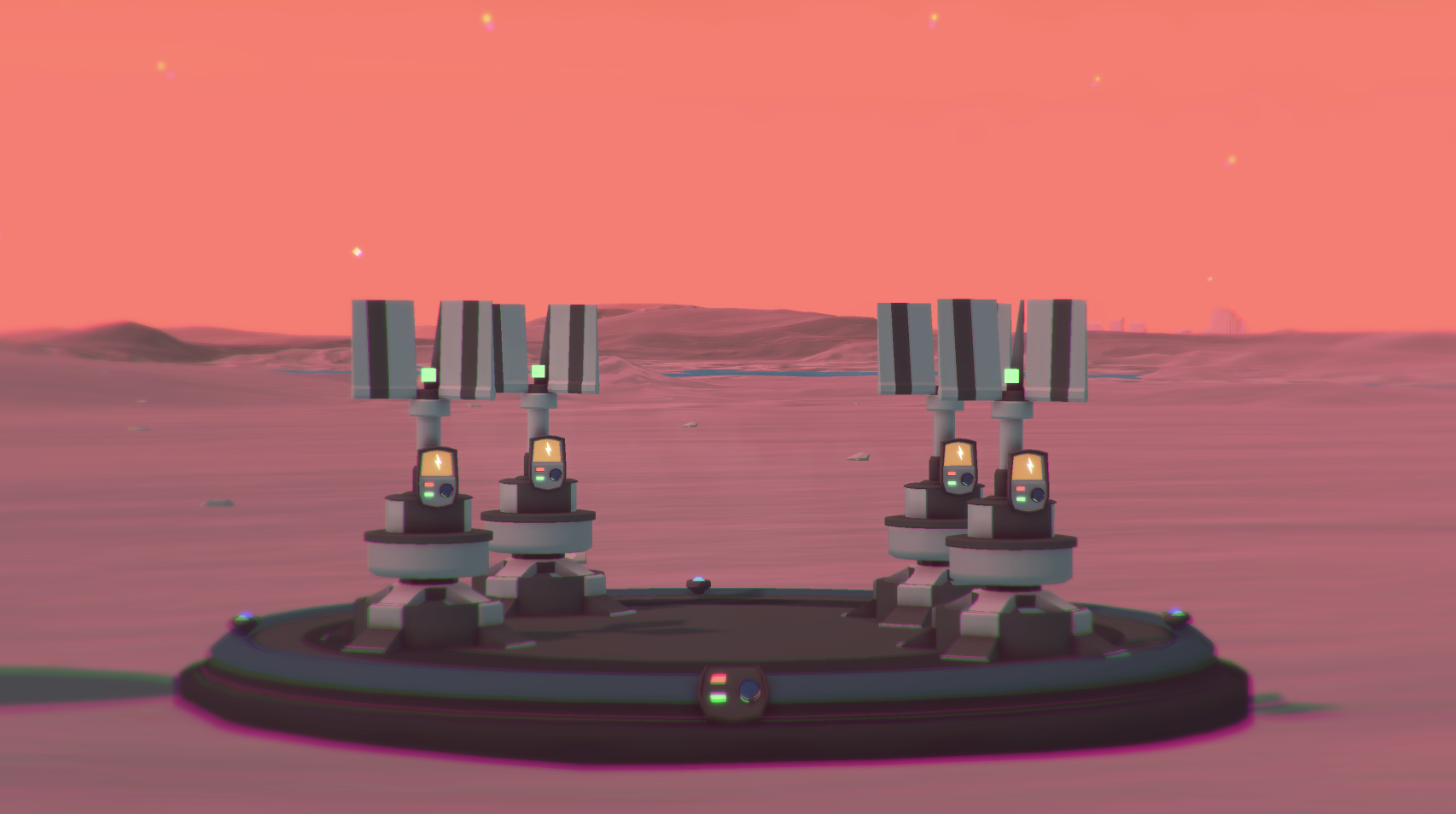 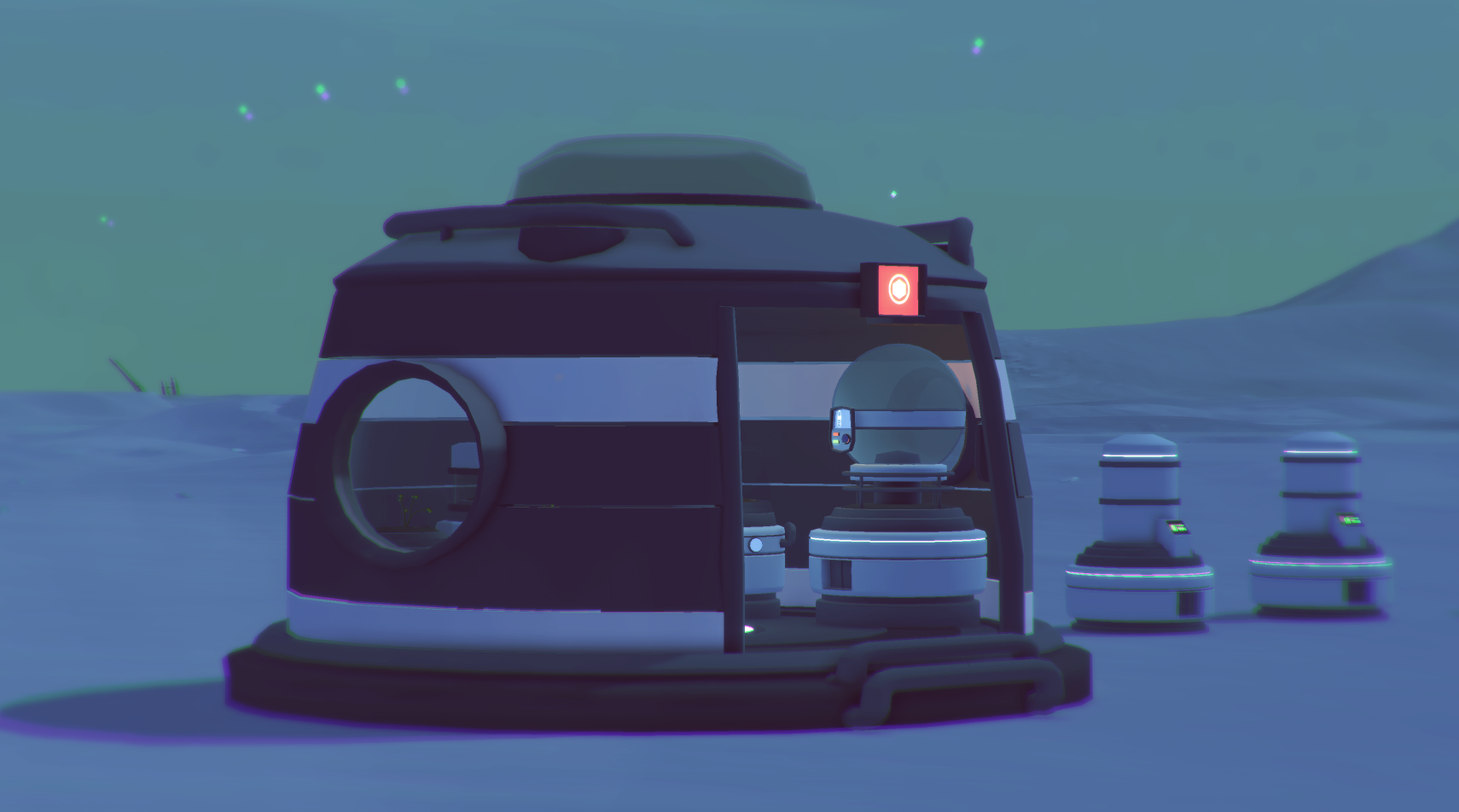 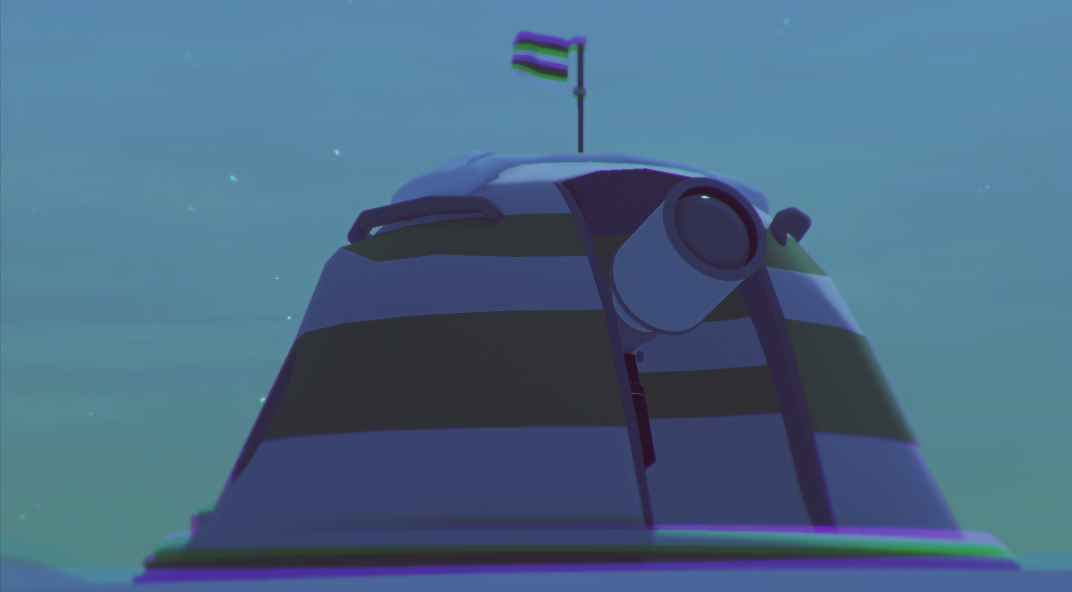 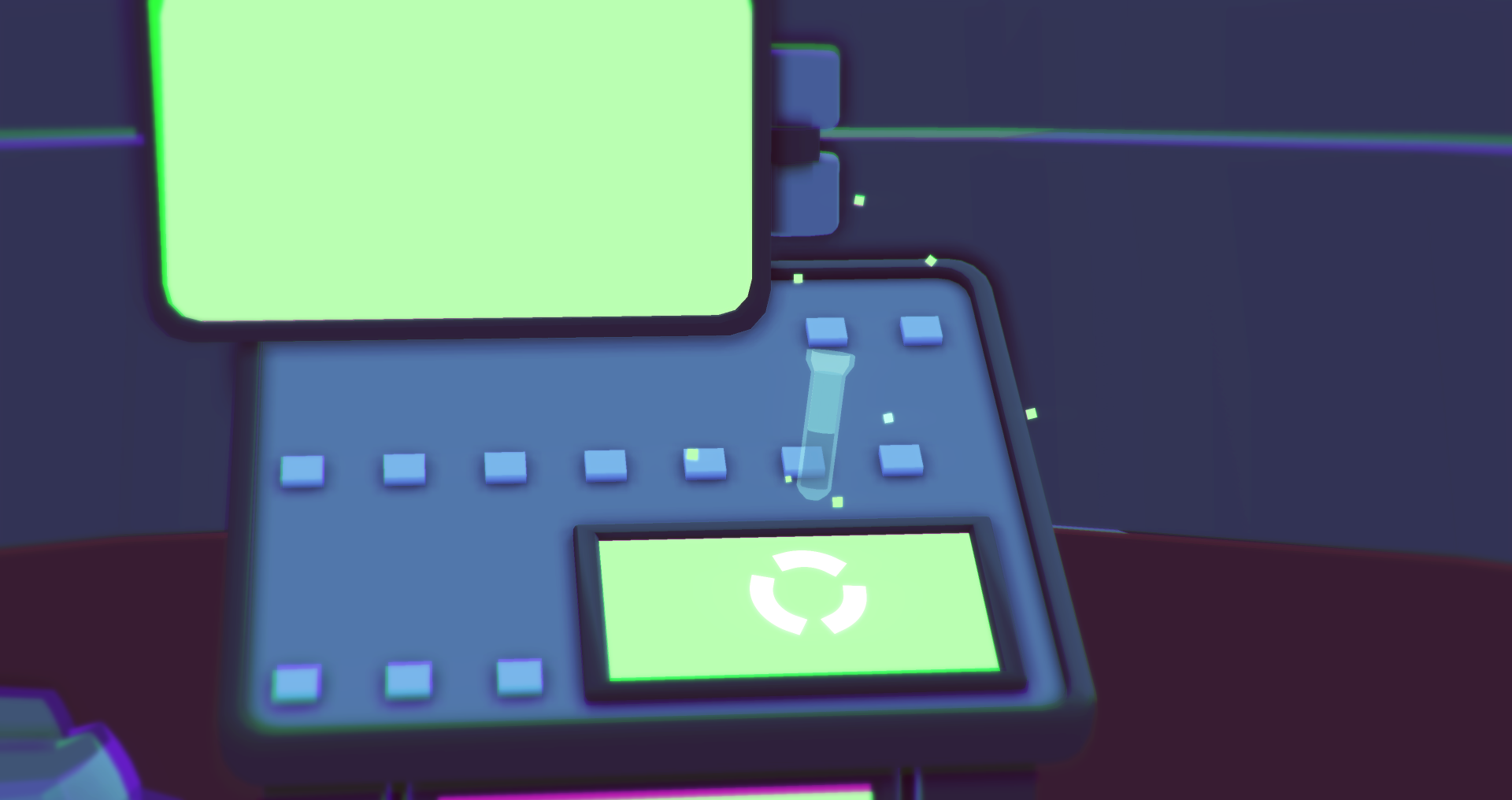 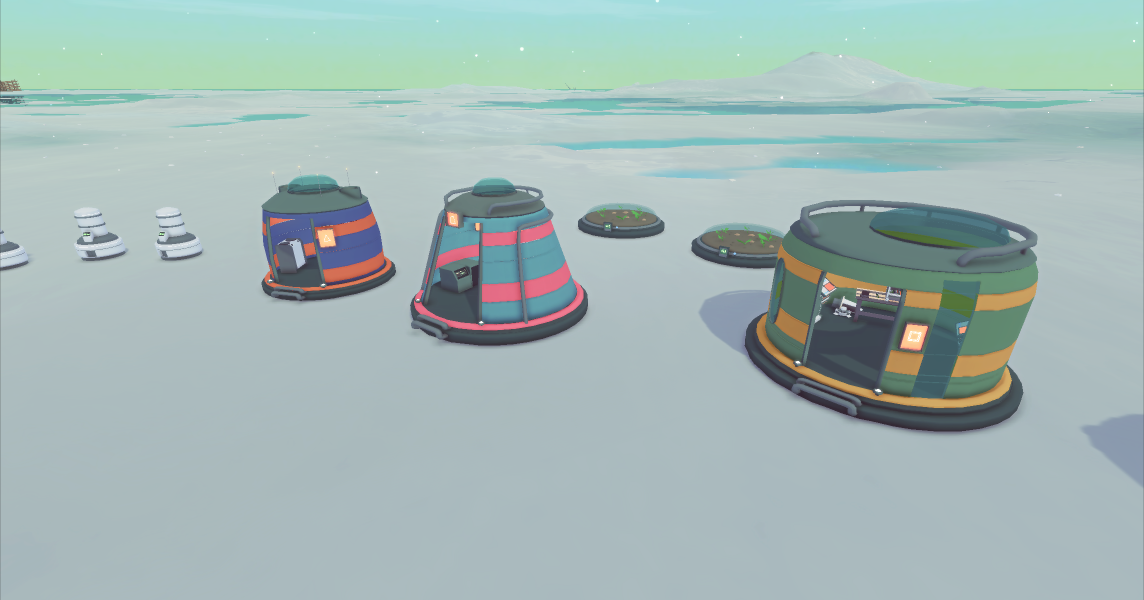 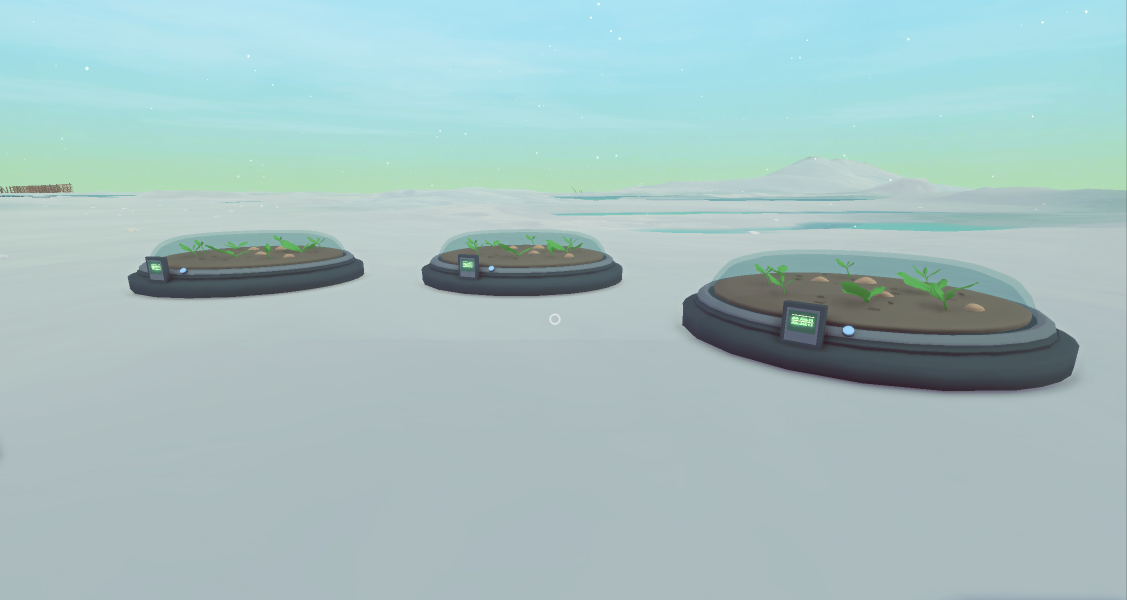 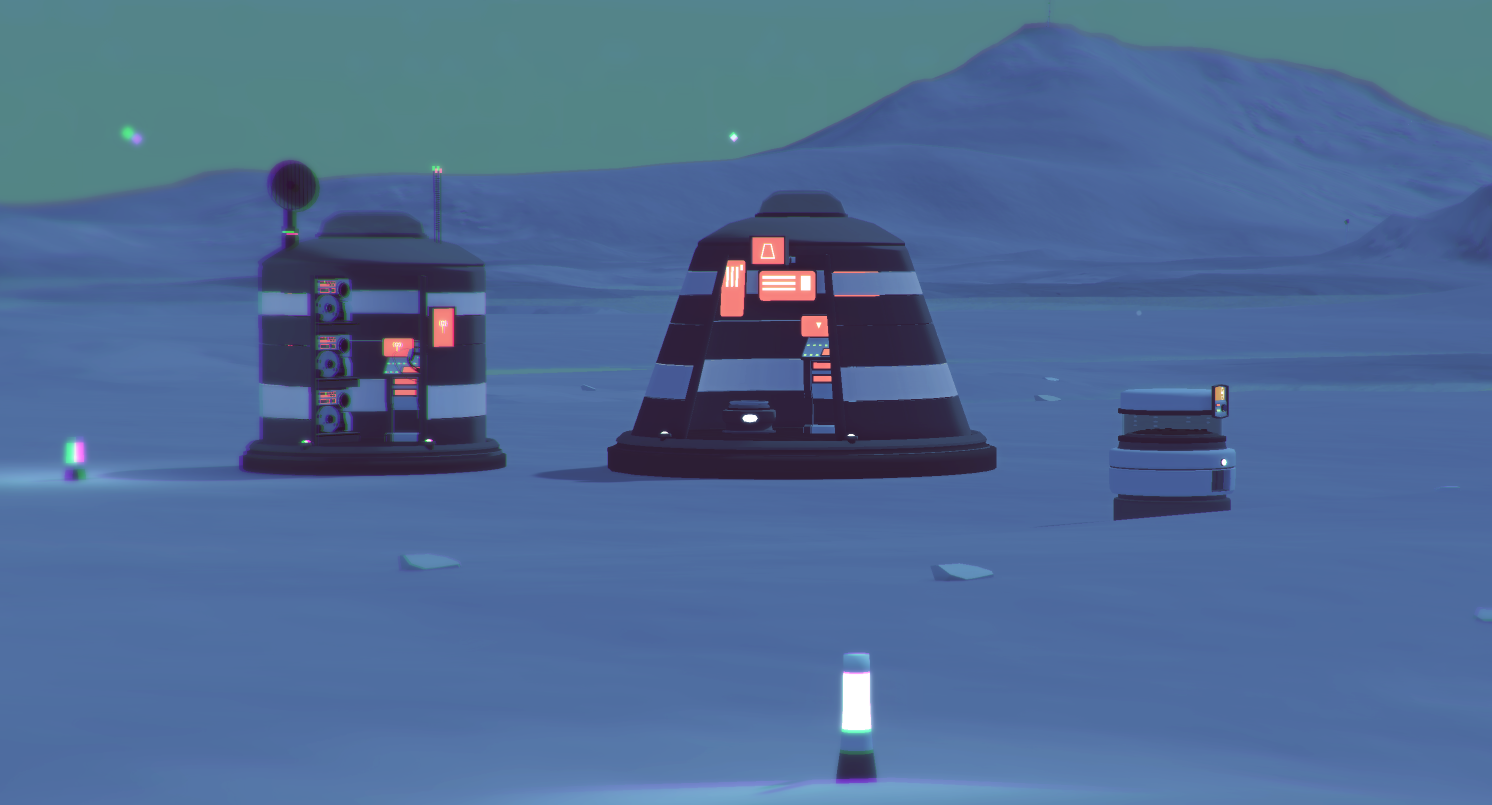 Workshop
You can now trade energy inside the workshop 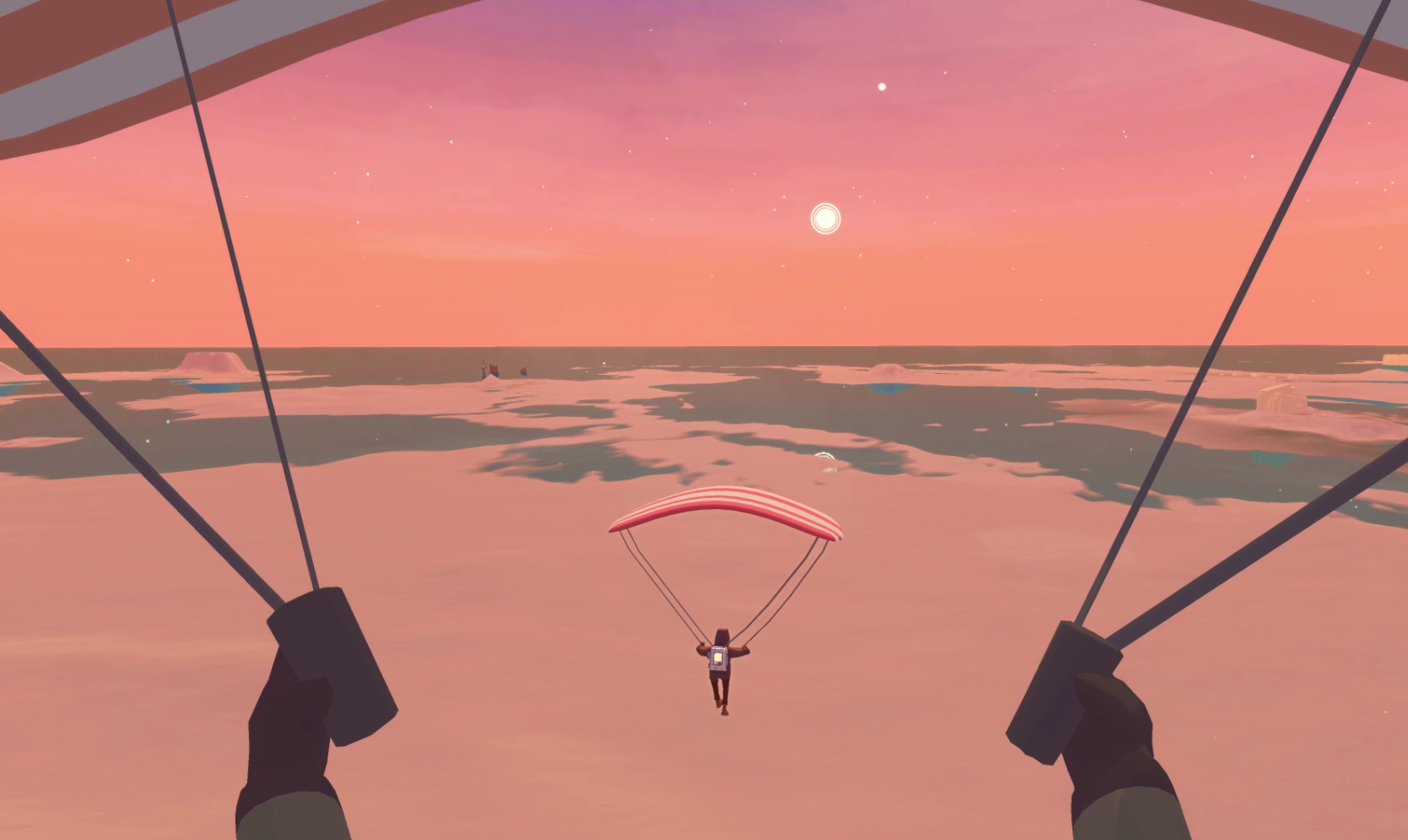