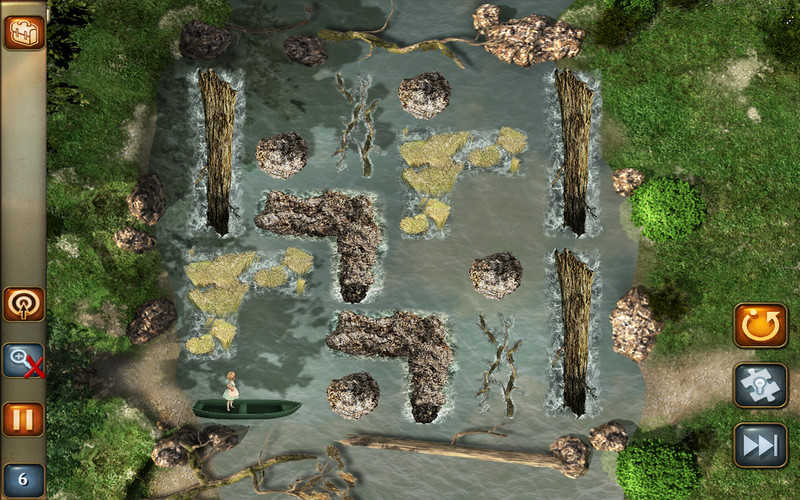 Inspired by the Lewis Carroll novel « Alice in Wonderland ».
Alice is bored, sitting next to her sister who reads a book with no images... While she observes, dreamy, what surrounds her, she sees a rabbit in fitted coat which runs by looking at its watch! Intrigued, she follows this rabbit in its den and is thrown in a wonderful, bizarre world, without logic, inhabited with fantastic characters. Help her going through this strange world and returning to her home!

A THRILLING ADVENTURE:
Visit unusual places pursuing Mr Rabbit, shorten or grow to discover mysterious paths, speak with strange characters to find your way, and enjoy your time in this dream!

USEFUL HINTS:
Use the Hint: a shiny halo helps you to find one of the objects.
No more hints? Not enough time? Find the bonus stars hidden in the scenes to get more hints or time! 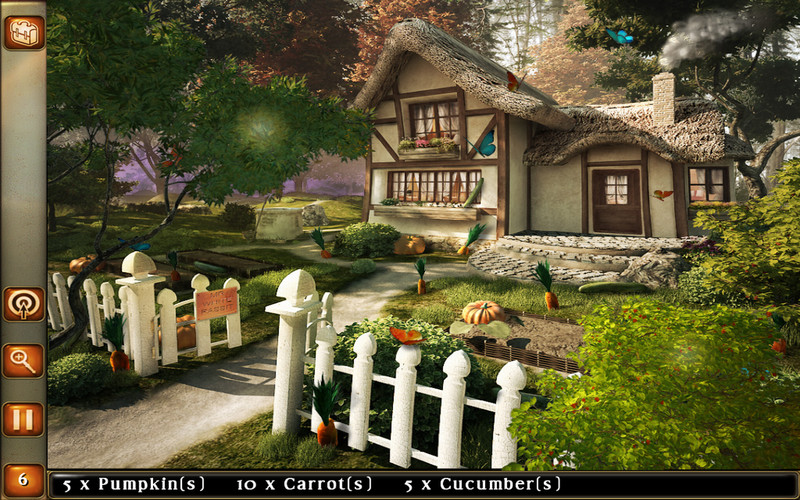 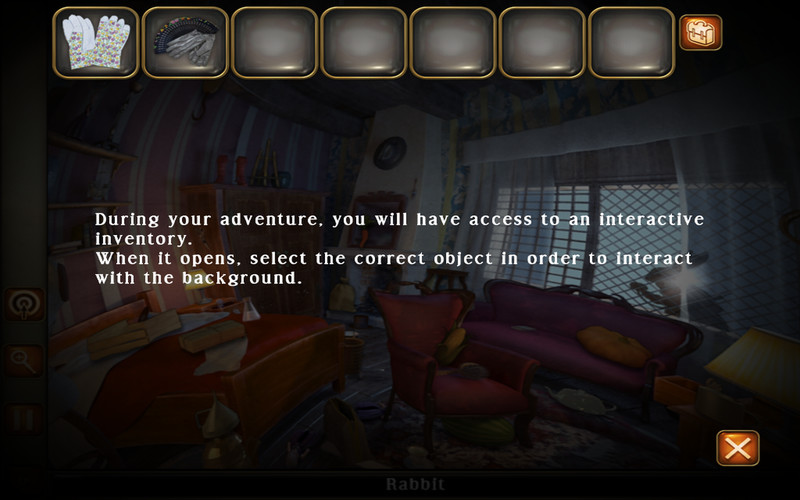 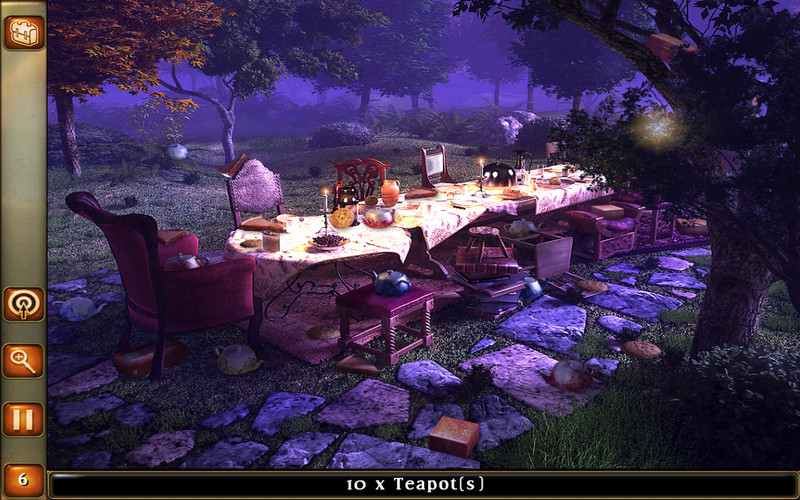 Not worth it, even if it becomes a free game.. Alice in Wonderland turned out to be a really nice game after a slow and frustrating start because it took me a while to figure out if there was a Hint button or a Skip button or a Menu button or a button that gave me the instructions for some of the mini-games and puzzles. I've played many hidden object games and I'm used to seeing dozens of hidden object scenes, mini-games, and puzzles. Not to mention looking for collectibles and morphing objects, etc.

This game keeps everything simple and easy. You have to find a certain number of items in the same scene and then you interact on something and then it takes you back to the same scene to find a different set of items. There are several different hidden object scenes and you have to go back a couple of times in each scene. I was able to find the majority of the items but some of them were embedded so well into the scene that I had to enlarge the scene in order to find them.

Being able to enlarge the scene is a big plus in this game. I like that you can click on the magnifying glass and it enlarges the scene and you can move it around; it makes it so much easier to find things. That was the only way I could find the last one or two items that eluded me.

There are also a lot of jigsaw puzzles in the game, which I really enjoyed. I love doing jigsaw puzzles and, if you get stuck on the jigsaw puzzle or any other puzzle, I found out, through trial and error, that if you click on the puzzle piece on the right side, it will show you what the puzzle is supposed to look like. This is also a big plus.

The two things that were frustrating to me was:

1. The buttons are not labeled. I couldn't tell which button was the Menu button, or the Hint button, or the Skip button, etc. I tried to hover over them to see if the name would show up but it didn't. I had to find out through trial and error what each button meant.

2. Some of the mini-games and puzzles did not give you instructions on what to do. But, I didn't have a problem figuring out what to do because I recognized them from other hidden object games I've played so I knew what I had to do. There were a couple of mini-games though that did have instructions but they weren't really clear. I had to shoot certain things until I built up a certain number of points. The problem is the instructions didn't tell me to only shoot one of the things. I couldn't understand why I wasn't building up points until it hit me. So this was something else I had to find out through trial and error.

Once I figured out what the buttons did what and how to play the mini-games and the puzzles, this the game actually became much more fun and enjoyable for me. The graphics were beautiful. The music was pleasant. The voices were well done. The hidden object scenes, the mini-games, and the puzzles were simple and easy,

All in all, I really liked this game. Experienced HOG players would probably not like this game because it's not super hard and challenging but beginners and those who like simple and easy hidden object games would probably like this game, especially those who like the Alice in Wonderland story, which is what attracted me to this game. I love fairytales and this is one of my favorite fairytales.. Cute Hidden Object Game with a nice Alice in Wonderland Story.
. Good: