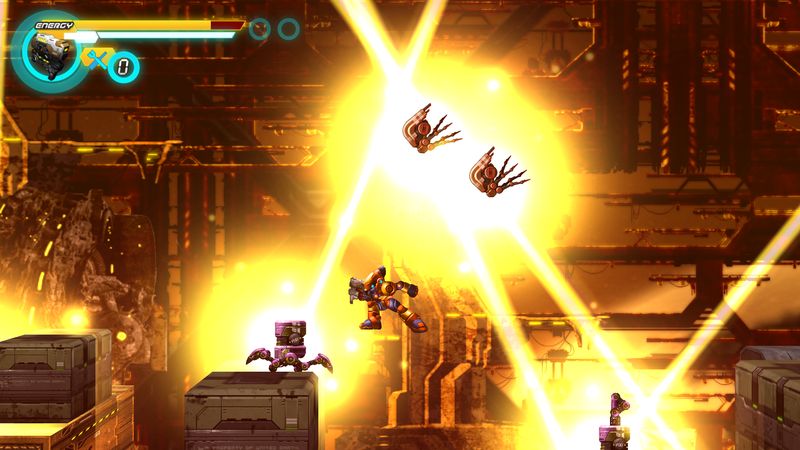 A.R.E.S.: Extinction Agenda is the first chapter in a full featured episodic hardcore action packed side scrolling platformer, in the traditions of retro classics, where you play as Ares, a combat robot created for the sole purpose of saving humanity. Can you live up to the task or will you be reduced to nuts and bolts?
You are Ares, the first Zytron immune robot. A symbol of how far human technology has come, you are the most advanced robot in existence; built to run faster, jump higher, and fire quicker. In addition to these core attributes, your design includes a system for converting spare parts and resources into valuable items, armor, and weaponry. You will need to use everything at your disposal in order to reach and rescue the survivors aboard the Zytron infected space station. 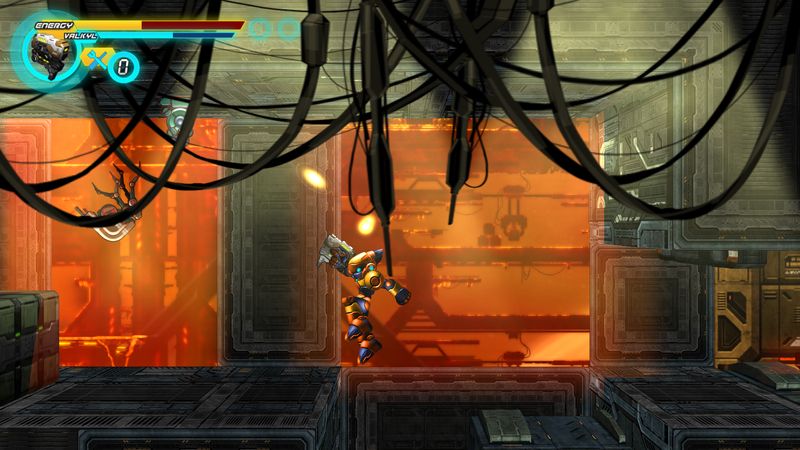 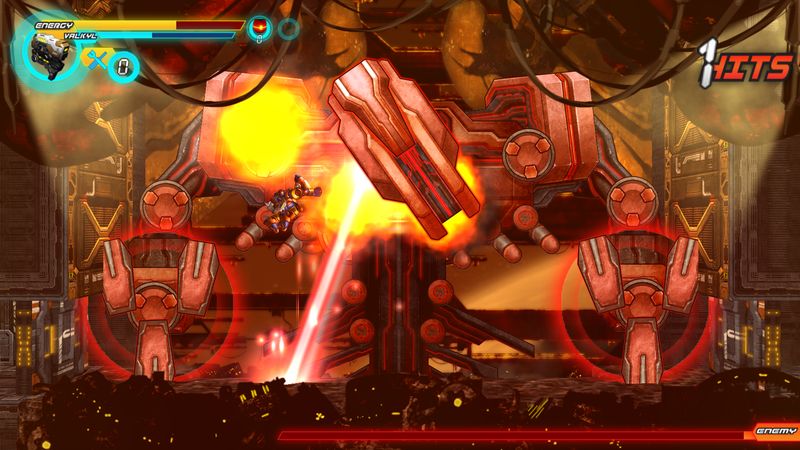 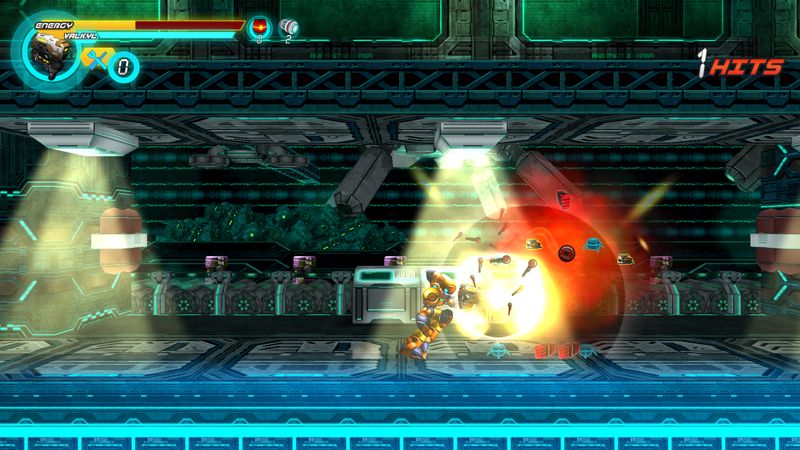 
I'll recommend this if you're a fan of the genre. This may seem like a dumb advice, but here's my point :

You may really like it if you're a fan of the 2D sidescroller game, otherwise not so much. Why ? because
this game, though a very good platformer, doesn't appeal to the regular gamer. It does write a long
love-letter to old 2D platformer (and a very nice one, might I add), but won't be a general gaming
experience you shouldn't miss.. A.R.E.S.... A great classic side scroller game brought back to life with new refined graphics and gameplay!!!. Crazy-intense high-twitch side-scroller. Looks like a modernized version of Mega Man or Metroid, but plays more like Contra - lots of enemies coming at you all the time. It theoretically supports gamepad, but it plays nicely with keyboard-move, mouse-aim controls.

If that's what you're looking for, it's a lot of fun! Good graphics, good music, occasionally-frustrating-but-mostly-in-the-good-way gameplay.. I'm reviewing this game as it's in a bubble. There's an updated version of the game, that interested people should get. It seems to be just an improved version of A.R.E.S., if so, that's what you want.

A.R.E.S. is almost a Mega Man game. You get a character which has a array of guns, who runs through levels populated by enemies, and beats them by shooting them.

However this game falls short of that mark because a few features. While the hero doesn't defeat enemies and get their powers, he does beat an enemy and often gets an upgrade but he doesn't receive a specific power. In addition this is a linear game. There's five levels and the player has to beat each in order, though he's able to go back and replay old levels.

That doesn't make it a bad game, but anyone looking to replace the blue bomber with this game might feel it falls short, however the game is still a great game, and will remind players of Mega Man, even when it's clear this is different.

One big change in this game is the player is able to shoot in any direction, instead of just forwards and backwards, and that allows the player to have a better fluidity of motion. There's also a few alternate attacks that ramp up the power. There's a cannon that comes in and fires down, laying waste to enemies in the way. There's also a pair of grenades that can help destroy enemies in the way. However the grenades have ammo, and they have to be replenished almost constantly. The cost is cheap, but at the same time, this comes from the same currency you use to upgrade your weapons, so for my game I rarely used the grenades.

Overall though A.R.E.S. is a fun simple game. It's a bit short, though there's a difficulty mode that definitely will challenge the player, a number of achievements that have different challenges attached, and a scoring system for the die hard fans. For five bucks, it's easy to recommend this (or the remake). It might not be anyone's favorite game, but it's a rather enjoyable sidescroller.. Crazy-intense high-twitch side-scroller. Looks like a modernized version of Mega Man or Metroid, but plays more like Contra - lots of enemies coming at you all the time. It theoretically supports gamepad, but it plays nicely with keyboard-move, mouse-aim controls.

If that's what you're looking for, it's a lot of fun! Good graphics, good music, occasionally-frustrating-but-mostly-in-the-good-way gameplay.. A.R.E.S. Goes EXtinct

This is not a bad game, it is actually pretty decent. It looks great, has solid gameplay featuring some cool weapons, and decent level design. However, it does suffer from being way too short and lacking difficulty. That is not why I'm not recommending this game though. The reason is that they have an IMPROVED version for the SAME price now available! If you are interested in this title, then stop now and head to the A.R.E.S. Extinction Agenda EX page!

. A.R.E.S. is one of those games you can only recommend to a certain few. There isn't anything particularly special about A.R.E.S. and although it attempts to be a solid platformer, it falls short through a frustrating "crafting\/shop" system. The majority of items in the game require nearly all three of the specific currencies to construct and unfortunately, one of those currencies is in very short supply throughout the game. After three full playthroughs, the needed currency is always scarce. So farm if you must, though like any hardcore platformer fan, you'll persevere without the upgrades -- even if it kills you.

The game itself is rather short and each successive playthrough becomes shorter because you can keep your unlocked items. My final run through of the game was a little over 40 mins. The cutscenes are decently created in a typical "fanime" style. The story tries to be more than it is and is mostly ignored except in between chapters. There are only 5 chapters with none of the stage environments or enemies revealing anything about the world A.R.E.S. is set in.

I had hoped A.R.E.S. would've been more than what I played and because there is really nothing memorable about the game, I can only recommend this to those that play for the learning experience of game development.