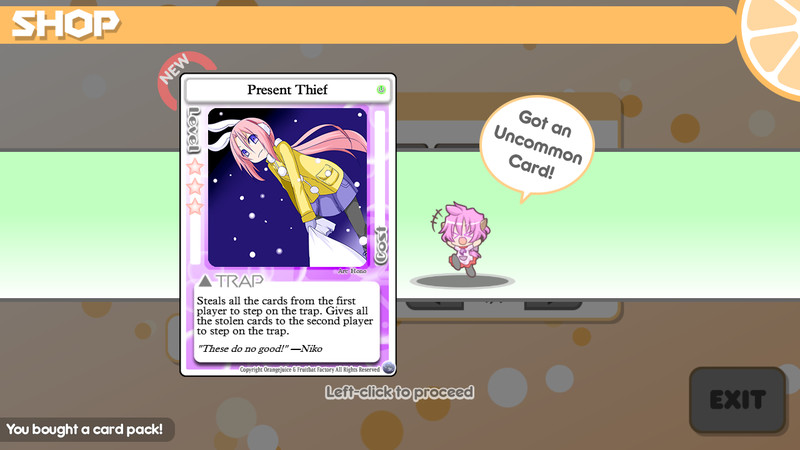 The cards of the set can be purchased from the in-game shop and used in both single and multiplayer. All cards in a multiplayer game can be used by all players via the center deck, even if they do not own the DLC. 7aa9394dea 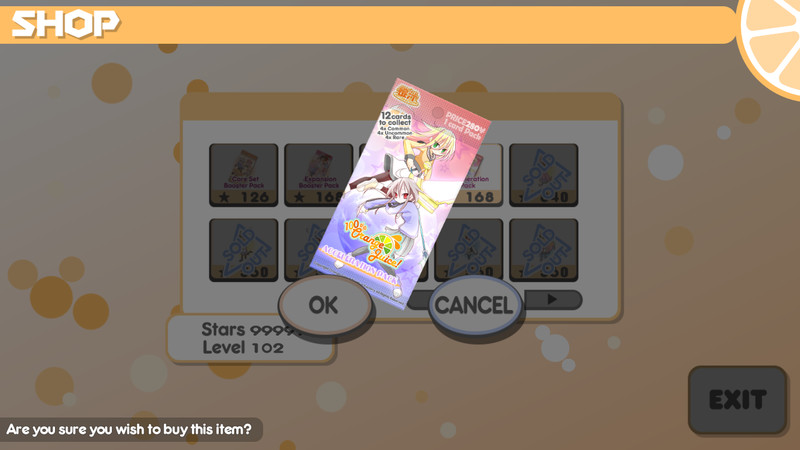 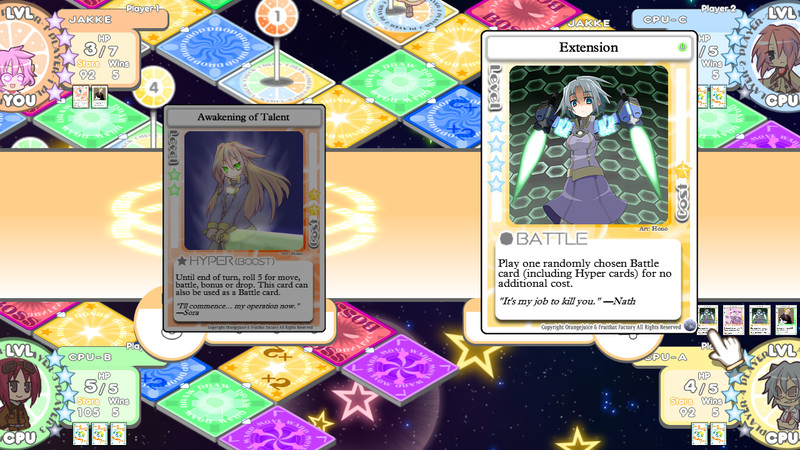 As someone who enjoys playing bullies like Starbreaker and Yuki, I find a lot of these cards as must haves.
-Windy Enchantment(+1 movement\/can't get norma when you hit home) and gentleman's battle(chose to fight someone across map who is at full health) are tools one can use to catch those fleeing squishies.
-Unlucky enchantment(leeches stars from player who has one in hand) can really slow star gain in a game. Players who die with one in hand are forced to lose stars until they revive and either discard it or force the debuff unto another random player.
-Quick Restoration (if you survive the battle, heal whatever damage was taken) allows one to fight others with much less reprussion to yourself.
-Accel hyper (double attack rolls) is just plain scary.

-Play of the gods; tfw you "Whimsical Whirlwind" as Poppo and everyone is at full health.. Personally I think this should be a free update. Splitting the player base with different cards is not cool. It is however more cards and it does give some variation to the game so buying it on sale could be worth it if you like the game to start with.. Great DLC, the content it adds is a lot of fun, and the new cards change the game a lot as well.. new cards <3. first review! :D