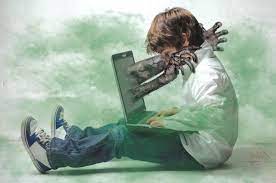 Cyberbullying is when someone uses technology to harass, threaten, embarrass, or target another person. It happens on devices like smartphones, computers, tablets, and gaming systems. Cyberbullying hurts people, and in some cases is against the law.

Sometimes cyberbullying can be easy to spot - for example, if your child shows you a text, comment, or post that is harsh, mean, or cruel. Other acts are less obvious, like posting someone's personal information, or using photos or videos that hurt or embarrass another person. Someone might make a fake account or screen name to harass and bully, so you don't know who the bully is.

Kids have almost constant access to their devices, so cyberbullying is hard to escape. Kids and teens can feel like they never get a break and feel the effects very strongly.

Cyberbullying that is severe, long-lasting, or happens a lot can cause anxiety, depression, and other stress-related disorders in victims and bullies. In rare cases, some kids have attempted or died from suicide.

Cyberbullies also can be suspended or expelled from school or kicked off of sports teams. Depending on the severity of the cyberbullying, kids also might be in legal trouble

Unfortunately, many children experience cyberbullying. And many of the children do not immediately tell their parents or guardians about it. That is why I recommend that you install mobile tracker free on your child's smartphone https://www.hoverwatch.com
This program records SMS, call history and audio, camera, locations, WhatsApp, Facebook, SnapChat, Skype, Telegram, Instagram, internet activity, calendar, contacts . This will give you the opportunity to find out with whom and what your child is communicating with.